The Alliance for Bangladesh Worker Safety today announced the election of the Honorable Ellen O'Kane Tauscher as the independent Chair of its Board of Directors.  The coalition of North American apparel companies and retailers, industry associations, and non-governmental organizations has been established to improve worker safety at Bangladeshi garment factories.  As Chair, Tauscher will serve a three-year term.

Tauscher brings significant leadership experience as an international negotiator, diplomat and policymaker to the Alliance from her service as a seven-term member of Congress and at the U.S. Department of State.  She was appointed by President Barack Obama as Under Secretary of State for Arms Control and International Security Affairs, and served from 2009 to 2012, helping to negotiate the New START Treaty between the U.S. and the Russian Federation.  She also served as Special Envoy for Strategic Stability and Missile Defense at the State Department, and while in Congress, served as co-chair of the congressional Iraqi Women's Caucus, which advocated for women's rights issues in Iraq.

“The respect Ellen has earned in Congress, the State Department, and the private sector will serve her well in the role as an independent leader and convener who can work with Alliance members and governments to pursue the critical safety mission and aggressive implementation schedule,” said Ambassador James F. Moriarty, an Alliance Board Member, and former U.S. Ambassador to Bangladesh.
Tauscher said, “I am excited to be part of this unique public/private partnership between companies and stakeholders who want to materially change the safety and work conditions of tens of thousands of Bangladeshi garment workers.” She added, “This is an enormous challenge, but one well worth the time, effort and investment, as it will not only provide real change for the Bangladeshi workers, but this Alliance endeavor could serve as a global model for collaboration.”

She also had a noteworthy career in the financial sector, serving as one of the first and youngest women to become a member of the New York Stock Exchange during a 14-year Wall Street career that began at Bache & Co. in 1974.  She also served as an officer of the American Stock Exchange.

In Congress, Tauscher represented California's 10th Congressional District, served in the Democratic leadership, and was a member of the House Armed Services Committee, and the Transportation and Infrastructure Committee.

At the start of a two-day Alliance Board meeting held this week in Chicago, the board of directors will welcome three new members to the Alliance, which brings the initial membership to 20 apparel companies and retailers and brands, including Costco Wholesale Corporation, Intradeco Apparel, and Jordache Enterprises, Inc.  With these additional members, more than $45 million has been committed to administer the programs developed by the Alliance over the next five years.

Board members will also be briefed on progress toward several significant milestones on the Safety Initiative that will take place next month, including development of a common Fire and Building Safety Standard and Inspection Protocol, and the fire and safety training curriculum that will be given to factory managers and employees.  In September, the Alliance expects to announce the selection of its operating team, including the executive director for the program.

Members of the Board of Directors of the Alliance include three other stakeholder representatives in addition to Ambassador Moriarty: Mohammad Atiqul Islam, president of the Bangladesh Garment Manufacturing and Exporters Association (BGMEA); Randy Tucker, global leader of the fire protection and safety team at ccrd, a Houston-based engineering firm; and Muhammad Rumee Ali, managing director of enterprises at BRAC, the international NGO founded in Bangladesh.  Four Board members from Alliance companies include: Daniel Duty, vice president of global affairs for Target; Jay Jorgensen, senior vice president and global chief compliance officer for Wal-Mart Stores, Inc.; Tom Nelson, vice president for global product procurement for VF Brands; and Bobbi Silten, senior vice president of global responsibility for Gap Inc. and president of Gap Foundation.

About The Alliance for Bangladesh Worker Safety

The Alliance for Bangladesh Worker Safety was founded by a group of North American apparel companies and retailers and brands who have joined together to develop and launch the Bangladesh Worker Safety Initiative, a binding, five-year undertaking that will be transparent, results-oriented, measurable and verifiable with the intent of improving safety in Bangladeshi ready-made garment (RMG) factories. Collectively, these Alliance members represent the overwhelming majority of North American imports of RMG from Bangladesh, produced at more than 500 factories.

Supporting associations include: American Apparel & Footwear Association, BRAC, Canadian Apparel Federation, National Retail Federation, Retail Council of Canada, Retail Industry Leaders Association, and United States Association of Importers of Textiles & Apparel. In addition, Li & Fung, a major Hong Kong-based sourcing company which does business with many members of the Alliance, will serve in an advisory capacity.  More information about the Alliance can be found at www.bangladeshworkersafety.org. 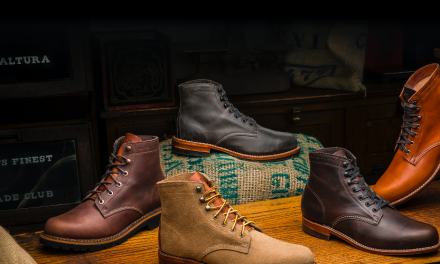