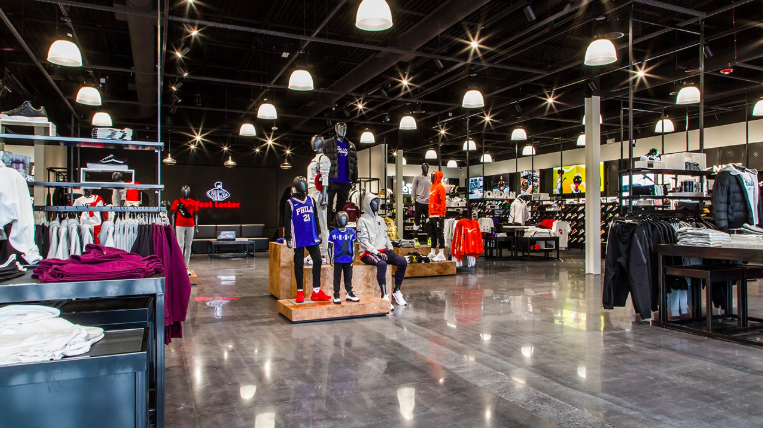 Foot Locker will open its first “Power Store” in New York City in the Washington Heights neighborhood at 605 W. 181st St. The 25,000-square-foot space is expected to open this fall.

The Manhattan store will feature such extras as a barbershop, sneaker cleaning, a gaming zone, an event space with a DJ and a space where customers can customize footwear with their own designs.

“Foot Locker’s new store will enjoy a larger footprint in one of Manhattan’s most vibrant up-and-coming neighborhoods, and will be a slam-dunk for the company’s new concept, which has been successfully implemented around the world,” said Craig Deitelzweig, president and CEO of Marx Realty.

“It’s our goal at Foot Locker to bring the excitement of sneaker culture to local communities around the world, and that’s what our new Power Store model is all about,” said Frank Bracken, VP and general manager of Foot Locker in a release about the Detroit location. “We’re focused on creating immersive brand connections that are authentically tied to the neighborhoods they serve; from the local store staff that we hire to the products and experiences we offer.”

The format made its U.S. debut in January in the Detroit suburb of Eastpointe. The larger concept is designed to inspire shoppers and build community by serving as a hub for local sneaker culture, art, music and sports.

Marketing and leasing for the property was managed in-house by a Marx Realty team led by Henry Henderson, VP of leasing.

At its Investor Day in March, Foot Locker announced plans to significantly its off-mall Power Stores format from five currently (Hong Kong, Liverpool, London, Detroit and Philadelphia) to more than 200 by 2023. About 20 openings are expected in 2019 and about 50 more in 2020.

The stores are much larger than Foot Locker’s traditional store. For example, the retailer’s Detroit Power Store is about 8,500 square feet of retail space. The stores feature expanded women’s and kids sections and broader spaces for enhanced storytelling. A major differentiator is the concept’s hyper-local focus, including featuring local brands, artists and entrepreneurs as well as an activation space that supports regularly-scheduled events.

The expansion of the Power Stores format is expected to reduce Foot Locker’s mall exposure to less than 70 percent by 2023 from 80 percent in 2018.