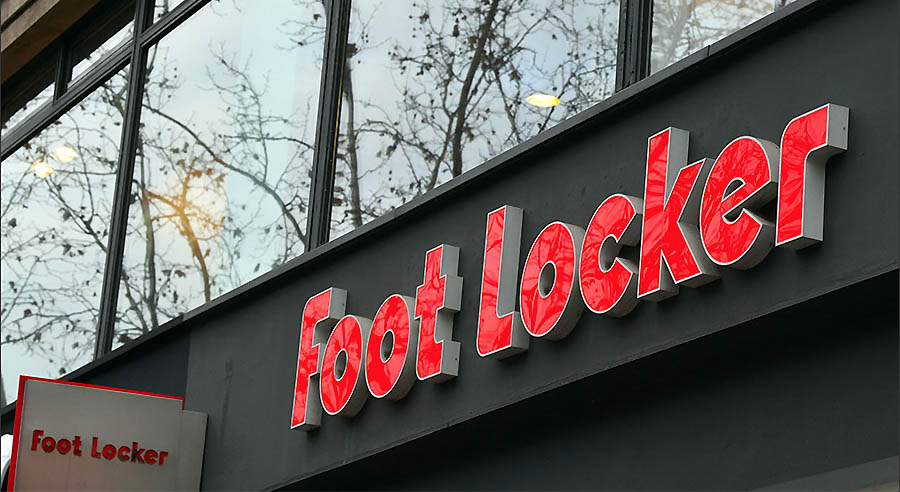 After closing most of its stores on March 17, Foot Locker is regaining traction at a slow pace as stores re-open in part because many of Foot Locker’s stores are in urban tourist areas that are seeing weaker traffic. However, even online sales were held back in the quarter as footwear sales are in lower demand with consumers focused on groceries and other essentials.

“The COVID-19 pandemic weighed heavily on our results as customers held back on non-essential items trends,” said Lauren Peters, EVP and CFO, on a conference call with analysts.

On the bright side, the business began to improve in early April when Foot Locker saw a significant ramp-up” in online sales. Peters said the online growth approached triple-digits in April, driven by pent up demand for on-trend styles in several high-heat launches.

Classic basketball styles remained the most sought after offering with Air Force 1 and AJ 1 being the key drivers across men’s, women’s and kids. Said Peters, “The Jordan retro business was strong and benefited from the Michael Jordan documentary series, ‘The Last Dance.’”

From Adidas, Yeezy continues to resonate with customers with each release selling out.

CEO Dick Johnson said that as of Friday, the company has taken several steps to protect the health of its employees and customers, fully leveraging investments in technology and digital capabilities over the past several years and protecting its financial position and flexibility. At the store level, over 1,400, or approximately 45 percent of its locations, have reopened with more stores scheduled to reopen in the coming weeks.

Said Johnson, “We are in the early stages of our road to recovery. Our plan is to build, be back and do better than before. Or, as we like to refer to it, “Build. Back. Better.’”

He noted, however, that while the retailer is seeing “strong results” at stores that serve local communities, sales have been “more challenging” at locations “more dependent on tourism.” He still believes there’s pent-up demand in the marketplace as evident by the retailer seeing “meaningful improvements” in conversion rates.

Johnson added, “There’s certainly some stimulus money and tax refund money that’s been in people’s pockets for a while so that they certainly are excited to get out and shop.”

In the quarter ended May 2, the company reported a net loss of $98 million, or 93 cents per share, compared to net income of $172 million, or $1.52, in the corresponding prior-year period.

During the first quarter, the company recorded a pre-tax charge of $1 million related to administrative costs for its previously-disclosed pension matter. In addition, the company recorded a tax charge of $27 million arising from a periodic revaluation of certain intellectual property rights pursuant to a non-U.S. advance pricing agreement. Excluding these items, the non-GAAP loss was 67 cents per share during the first quarter, compared to the non-GAAP earnings of $1.53. Results were well below Wall Street’s consensus estimate calling for a loss of 17 cents.

On a comp basis, double-digit declines were seen across every region and banner driven by its store channels and Eastbay. Stores posted a 53.4 percent comp decline while direct-to-consumer (DTC), or its online channel, strengthened as the quarter progressed and showed a 14.3 percent gain. As a percent of sales, DTC rose to 30.8 percent of sales, up from 15.4 percent last year.

Gross margins decreased to 23.0 percent from 33.2 percent a year ago, and the SG&A expense rate increased to 26.9 percent from 20.0 percent in the first quarter of 2019. The deleverage for both gross margin and SG&A reflects the significant decline in sales due to the COVID-19 related store closures.

Foot Locker said it has taken numerous actions to control costs, bolster its financial position and increase liquidity in response to the pandemic. Actions taken by the company to preserve cash and increase liquidity include: borrowing $330 million under the company’s $400 million credit facility; limiting capital expenditures to essential projects and reducing the full-year capital expenditure forecast by 50 percent to $138 million; minimizing non-essential spending, including reductions in marketing, extending payment terms, limiting rent payments, and reducing merchandise purchases; and reducing salaries and deferring incentive compensation for the CEO and senior executives.

The moves to control costs also included a decision not to pay April rent. Said Johnson, “We continue to work with our landlords to come up with a longer-term resolution for April and the coming months as the retail marketplace evolves.”

As of May 2, inventories were $1.46 billion, 20.4 percent higher than at the end of the first quarter last year.

Peters described the inventory position as a “sound result” given that overall sales were down 43.4 percent. Foot Locker said it continues to work with its vendor partners to best manage inventory, including canceling or delaying orders, adjusting future orders and securing its assistance in helping clear inventories. Said Johnson, “We anticipate a more promotional environment in fiscal 2020. However, we’re working with our vendor partners to ensure that we end the year in an appropriate and healthy inventory position.”

The company’s cash and cash equivalents at the quarter’s end totaled $1.0 billion, while the debt on its balance sheet was $451 million, which includes $330 million borrowed from the company’s credit facility.

Relatedly, Peters said the company is evaluating approximately 70 stores with long-lived tangible assets of $50 million for potential impairment. Approximately half of the locations relate to Runners Point and Side Step.

Foot Locker also indicated it’s moving forward with plans to combine Champs Sports and Eastbay under a single leadership structure in order to “broaden the appeal to the sports-obsessed high school athlete,” said Johnson. Positions will face restructuring as select Eastbay operations will be consolidated from Wausau, WI into Champ Sports headquarters in Bradenton, FL. 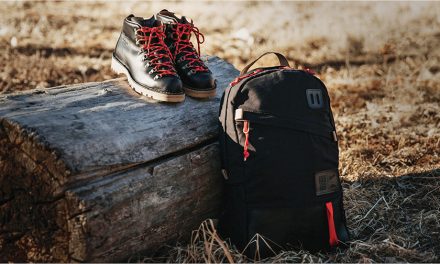