Foot Locker, Inc. Takes its Lumps in Q4 and Gears Up for Improved 2008 Comps…

Foot Locker, Inc. suggested that the 2007 Holiday season was one of the most difficult retailing periods in the U.S. in many years, but the worlds-largest-athletic-specialty-retailer saw the trend early and aggressively liquidated inventories to end the year in a cleaner position than they have in some time.

Like most of the feedback Sports Executive Weekly has heard from mall retailers, the tough quarter and year was due in large part to weak traffic and was exacerbated by less-than-compelling product.  Foot Locker feels it is well positioned for the year as they start the current quarter with improving comps, less aged inventory, and better product flowing through the door, including bigger commitments in performance apparel from Nike, adidas and Under Armour, which will roll out to 1,000 doors this spring.  After the negative trends in recent quarters, the retailers outlook for the current year assumes flat comp store sales, but earnings estimates of 65 cents to 85 cents fell short of Wall Streets expectations  for $1.01 a share as management plans conservatively in a weakened economy.

Gross margins fell 630 basis points to 25.4% of sales in Q4, reflecting the aggressive liquidation efforts in the quarter after taking a less promotional stance in the prior-year quarter.  Merchandise margins declined 470 basis points and deleveraging of buying and occupancy rates added another 160 basis points to the decrease.

U.S. footwear sales decreased in mid-single-digits and apparel and accessory sales decreased in double-digits. On the U.S. footwear side, the men's business decreased in mid-single-digits, kids decreased low-single-digits and women's decreased in low-double-digits. Men's basketball and running sales were said to be positive, with very solid gains in Marquee styles.  Sales were also very strong at the lower price canvas category, “led by various Chuck Taylor assortments.”  Men's footwear sales in the Classics category continued to trend down, with the exception of premier assortments from Nike.  When asked by an analyst if the category had bottomed out, company Chairman and CEO Matt Serra replied, “I don't think they could go any lower.”

Sales in the fashion athletic category, dominated by low-profile styles, and boot sales were also extremely weak. Average footwear selling prices in the U.S. decreased about 1% versus last year, adversely impacted by a higher markdown rate which management said is more than offset by the positive shift towards selling a greater percentage of higher priced footwear.  U.S. apparel sales continued to be weak, extending the trend that FL said they had experienced all year.  Apparel sales were weak across almost all categories, including licensed, branded and private label.

While Mr. Serra said that Geox has turned out to be a very pleasant surprise, they dont really see the brown shoe piece as a very large piece of the business going forward.  “We're basically sticking with our long-term strategy of being [an] athletic footwear and apparel store,” said Serra.

In Europe, management said that both footwear and apparel contributed to the mid-single-digit comp store sales decline, with both businesses decreasing in mid-singles for the period.  Similar to the U.S. business, Serra said they continue to see “encouraging signs that the higher priced technical running footwear is coming back into fashion.”  He said they generated “strong gains” in men's Marquee running, men's basketball and tennis footwear. He described the trend in low-profile product as being in a “steep decline.”

Average selling prices in Europe declined low-single-digits, reflecting the higher markdown rates that were required to liquidate some of the slower selling casual footwear styles.

Canada sales comped down in low-single-digits, but the division's profit was “in line with last year” and continues to run at a “very solid double-digit margin rate.”

Foot Locker generated its highest sales and profit percentage increases in the Asia-Pacific division, which posted “very solid results all year on top of a strong year in 2006.” Foot Locker Australia increased in high-single-digits. Serra said the fourth quarter was “particularly rewarding” in the division as profit rates approached double-digits. 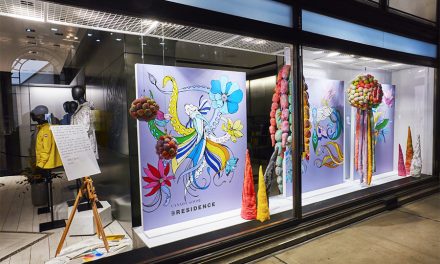 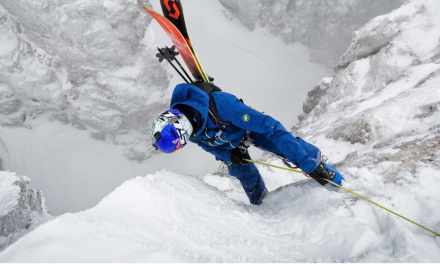