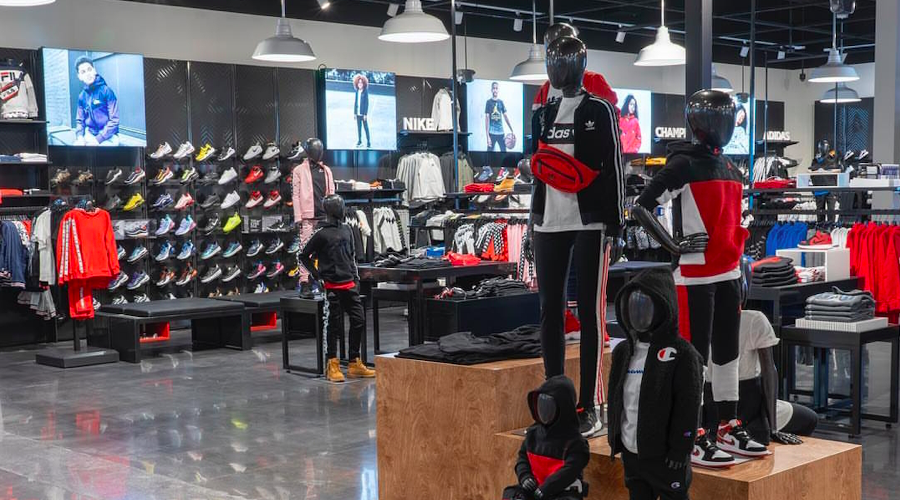 At its Investor Day, Foot Locker Inc. didn’t alter its long-term growth goals but officials detailed how new store concepts, fresh engagement approaches and other digitally-savvy concepts would significantly reshape the retailer in the years ahead.

Overall, the five-year plans through 2023 calls for:

Newer initiatives revealed at the event included plans to ramp up the expansion of its power store concept. Asia will also be a focus. Foot Locker officials also talked up the launch of a new banner-wide loyalty program and an internal incubator program to drive new ideas.

But much of the discussion focused on how Foot Locker is working to stay relevant in an environment where consumers are discovering new brands and trends faster than ever. A new purpose, “To Inspire And Empower Youth Culture,” was introduced as a signal of how important connections will be in the future and how Foot Locker wants to be viewed by sneakerheads as much more than a place to buy shoes. Capitalizing on consumer data and improving productivity were other broader themes at the event.

“We came away from the event with incremental confidence in our bullish call on the stock, as we believe management is making prudent investments in the underlying business to ensure a continuation of sustainable growth for the foreseeable future,” wrote Matthew McClintock at Barclays in a note. “Near term, we expect investors to now switch their focus back toward current trends that reflect ongoing strength from a product pipeline with ample heat, which should drive comp store sales growth that appears like a bargain at only 11.5x 2019 EPS.”

Some analysts noted how Foot Locker compellingly underscored the strength of its partnerships with vendors. Internally, steps have included the restructuring of Foot Locker’s merchandising team to support vendor collaboration. Officials highlighted collaborations such as Nike’s Home & Away packs and Adidas’ Speedfactory partnership. Commentary from execs at both Nike and Adidas also called out their commitments to additional collaborations with Foot Locker around product, in-store activations and delivering other experiences.

“Based on the company’s 2023 financial objectives, it’s clear that management sees FL on a path to sustained momentum despite ongoing investor concerns around vendor DTC strategies,” wrote Paul Trussell, at Deutsche Bank, in a note. “Management emphasized the importance of its strong partnerships that not only elevate FL but the brands themselves.”

Camilo Lyon, at Canaccord Genuity, believes Foot Locker’s moves are closely following Nike’s moves and both should benefit. He said, “We see many parallels between FL’s and NKE’s efforts to create a longer lasting, emotional, and ultimately more valuable relationship with the customer through experiences. “

Lyon added, “The harmony between the two is now clear and we believe both will benefit from a mutually aligned go-to-market strategy that puts the customer first.”

At Jefferies, Janine Stichter said her firm’s “Buy” rating has largely been based on the chain benefiting from Nike’s resurgence. About two-thirds of Foot Locker’s product comes from Nike. But she now believes the stock’s next move will rely more on Foot Locker’s ability to enhance its relevance to its core customer in the long term.

Stichter wrote in a note, “Plans outlined by the company boost our confidence in its ability to do this, as efforts to elevate the customer experience, leverage data, and capitalize on growth opportunities (power stores, Asia) should support top-line growth/margin expansion.”

On the growth front, the big news was Foot Locker’s plan to significantly expand its larger, off-mall power stores format from five currently (Hong Kong, Liverpool, London, Detroit and Philadelphia) to more than 200 by 2023. About 20 openings are expected in 2019 and about 50 more in 2020.

The stores are much larger than Foot Locker’s traditional store. For example, the retailer’s Detroit power store is about 8,500 square feet of retail space. The stores feature expanded women’s and kids sections and broader spaces for enhanced storytelling. But a major differentiator is the concept’s hyper-local focus, including featuring local brands, artists and entrepreneurs as well as an activation space that supports regularly-scheduled events.

The expansion of the power stores format is also expected to reduce Foot Locker’s mall exposure to less than 70 percent by 2023 from 80 percent in 2018.

Also on real estate, Foot Locker noted that it’s opened ten high-profile stores over the last three years and more are coming to support branding as well as new ideas. Investments in its core fleet, particularly in elevating convenience and storytelling, will also continue.

Internationally, the big expansion vehicle over the next few years is expected to be Asia. Foot Locker first entered the region in 2018 with the opening of three stores in Singapore and one each in Hong Kong and Malaysia as well as with its digital entry in a partnership with Tmall. Foot Locker touted the potential for more than 150 stores in Asia in the long term in addition to sizeable online opportunities. An expanding middle class, digitally-connected youth and broad passion for sneaker culture are all expected to support Foot Locker’s multi-brand ambitions in Asia.

A new launch revealed at the event was FLX, a rewards program that will replace banner-specific, discount-oriented programs. Already rolling out at Lady Foot Locker, FLX will reward consumers across banners to hopefully drive broader engagement and retention. Points will also be focused on experiential benefits, including early access to product releases, banner gift cards, chances to enter sweepstakes to win prizes such as autographed shoes, and donations to causes. Members in the tiered program also earn free shipping and access to events. The program will roll out globally in 2019.

To spur innovation, Foot Locker said it recently established the Greenhouse incubator program that “serves as a platform to empower, create, and invest in the next great ideas.”

One focus for Greenhouse will be on supporting Collaborations that “push the boundaries on design, category, and distribution.” A second will be on Concepts that elevate brand and product storytelling. Finally, a broader Think Tank focus supports “organizational future-forward ideas, key relationships, and conversations that may or may not have product attached, for the banners to evaluate.”

Greenhouse will operate outside Foot Locker’s corporate hierarchy to encourage the exploration of outside-the-box ideas.

Relatedly, Foot Locker officials spent a significant amount of time discussing how it hopes to leverage its numerous investments largely over the last year – Super Heroic, Rockets of Awesome, Pensole, Carbon38, and GOAT Group/Fight Club – to spur innovation at Foot Locker’s banners. The upside of the growth potential of the start-ups was also touted.

Foot Locker officials also related how investments are being further made in both physical stores and its digital platform in order to elevate the customer experience. Leveraging vendor partnerships to support unique assortments, enhancing storytelling around product, better-utilizing influencers and celebrities to drum up excitement, and delivering more experiences to consumers are priorities. Merging the physical and digital worlds as well as leveraging data to improve personalization and fine-tune marketing will also be an emphasis.

Productivity gains are expected to come from the rollout of a new POS system, a new scalable cloud data platform, and a shared inventory system. Supply-chain investments are also expected to quicken turnaround times.

In the near term, Foot Locker officials reiterated full-year guidance and noted a mid-single-digit comp for 1Q is “appropriate.”

Jefferies’ Stichter, who has a “buy” rating at an $80 target price, noted that the five-year outlook for mid-single-digit sales growth and low-single-digit EBIT margin “strikes us as reasonable.” She added, “The forecast leans heavily on cost leverage and is thus somewhat top-line reliant, though we were encouraged by plans to improve store payroll efficiency through technology.”

Deutsche’s Trussell, who has a “Buy” rating with a $73 price target, noted that investors at the event had questioned Foot Locker’s ability to reduce the SG&A rate to a range of 18 to 19 percent with the implication that the retailer’s spending rate would significantly drop. Trussell noted that Foot Locker expects improved data insights to drive marketing efficiencies.

Trussell added, “We reiterate our Buy rating and view FL as an inexpensive retail stock (especially given comp momentum and bottom-line growth) with a strong product pipeline, a solid balance sheet, and in a favorable sector, positioned as the most important wholesale partner to the majority of its vendors.”

Canaccord Genuity, which has a “buy” rating at an $82 price target, raised his 2019 and 2020 comp/EPS estimates. Barclays has an “Overweight” rating and an $85 price target.