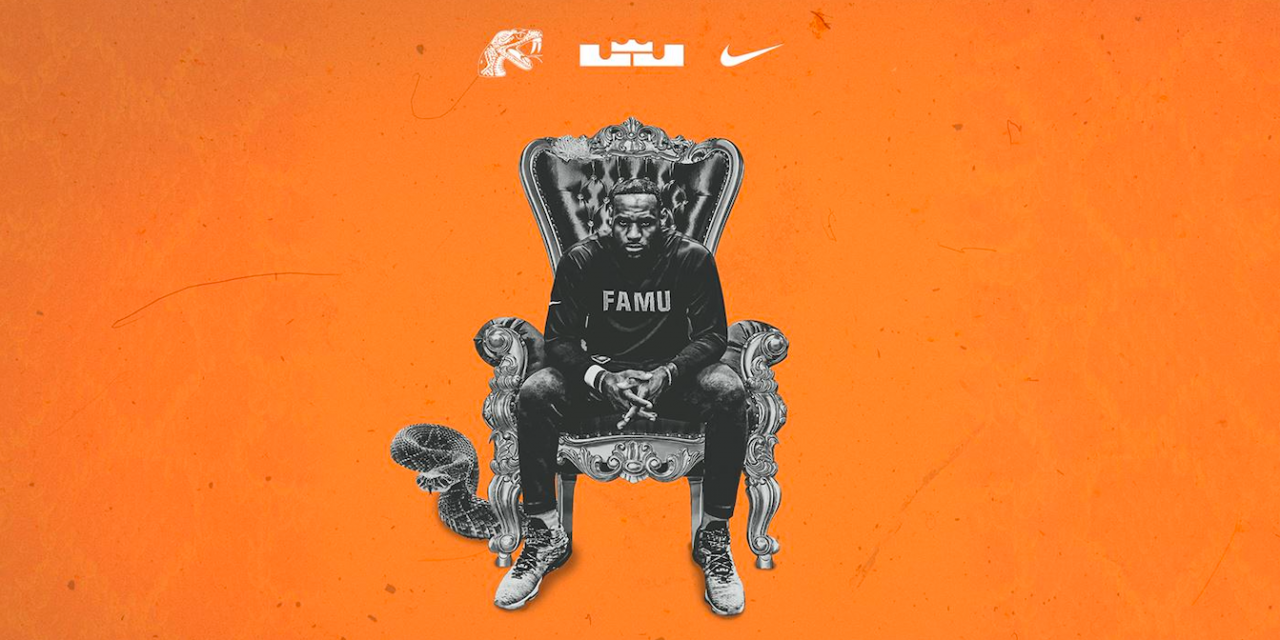 Florida A&M Athletics (FAMU) announced a six-year agreement with Nike Inc., to make Nike the official athletic footwear, apparel and equipment provider for the Rattlers beginning July 1, 2021. The team will be outfitted with LeBron James uniforms, apparel and footwear.

“FAMU is an elite institution with a rich tradition, and our student-athletes deserve an experience that is second to none. As we transition into a new athletic conference and the opportunity to engage apparel partners, the 23-year relationship with Nike and their commitment to culture, diversity, inclusion, and innovation have never been clearer,” said Florida A&M’s vice president and director of athletics, Kortne Gosha.

“My executive team and I are focused on setting a new standard and our top priority is to align with the best quality and most innovative products, brands and resources that position our student-athletes and coaches to compete for championships. This partnership allowed us to reimagine, challenge the norms of our industry and be the model for leveling the playing field with the most significant investment in the American jewels known as historically Black colleges and universities by any footwear and apparel company.”

The agreement will serve the university’s athletic department, all 14 of Florida A&M’s sports programs and the Marching 100 band. Nike will supply all team footwear, uniforms, apparel, and equipment. Florida A&M’s sports teams will be outfitted in LeBron James uniforms, apparel and footwear, including footwear designed for the University as part of this relationship.

“Florida A&M has a rich tradition of excellence on the court and field, which not only includes athletic success but equally important is academics, preparation for future careers and community engagement,” said Sonja Henning, Nike vice-president League Partnerships, North America. “Through our continued relationship with Florida A&M Athletics, we’ll have the opportunity to partner with some of the country’s preeminent student-athletes and the next generation of leaders.”