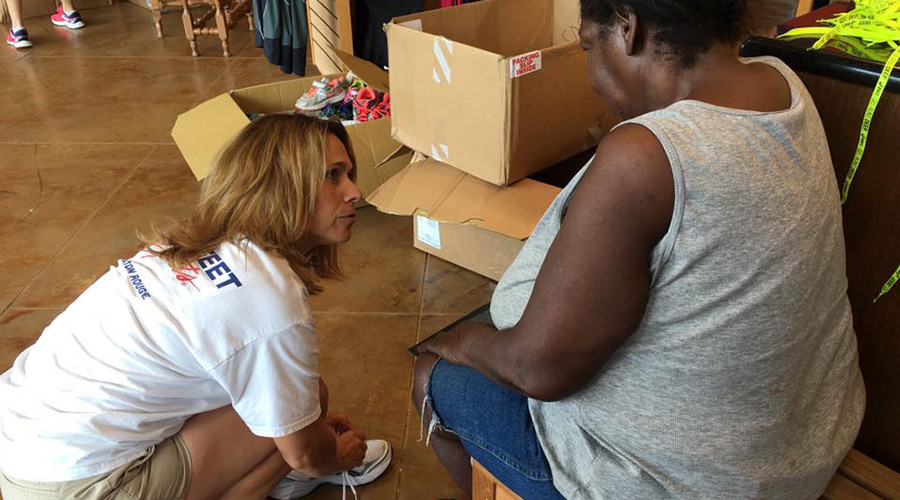 How a Fleet Feet owner became the liaison for Baton Rouge flood relief during the busiest retail month of the year.

On Saturday morning August 13, Fleet Feet Baton Rouge Owner Michelle Forte went to open her specialty running shop, just as she had for the last nine years. The difference that day: the store was a ghost town.

Following a night of extreme rainfall, the city of Baton Rouge, LA was beginning to flood into what would become a historic state of emergency, and one of the worst U.S. natural disasters in the past decade. According to FEMA, 20 parishes were designated as deferral disaster areas in the floods’ aftermath.

The weekend passed and upon waking up Monday morning for an early swim (Forte’s an Ironman triathlete training for a race in late September), the reality set in that her business would be at a standstill. Forte decided to skip her training swim and instead headed to a local shelter with old race shirts. She asked her longstanding Fleet Feet customers and the general public to donate anything they could, which Forte would then drive back to the shelter from her running shop.

“It started with two boxes,” Forte told SGB. “Then the email came from Fleet Feet Memphis.”

What began as a simple plan to distribute shoes to flood victims at her Fleet Feet shop would within weeks place Forte at the center of grassroots relief efforts around Baton Rouge. During the month of August Forte drove goods throughout the city, becoming the intermediary between the Red Cross and local organizations, hospitals, churches and individuals. On a day she would ordinarily be selling a pair of Asics or placing orders for next winter, she was driving to the Salvation Army to pick up Fruit of the Loom underwear, or Walmart for diapers and baby formula. All of this took place during what should have been one of her busiest retail months of the calendar year with back-to-school sales.

Donations Pour In
Forte didn’t have a family member affected by the flooding — her sister, who owns a chocolate business in Baton Rouge, was safe — so she channeled her energy into doing what she could with her retail shop.

Using the Fleet Feet store as a base, Forte asked for shoe donations. Sibling retailer Fleet Feet Memphis drove to Baton Rouge to hand-deliver 800 pairs. A news crew came by to interview Forte about her small efforts, and by 11 a.m. the next day every pair had been handed out.

That’s when calls from vendors came rolling in. Sock brands Balega, Feetures and Swiftwick sent loads to Forte’s shop. The next was Asics, whose tech reps shipped shoes to Louisiana from around the country. Then Mizuno reps started sending apparel and shoes.

Forte realized there was a need for kids shoes, and within a couple weeks Brooks Running Company sent 500 kids and adult shoes. “They said they held a ‘packing party,’ bundling all the products they could spare,” Forte said. Mizuno’s rep for that area personally drove in from Memphis to see what support Forte needed and told her 500 pairs would arrive shortly. 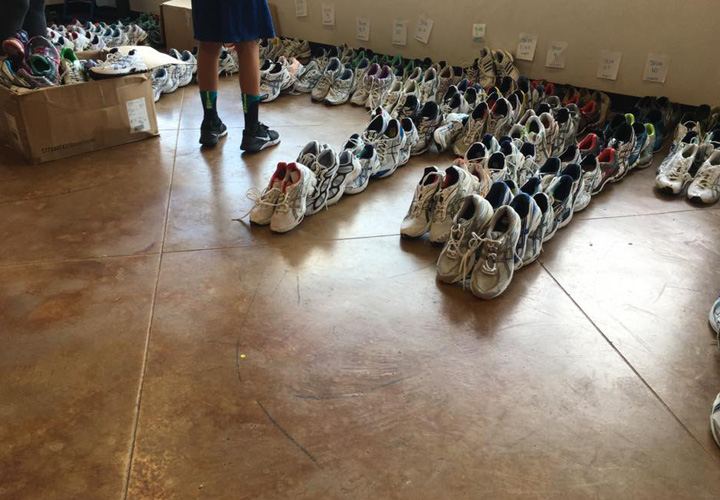 Forte, who has experience in endurance event planning, changed her strategy, making Fleet Feet the sorting hub. She had organizations send lists of what they needed and Forte, plus close friends and an eight-member employee crew, made deliveries.

Pearl Izumi, which recently announced its exit from the run category, reached out to Forte with an offer to donate 4,000 shoes to her cause. New Balance also donated, while Skechers Performance came in with a carload from Austin.

More Than Footwear
At the tail end of August, the Director of Pediatrics at Our Lady of the Lake hospital, Dr. Ashley Saucier, caught wind that Forte had shoes. Dr. Saucier came to the Fleet Feet shop exhausted, sharing with Forte that there was a grave disconnect preventing the shelters from getting the aid products they needed. Many donations were being turned away because of a shortage in sorting power. The effort needed a liaison, and guess who volunteered.

Forte, who was born in a small town outside Baton Rouge and has been in the city since she was 17, offered a local perspective to the problem. “Everyone working the shelter wasn’t from Baton Rouge,” she told SGB.

For the next two-plus weeks, Forte and Dr. Saucier devoted their time to collecting shelter lists and going to the Red Cross to fill them and return the items to the organizations helping flood victims. One trip took Forte to Livingston Parish, an area desperately affected. Before the event of the flood, the area Chamber of Commerce initiated a program that used funds from local businesses to outfit underprivileged children with shoes. With the flood, businesses were closed. Forte was able to fill the needs of the organization before turning sights to the next one in need.

And everyone was in need. “The floods didn’t discriminate by age or income,” she said.

Backed By Fleet Feet
The silent supporter through Forte’s efforts had her back since day one. Parent-company Fleet Feet let Forte go to work for her community during the catastrophe.

“I got a call from Joey [Pointer, Fleet Feet Incorporated Chief Financial Officer] Monday morning when it all started. I said, ‘I don’t know what to do. Financially I’m scared,’ and he said, ‘Don’t worry about it. We’ll handle the vendors,’” Forte recalled to SGB.

But Forte is ready to inch back to normalcy. After she and an employee hand-deliver 4,000 Pearl Izumi shoes to an area of Baton Rouge overrun with poverty and hit particularly hard, she’ll wake up the next morning and open her running shop like she always did before the flooding.

To donate to victims of the Baton Rouge flood, Forte and Dr. Saucier recommend sending donations in the form of gift cards from the following retailers: Target, Walmart, Lowe’s and Home Depot, along with backpacks and socks. Donations can be mailed to Fleet Feet Baton Rouge, Attn: Michelle Forte, 6251 Perkins Road, Baton Rouge, LA 70808 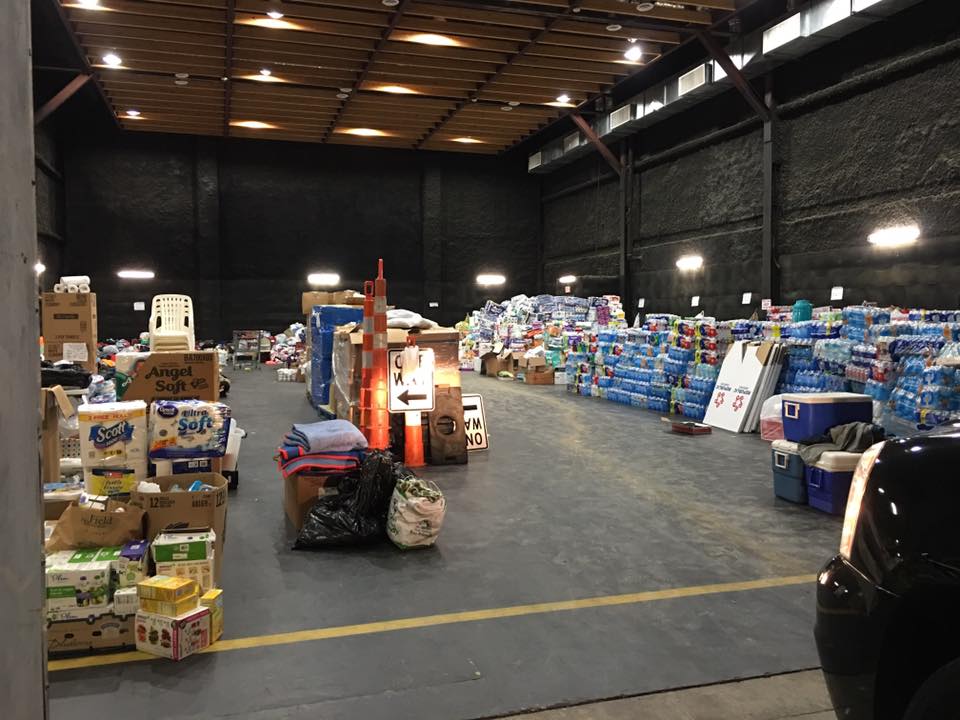 Monday morning after flood when Forte realized something had to be done. She skipped swimming, brought all race shirts from store and items from her house to a shelter. 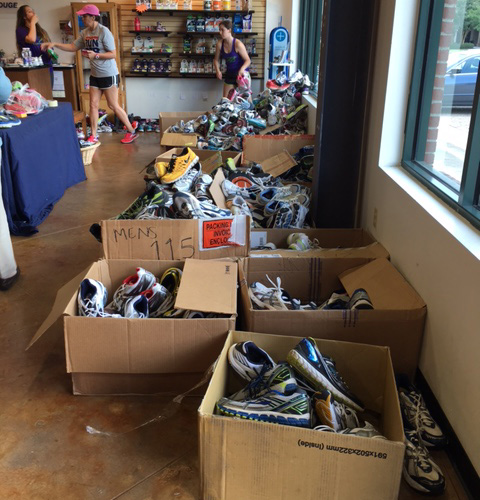 First round of sorting at Fleet Feet Baton Rouge. 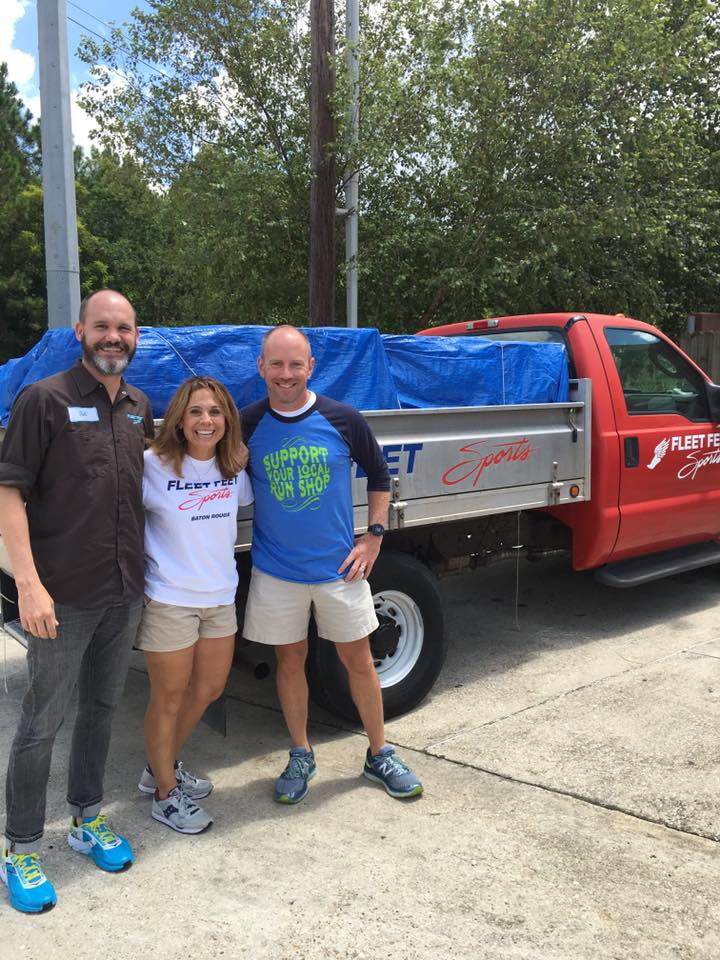 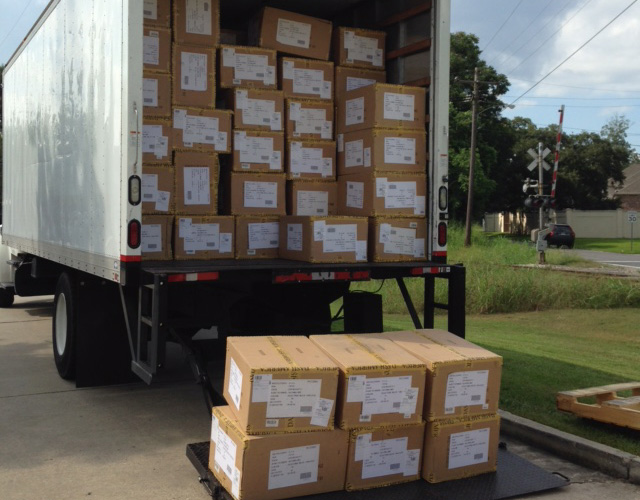 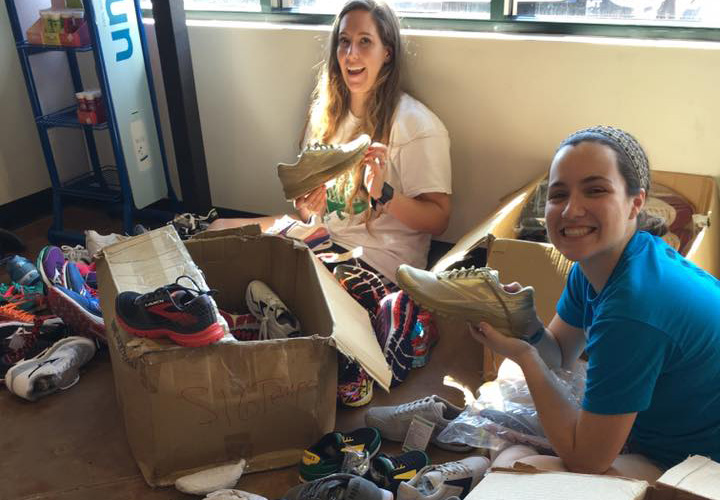 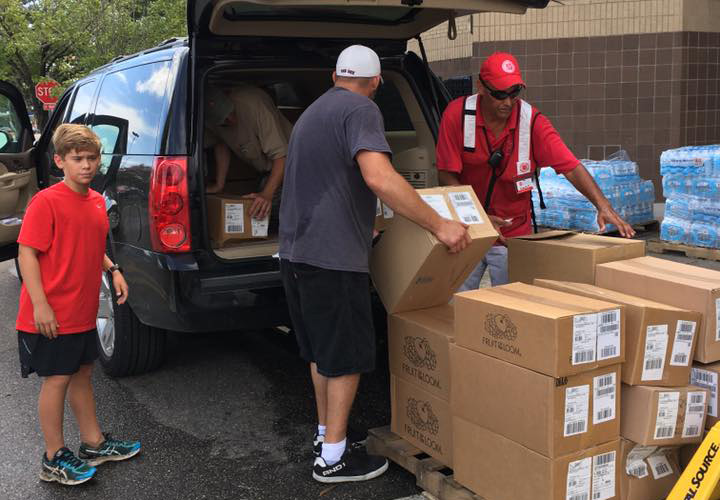 Forte’s personal vehicle at Salvation Army picking up Fruit of the Loom underwear to provide for a shelter. Forte’s son on left, Steven Mayer. 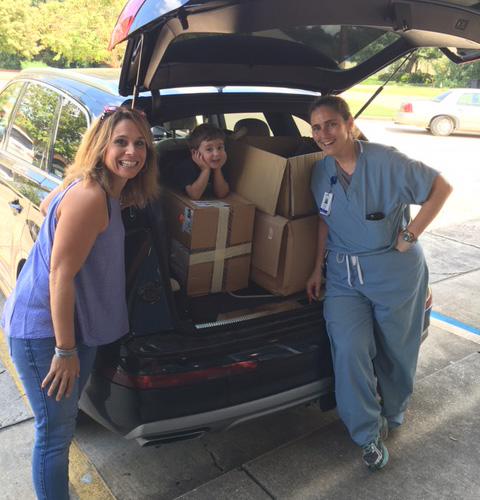 Forte and Dr. Ashley Saucier, head of pediatric emergency room at Our Lady of the Lake hospital. 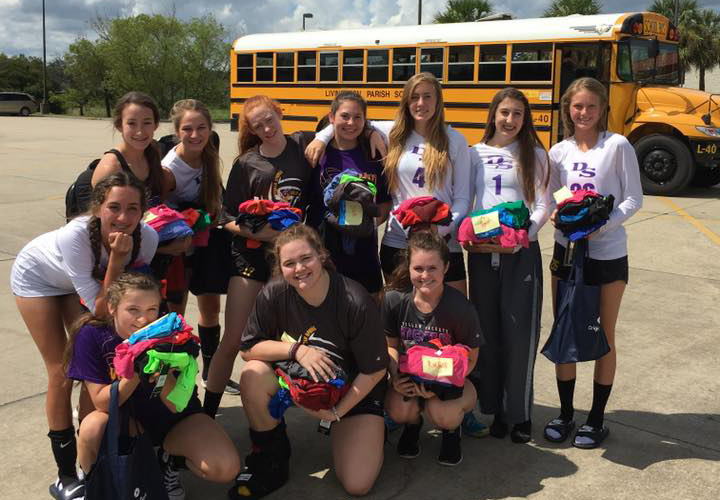 Denham Springs High School, where the flooding was the worst gets shoes and apparel from Forte