With more than 50 shops currently operating throughout the United States, Canada, Guam and the Caribbean, Flip Flop Shops announces it will expand its footprint to 90-plus shops by the end of 2012, with an additional 40-plus already in the pipeline for 2013 openings.

“We're the first and only company to build a concept that capitalizes on the massive market potential of flip flops and sandals by taking the booming, specialty-retail sector mainstream through well-managed, strategic expansion,” said Brian Curin, the President (Size 10) of Flip Flop Shops. “We have a unique, spot-on concept and the right people behind its development. By focusing on growing with the right franchisees, providing the ultimate consumer experience, and offering the hottest brands, we developed a breakthrough brand that is attracting a cult-like following. We kicked our growth up a notch in 2011, but we're taking Flip Flop Shops to the next level in 2012.”

While the past few years have been challenging for most retailers, the global retail chain exclusive to the hottest brands and latest styles of flip flops and sandals has defied the odds and grown its franchise system at a record pace.

Since launching its franchise opportunity in 2008, Flip Flop Shops has received more than 10,000 franchise applications, continuously moved up the ranks of Entrepreneur's prestigious Franchise 500 ranking, and generated nearly $4 million in franchise fees and over $16 million in system-wide sales with significant same-shop sales growth. In 2011, the lifestyle franchise nearly doubled its number of locations. Recent company accomplishments include:

Recognized in the 2011 Inc. 500|5000 listing as the sixth fastest-growing franchise and 12th fastest-growing retailer in the nation, the brand continued its Free Your Toes® promise and grew with more than 40 signed franchise agreements, including expansion into the U.S. Virgin Islands and Puerto Rico.

“Flip Flop Shops was created to fill a distinct void in the retail industry while promoting the flip flop lifestyle and culture,” said Darin Kraetsch, the CEO (Size 10) of Flip Flop Shops. “Take a look at our growth–it's proof that there are droves of people who are just as passionate about freeing their toes as we are. From our executive team and corporate support to shop owners and their staff, all have played an integral role in expanding this niche concept worldwide despite an unfavorable economy. We're thankful for the support and look forward to an even more epic 2012.” 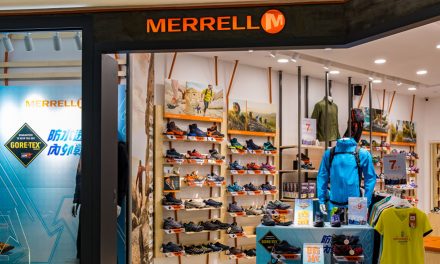