“At Fitbit, we are focused on encouraging lasting behavior change that can lead to positive health outcomes, and have seen firsthand how making health and fitness fun through gamification leads to great results,” said James Park, co-founder and CEO of Fitbit. “Matt’s track record of building beloved brands across platforms and developing new revenue models for the gaming industry will be a tremendous asset for our team as we continue our focus on delivering smart, engaging software experiences and look to expand our paid service offerings to millions of users around the globe.”

As COO of Zynga, Bromberg is responsible for the worldwide operations of the company’s game studios in addition to leading its technology, data science, analytics and design organizations. Prior to joining Zynga, Bromberg served as senior vice president of strategy and operations for mobile gaming at Electronic Arts Inc., where he ran the group’s technology, production, strategic planning and business operations. While at EA, he helped introduce new revenue models for the gaming industry, including mobile games micro transactions and new service revenue models. Before that, he was group general manager of EA’s Bioware studios, leading a global team that built hit gaming franchises such as Star Wars, Dragon Age, Mass Effect and Command & Conquer.

Prior to joining EA, Bromberg was the founder and CEO of I’mOK Inc., creator of a location-based gaming and communication platform for families. Before that, he was president and CEO of eSports company Major League Gaming, helping to grow the company from a startup to one of the largest competitive video gaming leagues in the world. He also held a number of senior roles at AOL, including senior vice president and general manager of Moviefone, general manager of consumer products and General Manager of online gaming.

“Over the last decade, Fitbit has developed an entirely new way for millions of people to make their lives better and have fun with health and fitness. At the same time, Fitbit has created one of the largest health and fitness databases in the world, which presents an incredible opportunity to build upon the company’s software and services offerings and create new revenue streams,” said Bromberg. “I look forward to working with James and the talented Fitbit team on their next chapter of growth.” 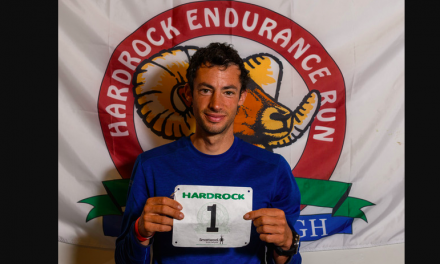