Finish Line Sells JackRabbit For Nothing 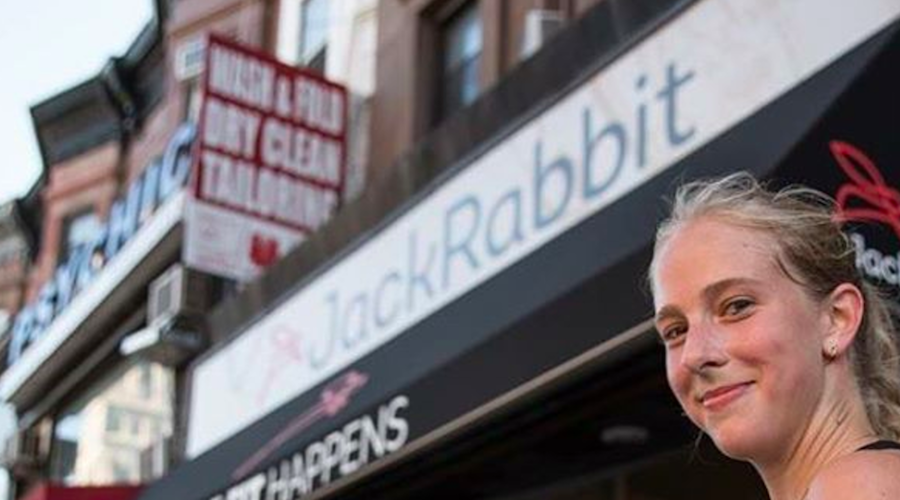 The Finish Line wound up selling JackRabbit, its unprofitable specialty run business, for a purchase price of “zero,” according to a regulatory filing.

The business, which includes 65 stores operating under a number of banners, was sold to CriticalPoint Capital, LLC, the Los Angeles based private investment firm. The deal was first announced on January 27 and the sale was completed on February 24.

As part of the sale agreement, the filing noted that Finish Line had to make a payment of $8.3 million into the JackRabbit business as part of pre-closing restructuring and must make an additional $700,000 payment to CriticalPoint Capital, on or before September 30, 2017. The $700,000 payment is subject to customary working capital and other adjustments.

CriticalPoint Capital acquired all JackRabbit assets, inventory, leasehold interests, customary liabilities, intellectual property, and the JackRabbit trademark and name. According to the filing, as of November 26, JackRabbit showed current liabilities were $13.3 million with deferred credits from landlords amounting to $1.98 million.

As far as assets, JackRabbit had $9 million in cash, representing the $8.3 million payment and $700,000 payable to CriticalPoint Capital. Merchandise inventories were $26.2 million and property and equipment was valued at $3.99 million.

Finish Line’s 8K filing shows that JackRabbit had revenues of $89.9 million in its year ended February, 27, 2016, showed an operating loss of $12 million and a net loss of $7.03 million. The loss included $5.05 million in impairment charges and store closing costs.

In the nine months through November 26, 2017, sales at JackRabbit were $69.1 million. The segment showed an operating loss of $50.2 million that included impairment charges and store closing costs of $44.3 million.  The net loss for JackRabbit in the nine months was $18.6 million.

In March 2015, Finish Line put the brakes on any further expansion of the specialty business while it focused on improving the segment’s profitability. In November 2016, On Finish Line said it hired Peter J. Solomon Co. as its financial advisor to help explore a sale.

JackRabbit’s struggles arrived amid a softening observed in the run specialty channel. Contributing factors to the slowdown included heightened price-driven online competition, an over-saturation overall in the channel, and a fashion shift away from performance running styles. Some felt the industry, the end of the minimalist trend and declining participation in marathons and half-marathons in favor of mud runs, color runs and other shorter, experiential events.

Finish Line also faced internal challenges in its attempts to operate a chain of run specialty stores from a national level. Local ownership in particular is seen as key in supporting local run communities and motivating store staff. Industry sources have said some of the acquired stores were struggling prior to their sales.

When it announced the sale to CriticalPoint Capital on January 27, Finish Line said it expected to incur a pre-tax charge in the fourth quarter of approximately $33 million to $36 million, which includes cash costs of approximately $11 million to $12 million and non-cash charges for the remainder related to the net assets of JackRabbit as well as certain other exit costs. The business accounted for about 5 percent of its sales.

Finish Line said it expected to realize a cash tax benefit on the JackRabbit disposition totaling approximately $29 million to $31 million which includes a benefit associated with the projected fourth quarter pre-tax loss and the benefit associated with the goodwill impairment charge of $44 million recorded during the third quarter. A portion of the cash tax benefit is expected to fall in the fourth quarter of the company’s current fiscal year with the remaining portion in its fiscal 2018.

Finish Line’s management said the exit will allow it to focus on its flagship Finish Line banner and its in-store shops in Macy’s. Said Sam Sato, CEO of Finish Line, at the time, “The JackRabbit team – both in their main offices in Denver and throughout the field – genuinely work hard to serve running and fit enthusiasts within their local communities. With CriticalPoint retaining those employees, they will continue to deliver a high level of customer service and offer industry leading branded footwear, apparel and accessories.”

CriticalPoint Capital has not responded to media requests for a comment on the acquisition.

CriticalPoint Capital was founded in early 2013 and has made two acquisition in the active lifestyle space, Organized SportsWear and My School Things. Both make physical education uniforms with customized silk screen printing and embroidery. In 2014, it acquired Electronic Materials Division (EMD) from the Rogers Corp.

It also has an M&A advisory business, Capital Partners. In 2014, it advised Altamont Capital on its purchase of Brixton, the surf lifestyle brand. The CriticalPoint investment team is led by Matt Young, founder and CEO, and Brad Holtmeier, EVP.

Including some transactions may have been executed at a prior firm, Capital Capital’s senior team has executed over 55 M&A transactions with cumulative transaction values in excess of $3.5 billion.