Fila announced that it has reached a sponsorship agreement with former World No. 2 ranked tennis star Tommy Haas, who won 15 singles titles and captured more than 500 match wins in his career.

Haas’ 15 titles came amidst 28 finals appearances, and he also reached the quarterfinals or better in each of the four Grand Slams, including the semifinals three times at the Australian Open (1999, 2002, and 2007) and once at Wimbledon (2009). In addition, he won a silver medal at the 2000 Olympic Games in Sydney. Currently, Haas is the Tournament Director of the BNP Paribas Open, the largest combined men’s and women’s professional tennis tournament in the world.

“Fila is an iconic brand, with global appeal in both sport and style,” said Haas. “I have always appreciated how the company’s rich heritage inspires innovative designs, on the tennis court and beyond. It has been especially exciting to see the brand’s current success in the fashion world, from high-profile collaborations to its participation in Milan Fashion Week. I am thrilled to be joining the Fila family during such a momentous time for the brand.”

“Tommy’s success during his playing career, and his continued involvement with the game since his retirement, made him a terrific fit as a brand ambassador for Fila,” said Gene Yoon, global chairman at Fila. “We look forward to working with him in 2019 and beyond.”

Fila has a long and distinguished history in the world of tennis that includes endorsements of ATP Tour and WTA athletes, tennis tournaments and organizations. Fila is a sponsor of the BNP Paribas Open, the Dell Technologies Tennis Hall of Fame Open, the Rogers Cup and Coupe Rogers, the Western & Southern Open, the Porsche Tennis Grand Prix, the Argentina Open, the Rio Open, the Brasil Open, the Rakuten Japan Open and the Junior Orange Bowl International Tennis Championship. In addition to event partnerships, Fila is an official supplier to Tennis Canada, the Argentine Tennis Association (AAT), Junior Tennis Champions Center, Van der Meer Tennis, John Newcombe Tennis Ranch, and the Kim Clijsters Academy in Belgium. 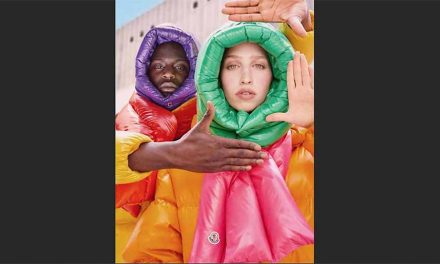 TNF Gains in Q2 Not Enough to Offset Other VF Declines