The company’s newest international hub will be located in Hamburg, the country’s second-largest city and one of Europe´s major commercial hotspots, ideally placed to serve the important German and further European markets. The move is the next step in Fanatics’ commitment to growing the business through strategic international expansion across key global markets, most recently having announced the opening of a new Tokyo-based operation, and is expected to create a significantly enhanced merchandise offering for leagues, teams, fans and retailers throughout Central Europe.

In addition, the company has named veteran sports marketing expert Joachim Hilke as managing director, Fanatics Germany. Hilke and his team will build the European expansion upon a strong portfolio of existing partnerships with clubs including Real Madrid, Borussia Dortmund and Manchester City, and a seamless, end-to-end omnichannel retail platform that will be made available to both German and European partners. Hilke will report directly to Steve Davis, president of Fanatics International, who, since taking over his new role in September 2017, has begun to introduce Fanatics’ capabilities across key global regions to help top sports brands and teams better service their global fan bases with a larger, more timely merchandise assortment.

Hilke most recently served as CCO of Bundesliga club HSV and was the former CEO of SPORTFIVE, Europe´s leading sports marketing agency.

“Fanatics Germany is a huge step towards our commitment of growing the company globally,” said Davis. “There’s immense fandom and passion for sports throughout this region, and we are excited to bring our innovative capabilities to the local teams, partners and retailers looking to significantly enhance the overall fan experience.”

“The opening of a Fanatics office in the heart of Central Europe will open the doors to many new partners, both in Germany and in surrounding markets, looking for unique ways to reach fans in today’s action-packed, on-demand world,” said Hilke. “We are excited to significantly enhance the overall fan experience with high quality products more readily available and delivered faster than ever before.”

Fanatics runs a combination of online and offline retail for all major North American-based sports leagues, many of which, including the National Football League (NFL), have experienced significant growth in Germany and surrounding countries. Fanatics recently announced a partnership with Aston Villa, making the Birmingham, UK-based club the first professional franchise outside of North America to adopt this vertically-integrated, on-demand retail offering where Fanatics will serve as designer, manufacturer and distributor of all fan merchandise, including Villa’s new kit. 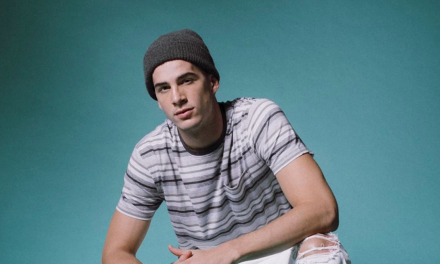