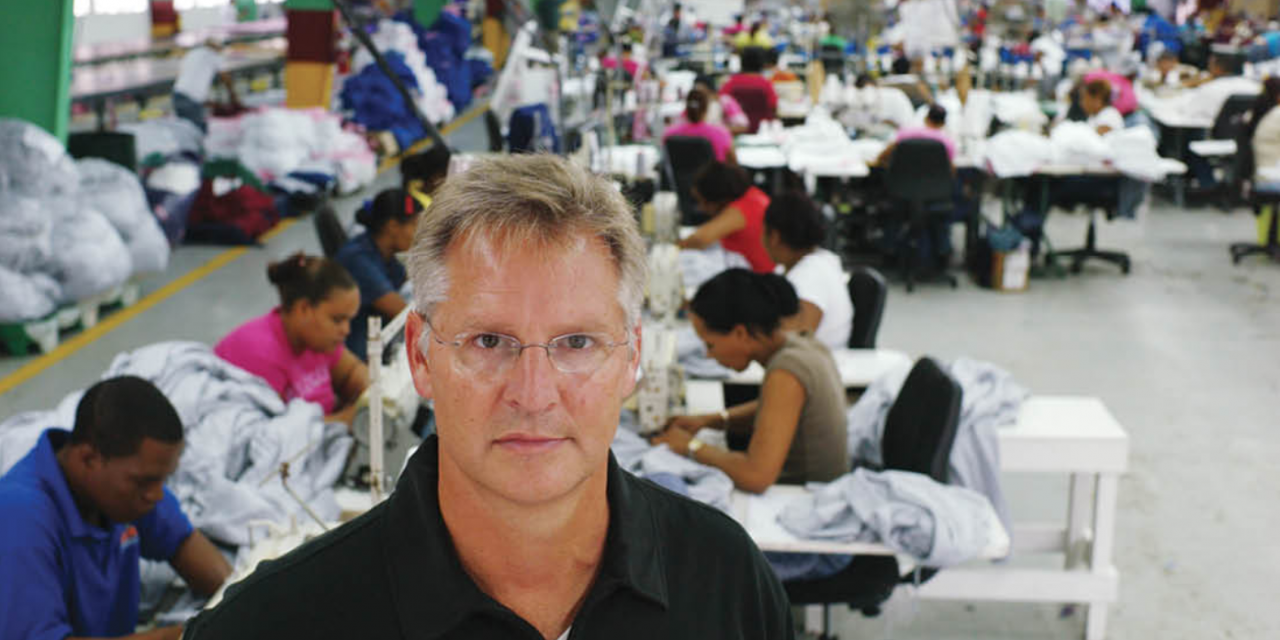 In an interview with SGB, Peck said Bozich’s decades-long retail and manufacturing experience will be beneficial as Fanatics further builds its international supply chain. But, he said, the hire will also support its expanding wholesale business following last year’s acquisition  of Majestic Athletic.

“The biggest initiative that we have is wholesale execution,” said Peck. “We went out and bought a manufacturer in Majestic and when we made the acquisition, the first goal was to integrate, the second goal now is to operate and the third goal is excellence. And what Majestic is and what they have to be excellent at is the wholesale business. So Joe at heart is a wholesaler and finding an operator and executor in the wholesale space was very important to us.”

Bozich was the founder and CEO of Knights Apparel in the early 90s, and grew it into the leading supplier of college apparel in the U.S. In 2015, the business was sold to HanesBrands and Bozich stayed on as HanesBrands’ chief business development officer before retiring in December 2017.

While at Knights, Bozich’s commitment to creating socially responsible workplaces while respecting workers’ rights drove him to launch Alta Gracia, the first-ever living wage apparel company, which was certified by the workers’ rights consortium. At its Dominican Republic-based facility, Alta Garcia is dedicated to supporting all workers’ rights–job creation, living wages, benefits and education for employees and their families.

Fanatics began building its in-house, tech-infused vertical manufacturing model earlier in the decade, in large part to more quickly respond to “hot market” opportunities. The May 2017 acquisition of Majestic then significantly expanded manufacturing, distribution and wholesale capabilities. But Peck also said Fanatics’ internal manufacturing capabilities have become more important as the company has secured additional rights to manufacture fan apparel with all of the major sports leagues, plus MLS.

“When we think about a platform for growth, first and foremost we have an incredible set of rights that we now need to executive on,” said Peck. “We’re in the midst of an integration from our single largest acquisition that we made nearly a year ago and it’s time to really bolster my management team with a complete commitment to verticality.”

Peck listed four reasons for the hiring of Bozich, including his knowledge and passion for the sports licensing business. Said Peck, “This is what he does and this is what he loves. I was drawn to the fact that he was at heart a sports licensed guy, which is a very different model than the branded sports model.”

Peck also pointed to Knights Apparel winning “Vendor Of The Year” from Target and others on several occasions. Added Peck, “That’s a really incredible achievement and is a testament to his ability to be laser focused on execution.”

Third, Bozich brings a commitment to social compliance marked by his founding Alta Gracia. Said Peck, “Building up our supply chain and really looking at how we mature all the time and how we grow is such an important piece of what we do, but we now take on the responsibility of choosing partners that share in our integrity and our principles. This is something that is very near and dear to Joe’s heart and very near and dear to us as we become larger to ensure that we’re picking the right manufacturing partners that are aligned to the key initiatives that we stand for.”

Most importantly, Peck said Bozich is known for his expertise at execution.

”No matter how great the product and how great the innovation that we have to offer as an organization and as a management team, everything in this business is about execution and making sure you get the right product to our fans on time and to our customers on time,” said Peck. “And so we’re shifting from being not just about innovation and great product but also learning how to be great at execution. But when you’re growing, learning how to be great at execution is always a challenge.”

Peck added, “So Joe is laser focused on execution. He’s an executor. And it’s the combination of our partnership with me focusing on the front of the business and Joe really looking at the back of the business. And getting us both not just to the scale that’s coming but really, really focused on on-time execution and delivering great product to the customer, that’s going to become a major focus for us this year and in upcoming years in order for us to maximize these incredible licenses that we’ve acquired.”

Bozich admitted to SGB that he had taken a “stab” at retirement but missed working after 30 years in the sporting goods business. He added, “First, I missed the relationships. Two, I really missed being part of the team. Three, I missed competing. Lastly and probably most importantly, I missed waking up every day and having a real purpose and what I mean by that is being part of something bigger than myself.”

The Fanatics job attracted him in part because of the Fanatics team’s commitment to Alta Gracia, as well as the company’s overall strong management team. He mentioned Peck, as well as Doug Mack, CEO of Fanatics, and Michael Rubin, founder and executive chairman of Fanatics. He’s also enthused to tackle the “transformative vertical business model” that Rubin had the vision to put in place that he sees reinventing the fan apparel business through data.

Said Bozich, “Being able for the leagues and the brands that we’re representing to not just know how much product we’re selling, but who we’re selling it to and where they’re at so you know where those displaced fans are is extremely valuable information.”

He’s looking forward to taking the best practices he’s picked up over his career in wholesale distribution to support Fanatics’ evolving model. He added, “From a personal standpoint, the opportunity presented to me is what I spent my whole career doing and that’s the opportunity to pursue my personal passion to build socially responsible supply chains that can provide best-in-class service for the brands and retailer partners that are trusting us with our business.”

Peck declined to specify how much of Fanatics sales comes from in-house product but said the integration efforts at Majestic are making progress.

“The whole vertical push is going incredibly well,” added Peck. “We’re in the midst of a 550-person integration. We’re connecting two cultures and we are connecting of culture of innovation with a culture of execution and working out what the right balance to make sure that we stay ahead of the industry, but also that we can focus on delivering on time and continuing to scale our manufacturing platform to keep up with our new rights. So we’re off to a good start, yet [there is] lots to learn and lots still to do.”