The deal includes retail operations for events at Mercedes-Benz Stadium, scheduled to open in summer 2017, that will serve as the home of the Atlanta Falcons and Major League Soccer’s (MLS) newest expansion team – Atlanta United FC.

Fanatics will also operate e-commerce for the Falcons and Atlanta United, creating a seamless multichannel retail experience for fans of both teams. Both Fanatics and AMBSE share the philosophy that the best way to serve fans is by providing the largest assortment of options, priced fairly and inclusive of best-in-class customer service.

“The partnership with Fanatics provides us the ability to provide our fans with the best retail and shopping experience across channels,” said Mike Gomes, senior vice president of fan experience for AMB Sports and Entertainment. “Through the official online team store, we now offer a huge variety of products including one-of-a-kind t-shirts, jerseys and apparel not sold anywhere else. The expertise of Fanatics in operating team stores and physical retail locations ensures we have a best-in-class experience for our fans on game days.”

Fanatics has a track record operating e-commerce, in-venue and event retail across all the major sports leagues, global soccer and NCAA, while also operating on-site retail at several NFL and MLS stadiums.

“As a company rooted in providing best-in-class opportunities for fans to become closer with the teams, sports and players they love, Fanatics is proud to partner with AMBSE on this innovative multichannel retail offering,” said Gary Gertzog, president of business affairs for Fanatics. “We are honored to be an important part of the game day and event experience for all fans inside this new world class stadium”

Fans of the Falcons and Atlanta United, as well as anyone who takes in an event at Mercedes-Benz Stadium, will now have access to a selection of merchandise available at competitive prices.

While Mercedes-Benz Stadium does not open until next year, select areas of the partnership have already begun – this fall Fanatics took over operation of the Falcons’ official online store, shop.Falcons.com, and is also currently running the online store for Atlanta United through Fanatics’ official e-commerce partnership with Major League Soccer. 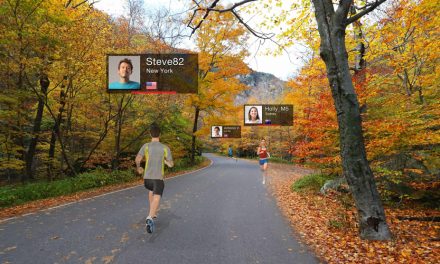