Ron Fromm, Brown Shoe's chairman and chief executive officer, said, “Our record sales performance in the quarter was gratifying and reinforces that our targeted efforts to bring national brands and value to our core consumer are succeeding.  More important, earnings were ahead of expectations, even as our previously discussed investments in marketing and incentives moderated improvement in operating margins by 230 basis points.  Famous Footwear registered a record Back-to-School season, driven by broad-based gains across athletics, dress and casual styles.  Gross profit margin at Famous Footwear also improved, with less promotional activity on a year-over-year basis, proof that our customers continue to respond positively to our enhanced assortments.  Wholesale grew across all channels, posting the largest quarterly organic sales increase in at least a decade.  The investments we made in marketing and design are elevating demand for our brands and we expect this positive momentum to carry over into 2011.”

Fromm continued, “As we begin the fourth quarter, we continue to experience robust sales growth at Famous Footwear, where same-store sales are trending in the high single-digits, and momentum at Wholesale, driven by a 25% increase in backlog at quarter-end. Consequently, we expect to generate $1.00 to $1.05 in adjusted EPS this year, with further increases next year based on low to mid single-digit sales gains along with operating margin expansion, attributable in part to approximately $21 million in costs that are not expected to continue.  We are targeting diluted EPS for 2011 in the range of $1.31 to $1.43.”
Third Quarter 2010 Results:
Net Sales
* Famous Footwear net sales increased 8.3% to $421.5 million, reflecting a record for both the quarter and Back-to-School season.  The sales results were driven by a 10.6% same-store sales increase, with positive performances across all categories, channels, and geographies;
* Net sales in the Wholesale division rose 33.7% to $227.1 million, with increases by nearly all brands and across all channels of distribution;
* Net sales in the Specialty Retail division were $67.4 million, reflecting a 2.1% same-store sales increase for the segment; and
* The increase in retail sales in the third quarter was supported by a 14.1% increase in company-wide ecommerce net sales.

* Wholesale gross profit rate decreased to 28.6% of net sales in the quarter from 34.0% in the year-ago period, which reflects:
o Lower initial margins driven by channel mix, with comparatively stronger growth in the mid-tier and mass channels during the quarter, and changes in product mix, brand mix and somewhat higher product costs, as well as an increase in inventory markdowns; and
o A challenging comparison with the year-ago period when gross profit rate increased by 390 basis points from the prior year due to favorable impact of channel and brand mix.
* Additionally, the Wholesale division, which carries a lower gross margin rate than the retail division, represented 32% of consolidated net sales in the quarter versus 27% in the previous year;
* The gross profit rate at Famous Footwear increased by 30 basis points to 44.3% of net sales.  The higher gross profit rate reflects improved sell-through across categories and 19% fewer store BOGO days than in the year-ago period.

Balance Sheet
At quarter-end, the company had $256.3 million in availability under its revolving credit facility and had $29.7 million in cash and cash equivalents.  Inventory at quarter-end was $539.9 million versus $450.2 million in the year-ago period, increasing 19.9%, including a 15.4% increase in inventory at Famous Footwear.  Average units per store at Famous Footwear increased 12.4% versus the year-ago period.  The increase in inventory supports planned sales growth as well as shifts in inventory flow in the company's Famous Footwear and Wholesale businesses.  The acceleration of fourth quarter receipts into the third quarter was done in anticipation of launching the company's enterprise-wide software solution in November.

Selling and administrative expenses as a% of net sales are expected to be in the range of 36.8 to 37.2% for the full year of 2010, which includes net restructuring and other special charges of $6.5 million to $7.0 million related to the company's information technology initiatives.  Also included in the full year expectation is a year-over-year increase in marketing expense of approximately $18 million and anomalous costs of approximately $21 million, related to incentive compensation, air freight, and other items.

Introducing Full Year 2011 Targets
The company introduces its full year 2011 earnings per diluted share target of $1.31 to $1.43 on a GAAP basis.  This range is predicated upon the following: 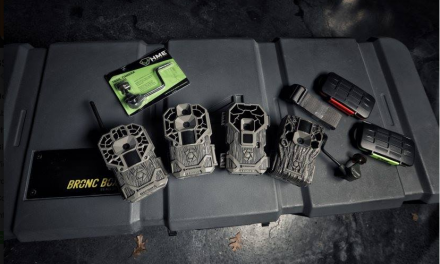