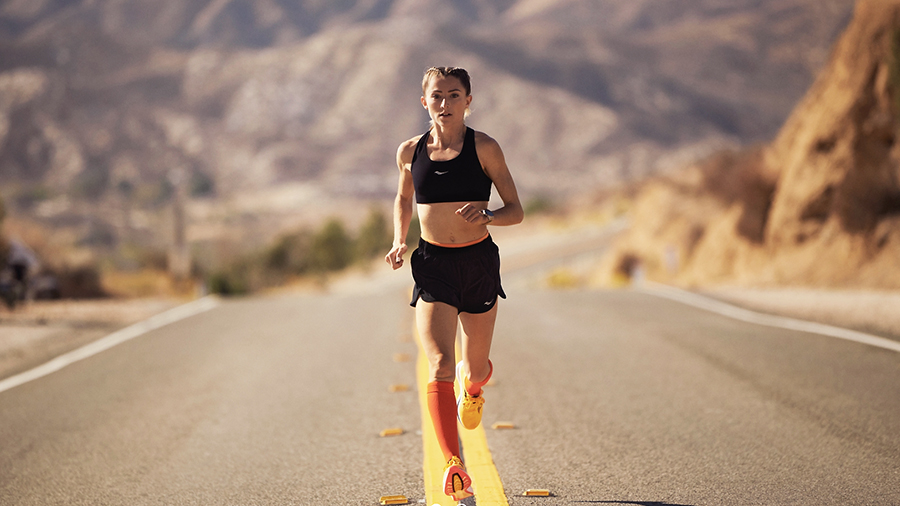 Wolverine reiterated its guidance for 2022.

“We are pleased to report strong first-quarter performance despite ongoing supply chain challenges and difficult macro and geopolitical backdrop,” said Brendan Hoffman, president and CEO, on a call with analysts. “Our better-than-expected results are a testament to our team’s focus and solid execution. Although these continued headwinds present complex challenges to our business in the near-term, they’re counterbalanced by sustainable changes in consumer trends and wellness, outdoor performance and work that provide tailwinds for future growth.”

In the quarter, sales rose 20.4 percent to $614.8 million, ahead of company guidance calling for sales in the range of $595 million to $610 million. Excluding last year’s acquisition of Sweaty Betty, sales grew 9.9 percent. Sweaty Betty was acquired on August 2, 2021.

In the Michigan Group segment, which includes Merrell, Cat, Wolverine, Chaco, Hush Puppies, Bates, Harley-Davidson, and Hytest, sales grew 10.6 percent to $329.3 million. In the Boston Group, including Sperry, Saucony, Keds, and the Stride Rite kids licensed business, sales were up 5.7 percent to $212.3 million. Other revenue reached $73.2 million against $12.1 million, reflecting the addition of Sweaty Betty.

Among its major brands, Merrell performed in line with expectations with revenue of $148 million, down 2 percent. As previously noted, the availability of new product in the quarter was impacted by factory shutdowns in Vietnam in the back half of 2021.

“Merrell’s demand remains very strong across all geographic regions, and we are seeing an improvement in the inbound flow of goods,” said Hoffman. As a result, Merrell is expected to deliver low-teens growth in Q2 with anticipated sequential improvements in Q3 and Q4 as new product launches hit the market. For the full year, Merrell should deliver high-teens growth.

Saucony slightly exceeded expectations in the first quarter with revenue of approximately $106 million and growth of 4 percent.

“While Saucony entered the quarter with a good inventory position and carryover styles, new product launches were delayed, as expected, due to supply chain challenges,” said Hoffman. “Saucony’s lifestyle business continues to perform very well in Italy, a critical market of fashion relevance, and we see ongoing momentum in the other international markets. The order book for Saucony gives us good visibility to growth over the remainder of the year as new product flow improves. As such, we expect double-digit revenue growth in Q2 for Saucony, with a full-year outlook of high-teens growth.”

Sweaty Betty’s revenues of $54 million were down 2 percent on a proforma basis but up 3 percent in constant currency. Hoffman said Sweaty Betty was significantly impacted by geopolitical instability given the brand’s high exposure in the U.K. and Europe where overall high street retail is struggling. New logistic delays had an unplanned impact on e-commerce traffic for Sweaty Betty and new product launches in Q1 while store performance was relatively strong.

“Sweaty Betty continues to bring category-leading innovative fashion elements to technical activewear. This is reflected in the powerful lineup of new product introductions throughout the balance of the year,” said Hoffman. “The brand has complemented performance product launches with lifestyle product offerings to serve the broader needs of the consumer in the post-pandemic world. Over the course of the year, Sweaty Betty will build on the recent success of its newly launched Super Soft, already the brand’s second-biggest franchise as well as its cold-weather products such as ski outerwear and thermos.”

Sweaty Betty’s Q2 revenues are projected to be down mid-single-digits, with a return to double-digit growth in the second half of the year resulting in low-teens full-year growth.

Sperry had a strong quarter with revenue of $67 million and growth of 19 percent. Said Hoffman, “The brand continues to benefit from healthier go-to trends, had a strong performance in U.S. wholesale with bright signals from certain international markets. We expect Sperry to grow mid-single-digits in Q2, partially impacted by a shift of revenue into Q3 to the timing of inventory receipts. For the full-year, Sperry should deliver low-teens growth.”

Wolverine brand delivered 12 percent growth in the quarter in line with expectations. Wolverine’s overall portfolio of work brands performed well with revenue of $130 million and growth of 21 percent. Said Hoffman, “The company has a strong market share leadership position in the U.S. work boot category with over 30 percent share and Wolverine brand leads the way. Wolverine continues to win with industry-leading products and creative collaborations. We expect Wolverine to grow in the high-teens in Q2 with full-year growth in the mid-teens.”

Gross margin in the quarter of 42.5 percent, down 100 basis points, was in line with internal plans and includes incremental supply chain costs and a revenue mix shift toward the international distributor business. On a non-GAAP organic basis, excluding Sweaty Betty, organic gross margins declined 280 basis points to 41.5 percent from 44.3 percent.

Mike Stornant, CFO, said, “During the quarter, we experienced higher supply chain and product costs as expected, while certain price increases, which are phased later into the year, had a small offsetting benefit. The benefit from price increases will be more meaningful in the back half of the year with sequential improvement each quarter. Gross margin was also impacted by channel mix. Our international distributor business was especially strong in Q1 and this more than offset the near-term softness seen in our e-commerce channels. The gross margin from our distributor revenue is much lower than our e-commerce gross margin.”

SG&A expenses of $241.7 million include $30 million of net costs related to a legacy environmental matter. Adjusted SG&A expenses of $211.3 million were up $37 million due to an increase in variable costs on higher revenue, the addition of Sweaty Betty, and higher labor costs in its distribution centers.

Net earnings declined to $9.7 million, or 12 cents a share, from $38.5 million, or 45 cents, a year ago. On a non-GAAP basis, adjusted EPS came to 41 cents a share against 40 cents a year ago, a gain of 2.5 percent, topping cents topped Wall Street’s consensus estimate of 39 cents. Wolverine had projected adjusted EPS in the range of 37 cents to 40 cents.

Non-GAAP results exclude environmental and other related costs net of recoveries and costs related to the pandemic including air freight costs.

Regarding the digital push, Hoffman noted that e-commerce sales did not meet expectations during the quarter as consumers shifted back to making in-store purchases rather than the online focus seen for most the pandemic. E-commerce growth was also impacted by delayed product launches due to supply chain challenges and shifts in consumer sentiment towards experiential spending.

Hoffman said the DTC business is still expected to grow over 20 percent for the full year, or 5 percent excluding Sweaty Betty, to approach nearly 30 percent of total revenue in 2022. Hoffman said, “This reflects our expectation for an acceleration of DTC growth as we move past tougher compares in H1 of 2021 particularly in ecommerce, improved flow of new product offerings, and benefit from our top-of-funnel brand building marketing initiatives.”

On product innovation, successes in the latest quarter cited included Sweaty Betty’s collaboration with Merrell on a limited-edition Moab Speed reflective hiking apparel collection. Hoffman said, “We are thrilled by the strong response.”

At Sperry, the Sperry Sport launch campaign significantly drove new customer growth on sperry.com with the product earning a top-pick nod from Travel & Leisure. The Wolverine brand had a “hugely successful collaboration” with Halo on a video-game inspired boot. Hoffman said, “The product sold out in under one minute with 250,000 visits to the Halo landing page, leading to 22 percent growth in its email database in a two-week span. These launches and collaborations clearly showcase the potential of these brands to accelerate innovation and creativity.”

International accelerated its growth to a 35 percent gain. Excluding Sweaty Betty, international revenue grew 10 percent, driven by growth in its third-party distributor business, a recovery seen in top markets, as well as strong performance in its China joint venture.

“Our third-party businesses in Asia, EMEA and Latin America delivered revenue growth, excluding Sweaty Betty, of 40 percent, 60 percent and 90 percent, respectively, versus 2021 and are accelerating to pre-pandemic levels,” said Hoffman. “Our own business in EMEA and Canada declined 21 percent and 28 percent respectively, as they were impacted by supply chain constraints similar to our domestic business. We are particularly encouraged by momentum in LatAm with Cat and Merrell brand growth of 66 percent and 137 percent respectively.”

“We expect supply chain to be a lessening but still meaningful headwinds throughout the year with evolving COVID issues in China presenting a new potential challenge,” said Hoffman. “At the end of the quarter, our inventory was up 36 percent excluding Sweaty Betty against abnormally low levels last year and consists of healthy levels of core and carryover inventory. We expect inventory flow and newness to improve throughout the year.”