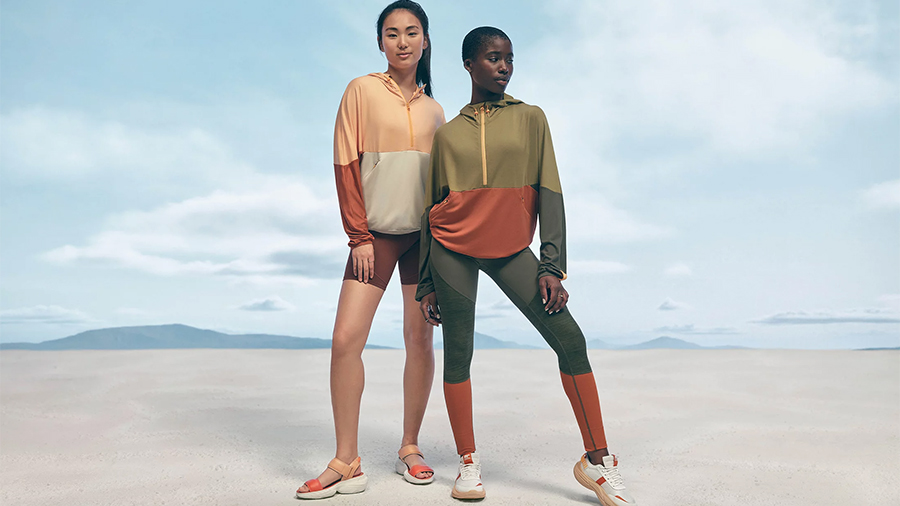 At the meeting, held in Columbia’s headquarters in Portland, OR, the company set longer-term growth targets for the first time and introduced its three-year financial targets aimed for a 9 percent to 11 percent organic sales growth and 12 percent to 15 percent EPS growth on a Compound Annual Growth Rate (CAGR) from 2022 to 2025.

The company targets a 13 percent to 17 percent total annual shareholder return over the three years spanning 2023/25.

By 2025, International is expected to expand two percentage points to 35 percent of sales.

The analysts weighed in on Columbia’s Investor Day.

Citi analyst Paul Lejuez wrote, “In our view, the targets for revenue and EBIT margin seem somewhat optimistic (though perhaps somewhat more attainable than what other companies have targeted recently). The day highlighted the authenticity and power of the Columbia brand while also giving a deeper look into COLM’s other brands, Mountain Hardware, Prana and Sorel. Of these, we see the greatest growth potential at Sorel.”

Columbia’s target for an EBIT margin of 14 percent in FY25 compares to the peak EBIT margin in FY21 of 14.4 percent,which was 200 basis points higher than its pre-pandemic peak gross margin. Lejuez wrote that the record margin seemed “more the result of the uniquely non-promotional environment across retail in F21.”

Citi has a “Neutral” rating on Columbia’s stock with a price target of $80.

Lejuez wrote, “Led by its Columbia brand (82 percent of revs), COLM has a strong brand portfolio (including Sorel, Prana, Moutain Hardwear) that we believe can continue to grow in the U.S. and internationally. However, we believe there will be near-term challenges in the retail sector and the macro environment that result in a balanced risk/reward.”

Jim Duffy at Stifel noted that the rationale for Columbia to hold its first investor day in its 24 years as a public company was “confidence in brand portfolio prospects” and indicated Columbia’s three-year growth objectives “represent both accelerations from historical growth rates and a significantly more optimistic growth view.”

Among brands, Duffy said Columbia brand’s democratic positioning and success recruiting younger and more diverse consumers has left the brand “well-positioned globally to capitalize on secular growth drivers for the portfolio, including increasing interest in outdoors, health and wellness, and increasing casualization. Underdeveloped opportunities of footwear, international, and digital are credible growth drivers.”

Sorel’s growth potential “stands out as particularly compelling” with its “function-first fashion” approach connecting with the female consumer. Mountain Hardwear and Prana are at “different stages of a brand reset” and expected to contribute modestly to growth.

Duffy noted, however, that go-forward growth targets are above Stifel’s and Wall Street estimates, calling for mid-single-digit growth in 2023.

Duffy wrote, “FY25 objectives are cohesive and rational assuming a supportive macroeconomic environment. With the current macro pressures and the risk of recession in 2023, however, a setback could render these 3-year goals lofty ambitions and a challenge to credibility.”

The analyst further wrote that Columbia management’s comments on Spring 2023 wholesale orders seeing “modest growth” year over year imply the need for accelerated growth in the second half of 2023 and thereafter to meet the 2025 plan.

Stifel retained its “Hold” rating at an $81 price target.

Duffy wrote, “We are encouraged by secular tailwinds and opportunities for the brand portfolio (particularly Sorel) but expect the market views the growth goals with skepticism, and we remain comfortable with our Hold rating until clarity on 4Q and 2023 prospects improve.”

At UBS, Mauricio Serna said Columbia officials delivered a “bullish” Investor Day, and UBS anticipates its portfolio of brands “will deliver solid long-term growth.” However, Serna sees macroeconomic pressures as a major headwind in the near term.

The analyst doubts Columbia’s retail partners will grow at a 9 percent to 11 percent rate in line with Columbia’s predicted wholesale growth, but he sees “potential for meaningful share gains given COLM’s product innovation and several competitors’ shift to DTC.”

Serna modeled Columbia’s margins to stabilize at 13 percent, below its 14 percent FY25 target but believes higher scale in footwear and international business could drive significant SG&A leverage for Columbia.

Serna wrote, “Our view is COLM’s solid portfolio of outdoor brands will generate good, but not great growth post-COVID-19. We forecast the company to deliver a 5 percent, 5-year EPS CAGR (8 percent CAGR post FY22E). We believe this type of outlook is mostly priced into the stock.”

At Baird, Jonathan Kompf wrote that Columbia’s Investor Day “outlined a three-year profitable growth framework that in our view should help to better define the longer-term investment thesis for investors.

However, Komp added that in the near term, 2023 expected headwinds could pressure Columbia’s larger incremental dollar drivers, such as apparel and U.S. wholesale, to reach its ambitious growth targets.

Baird reiterated its “Neutral” rating at a $77 price target.

Komp wrote, “While management expressed comfort in delivering healthy results in a range of economic scenarios (strong value proposition, execution), we see risk that rising economic pressures and elevated inventories restrict results into 2023E, especially since the greatest incremental dollar growth is expected from Columbia apparel, wholesale and the U.S.”