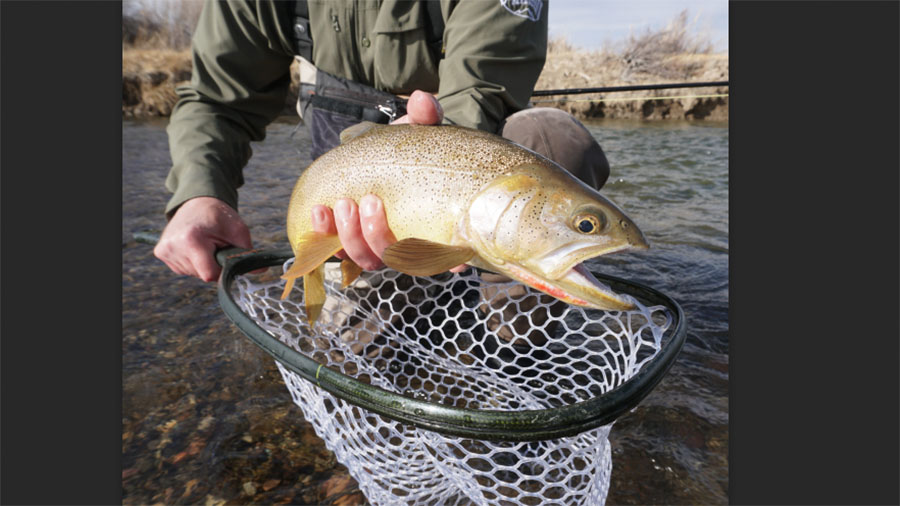 On a call with analysts, Jon Barker, president and CEO, said Black Friday marked the single largest day in customer visits and sales in the company’s history. Although he added that its primary competitors in the outdoor sporting goods space, as the company expected, had returned to normal pre-COVID promotional levels as consumers leaned into discounted merchandise.

“The consumer during this holiday season appears to be promotionally item-driven up to this point,” said Barker. “So, while we’ve seen our competitors promote in a more normal cadence as compared to more of a 2018/19-time frame, the basket of the consumer tends to be a little more focused on promotional items. We’re keeping a close track on that, and we believe that’s contributed by the consumer continuing to see inflationary pressures on disposable income.”

Jeff White, CFO, said, “We will continue to control costs and carefully manage our variable operating expenses without compromising our industry-leading customer service levels with a disciplined approach to spending. We remain confident in our ability to achieve our target of high single-digit adjusted EBITDA margins for the full-year.”

Third-Quarter EPS Tops Guidance
Sportsman’s Warehouse’s sales in the third quarter were in line with guidance while earnings were slightly above plan. The decline was largely attributed to difficult comparisons, and sales overall, and across categories remain well above the pre-pandemic levels.

In the quarter ended October 29, sales slumped 10.3 percent to $359.7 million, in line with guidance in the range of $345 million to $365 million. The decrease was primarily due to lower demand across most product categories as the retailer continued to experience the impact of consumer inflationary pressures and recessionary concerns. This decrease, however, was partially offset by the opening of 11 new stores since October 30, 2021. Compared to the third quarter of fiscal year 2019, sales increased 48.3 percent.

The same-store sales decline of 15.0 percent in the quarter was in line with guidance in the negative 17 percent to 12 percent. Compared to the same period in 2019, same-store sales jumped 19.5 percent.

Adjusted net income fell 42.3 percent to $13.1 million, or 34 cents a share, surpassing guidance from 24 cents to 32 cents. Said Barker, “These results reflect our disciplined efforts and efficient management of the business as we carefully navigate the challenging macroeconomic environment.”

SG&A expenses increased 2.3 percent as cost disciplines were offset by the resumption of normal marketing and travel-related activities during the quarter and higher rent and depreciation mostly related to new store openings. As a percent of sales, SG&A expense increased to 28.4 percent compared to 24.9 percent the prior year.

Adjusted EBITDA was $29.1 million, down 26.0 percent compared to $39.3 million in the comparable prior year period.

Barker said the hunting and shooting sports department had been impacted by weakness in personal protection firearms sales following strong demand seen during the earlier stages of the pandemic. The retailer’s hunting rifle category continued to perform well in the third quarter, driven by seasonal demand and its geographic expansion into the Eastern markets.

Versus the 2019 third quarter, same-store sales in the hunting and shooting sports department were up 32.9 percent. Barkers said, “This increase reflects both increased participation and additional market share capture.”

Barker said the firearms category had benefited from the chain’s wide assortments that focus on exclusive partnerships and offerings.

Ammunition sales remained strong during the quarter due to an improved in-stock position and assortment, with positive trends on rimfire and handgun offerings. Hunting rifle ammunition saw the benefit from improved inventory levels, although shotshell supply remained inconsistent.

Added Barker, “During the back half of the quarter, we started to see improvements in shotshell supply. While the domestic manufacturing and supply of shotshells have improved and the recent progress is encouraging, progress is still to be made before we reach healthy in-stock levels.”

Compared to 2019, ammunition sales were up 30.5 percent. The overall hunting and shooting category amounted to 54.9 percent of sales in the third quarter.

Apparel And Footwear Departments Outperform
Apparel and footwear continue to outperform other categories, due to improved in-store and online assortments, expanded vendor offerings and newer omnichannel capabilities. The retailer had solid results in women’s and men’s outerwear. Said Barker, “While it’s a small portion of the business, this is an emerging growth category in both branded and private label.”

During the quarter, the retailer introduced a technical camouflage pattern within its Killik hunting brand to a favorable response. Also launched during Q3 was its first private label hunting boot brand from Rustic Ridge, which had a strong online and in-store sell-through. Both brands provide a higher margin for Sportsman’s and support its 2025 target of 7 percent to 9 percent private brand penetration.

Among other categories compared to the third quarter of 2019, camping was up 6.7 percent, and optics electronics and accessories were up 4.8 percent.

Among channels, e-commerce sales increased 3.7 percent year-over-year, over Q3 of last year, primarily driven by strong sales from ammunition, apparel and scopes and optics. Online penetration is now in the mid- to high-teens. Said Barker, “The investments made in technology over the last few years allow us to leverage our existing store footprint and inventory to better service our customers. We are utilizing more effective targeted marketing and digital ad campaigns to leverage our growing customer databases and maximize the lifetime value of these customers.”

Omnichannel capabilities are supported by access to in-store inventory. Said Barker, “During the third quarter, over 70 percent of our online sales were serviced with inventory from our stores or through drop ship partners. These capabilities provide us with greater confidence in achieving our 2025 target of 25 percent e-comm penetration.”

Record New Store Openings Planned For 2023
Sportsman’s Warehouse plans to open between 13 and 18 stores in 2023, representing the highest number of new stores opened in one year. The retailer opened nine to date in 2022, for a total of 131 stores in 30 states with a target of 190 to 210 stores by the end of fiscal 2025.

Continued expansion is slated for Florida and California, with new stores planned in under-penetrated areas of the Midwest, including Wisconsin. Said Barker, “Our unique approach to new store development using our flexible store format provides us the opportunity to reach consumers in all markets. The box size for the nine new stores that opened in 2022 ranges from approximately 9,000 square feet to nearly 40,000 square feet; this is a strategic advantage that is unmatched by our competition.”

Inventory reached $485.2 million at the quarter’s end compared to $437.4 million at the end of the second quarter, primarily due to the recent opening of five new stores and the build-up for the holiday shopping season.

On a per-square-foot basis, compared to the third quarters of 2017, 2018 and 2019, inventories are within the range of those periods with approximately $95 of inventory per square foot.