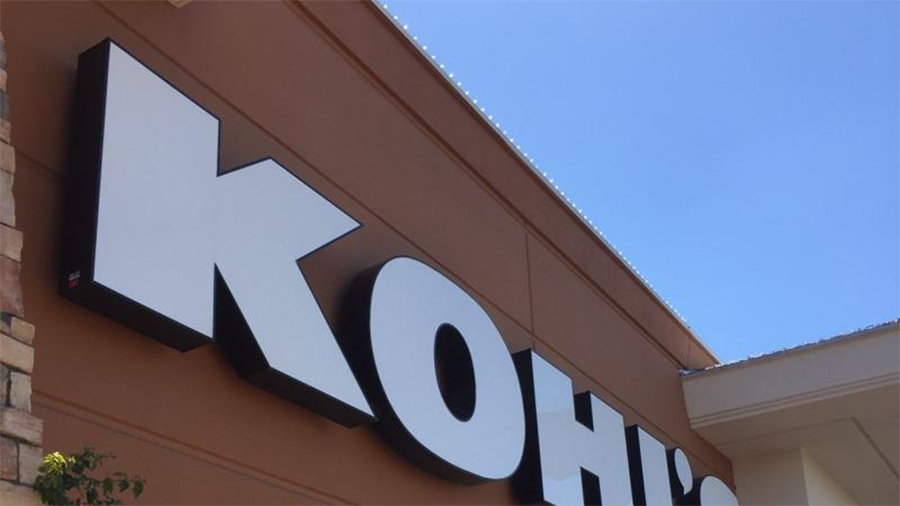 Kohl’s Corp., in its first report since announcing its former CEO Michelle Gass would be joining Levi’s Strauss, reported results that were in line with preliminary guidance provided last week. Kohl’s told analysts that it was withdrawing its guidance for the year but said the CEO change doesn’t mean a change in strategy.

“Given the recent volatility in our business and consumer behavior, the significant macroeconomic headwinds, along with the unexpected CEO transition, we will not be giving guidance for the fourth quarter and are withdrawing our prior outlook for the year,” said Peter Boneparth, independent chair of Kohl’s board, on the call. “We also want to make sure that the company has the flexibility to take the actions necessary in the fourth quarter to best position the business for 2023.”

He added, “We continue to have strong conviction in our strategies and it is our intent to resume providing guidance on our Q4 call in late February for the new fiscal year 2023.”

On November 8, the retailer announced that Gass would be leaving in December to become president of Levi Strauss and eventually take over as the denim giant’s CEO. Tom Kingsbury, a Kohl’s director since 2021, will become interim CEO until a permanent successor is named.

At the time, Kohl’s announced that earnings in the third quarter reached 82 cents a share, topping Wall Street’s consensus target of 63 cents.

Gass’ exit came as Kohl’s has been under pressure from activist investors as sales and its stock price have dropped. A sale of the company to The Vitamin Shoppe owner Franchise Group was canceled over the summer due to stock market conditions.

On its third-quarter call, Boneparth thanked Gass, who had been Kohl’s CEO since May 2018, for her efforts that included a shift to emphasize active lifestyle offerings, an in-store partnership with Sephora and another partnership to accept Amazon returns in Kohl’s stores. He said, “Her efforts to strategically transform Kohl’s through brand introductions and partnerships like Sephora and her focus on building an inclusive and collaborative culture will benefit the company for years to come. Michelle is an outstanding leader, and we look forward to continuing to work with her in the future.”

He added that Kingsbury’s past roles include president and CEO of Burlington Stores and that he also has worked for Kohl’s and Filene’s in the past. Boneparth said, “He is the perfect fit to lead the company during this interim period, and we greatly appreciate his willingness to serve in this capacity. We expect him to hit the ground running.”

Boneparth said a committee has been formed to oversee the CEO search and he detailed some of the key characteristics the board is looking for in a new CEO.

“Kohl’s has always been known for brands, value and convenience,” said Boneparth. “So, it’s important that we land a candidate that has great brand-building experience, understands our go-to-market value proposition and has deep omnichannel expertise. In addition, we are looking for a leader that can build great teams and drive stellar results while furthering the innovative spirit and conclusive and collaborative culture.”

He said there’s no timeline for when a successor might be named.

Jill Timm, CFO, said results were in line with expectations given the challenging macroeconomic environment. She said, “Persistently high inflation continues to dampen consumer spending  and our business, given our exposure to discretionary categories, like apparel and home goods, which are facing disproportionate pressure. During the quarter, we saw our middle income customers continue to purchase fewer items per trip and trade down to our value-oriented private brands.”

From a channel perspective, stores outperformed digital and improved sequentially due in part to having more Sephora in-store shops open and investments in labor. Digital was down 8 percent to last year, but still up nearly 20 percent to the third quarter of 2019. Digital accounted for 29 percent of sales.

From a product perspective, sales of Kohl’s private brands increased slightly versus last year with strong performance in top private brands, including Sonoma, Croft & Barrow, Jumping Beans, Nine West, Tek Gear and Lauren Conrad. Accessories were the best-performing line of business, up mid-teens, driven by strong performance from Sephora Beauty sales. Kohl’s continues to see mid- to high-single-digit percent sales lifts in stores that have added a Sephora shop relative to the balance of the chain.

The core women’s business outperformed the company average and, excluding juniors, was flat to last year. Momentum in dresses offset weaker trends in juniors and intimates.

In the Q&A session, Timm attributed the active footwear weakness to supply chain issues that are preventing the retailer from getting new product. Timm said, “When we do get newness, it sells well. We just don’t have enough of it. From my understanding, we should start seeing a flow happen more in Q1. So we expect spring ‘23, we’ll start pushing that back into a positive zone.”

She said active apparel is “still trending well” and continuing to benefit as the category is moved to the front of stores near Sephora shops. She said about holiday active offerings, “You’re going to see that we’re going to have a great array of product, but really going to see more on our FLX and Tek Gear because of the value orientation of those products, which are going to be much more important during the holiday season.”

Among other categories, the outdoor business continues to outperform with growth from Eddie Bauer and Land’s End. Dress casual achieved growth with strength in boots standing out. Men’s overall performed in line while home and children’s underperformed the company average.

Inventory at quarter-end increased 34 percent to last year with Sephora at Kohl’s beauty investments contributing 5 percentage points of the increase. When compared to third quarter of 2019, inventory was flat. During Q3, Kohl’s set pack-and-hold merchandise from past seasons on the sales floor and in transit normalized. Said Timm, “We feel good about the progress we are making to reduce inventory and continue to expect further improvement by year-end, remaining agile and responsive to the demand environment.”

For holiday, a big emphasis will be placed on value, including featuring its private brands more prominently in marketing and emphasizing Kohl’s Cash and Kohl’s Rewards savings across key promotional events. Said Timm, “Our key product focus areas include an expanded support gifting assortment, increased newness and greater exclusivity in toys, tech and pet, active and cozy apparel and special occasion outfitting such as holiday dresses. Gifting is an important theme in our messaging.”

Elaborating on the decision to withdraw its outlook, Timm said the retailer remains “confident in our strategy,” but the environment has become “more unpredictable” in recent months.

“Following fairly stable trends in August and September, sales decelerated in late October with softness continuing into November as compared to last year,” said Timm. “We believe this is primarily a function of a later start to holiday shopping as compared to 2021 when customers were concerned about the scarcity of inventory.”

She also said Kohl’s remains committed to strategic initiatives, including plans to open 250 additional Sephora at Kohl’s shops in 2023, bringing the total to 850 as well as working on developing a smaller Sephora footprint concept for its remaining 300 stores.

Boneparth said the unpredictability is partly because inventory shortages in the year-ago period have been followed by excess inventories across the marketplace as well as anticipated high promotions facing the current holiday period.

He added, “And then, we saw this pronounced slowdown in October going into November. Was that consumer behavior? Was that weather? Was that the elections? I don’t think anybody really knows. It’s probably a combination of all those 3 factors,” said Boneparth. “You then combine that in our minds, with obviously an unexpected CEO transition and our judgment call, which frankly is a 51-49 call. Our judgment was that it was very important to give Tom and the team the latitude in the fourth quarter to execute our basic strategy, which is to drive value and sales during a very promotional environment.”

He added, You’ve heard from other competitors, I think it’s consistent with what everybody is saying out there. I think everybody believes that Christmas will come but I don’t think anybody out there today knows for sure exactly what’s going to happen.”