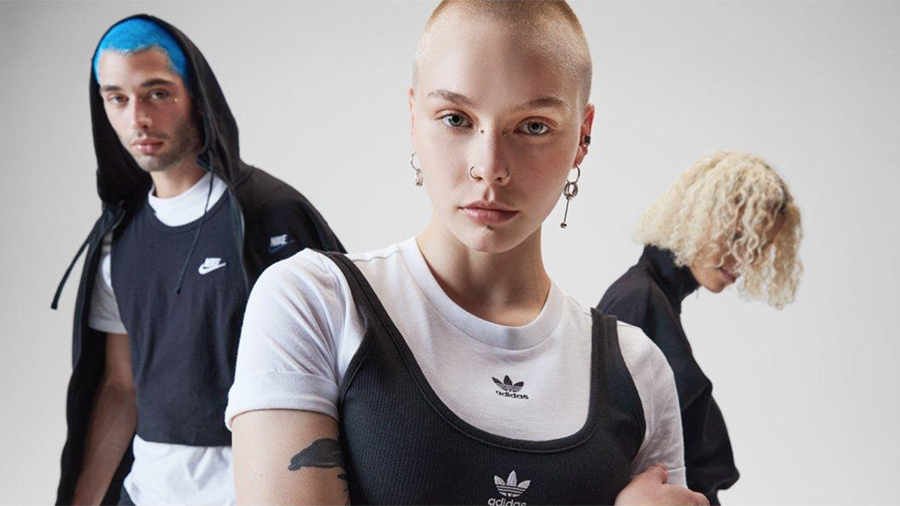 JD Sports reported earnings before tax and exceptional items declined 46.9 percent in the first half of its North America operations, which include Finish Line, Shoe Palace, DTLR, and JD locations. The company attributed the decrease to the lack of fiscal stimulus that boosted year-ago results and the supply shortage from major international brands.

JD Sports said profits were in line with expectations.

In a statement from Régis Schultz, the company’s recently appointed CEO, and Kath Smith, who had been interim CEO, JD Sports said, “It is not possible to directly compare the performance of our businesses in North America year-on-year without taking into consideration the absence of Federal fiscal stimulus this year in the United States. Further, the performance in the first half was also negatively impacted, particularly in the first quarter, by the well-publicized international supply chain challenges, which resulted in the reduced availability of certain key footwear styles. These supply chain challenges were felt most acutely in North America as footwear represents more than 80 percent of total sales, which is the highest of any of our markets.”

Gross margins were maintained mainly in its North American businesses, at 49.4 percent against 49.7 percent a year ago. JD Sports also noted that profit before tax and exceptional items, solely in the JD/Finish Line business, reached £63.1 million, well ahead of the pre-pandemic profit of £35.7 million achieved in the first half of 2019.

JD Sports, based in Manchester, England, entered the North American market with its 2018 acquisition of The Finish Line for $558 million. In December 2020, JD Sports acquired Shoe Palace, which operated 167 stores in the West, for $325 million. In March 2021, JD Sports acquired DLTR Villa, which had 247 stores in the Northeast under the Sneaker Villa and DLTR banners, for $495 million.

The company said its JD stores include the conversion of former Finish Line stores that were either more appropriately sized for a JD location or in an area with high traffic. The new stores for JD in the period include opening a first street location in Bronx, NY. JD will open its second flagship in the U.S. this fall with a store on State Street in Chicago and its first in New York City. JD Sports said of the region, “Our businesses are also continuing to make progress on a number of projects which will enhance both our collective operational effectiveness and the consumer experience.”

Companywide, profit before tax and exceptional items declined 12.7 percent to £383.5 million from £439.5 million a year ago due to the decline in North America. Results arrived at the top end of expectations. The company’s other businesses increased their profit contribution in the period as compared to last year by £59.1 million, reflecting continuing positive momentum in global markets.

After extraordinary items, operating profits fell to £298.3 million from £364.6 million a year ago.

In other regions, highlights include continued strong performance in its sports banners in the UK and Ireland, which delivered a profit before tax and exceptional items for the first half of £153.0 million, although down from £174.2 million a year ago. The latest results include additional costs of £20 million compared to last year’s consequent return to full business rates in the UK.

Sports banners in Europe saw a return to profit as profit before tax and exceptional items for the first half reached £57.1 million against a loss of £7.2 million a year ago.

Overall revenue rose 13.7 percent in the half to £4.42 billion from £3.89 billion. Total revenue growth in organic retail businesses was 5 percent, with this growth continuing in the second half to date, including the return to growth in the US.

In a statement, Andrew Higginson, non-executive chair, called the above-plan profit “very encouraging as notwithstanding the non-comparability of trading conditions in the United States, the Group has also faced numerous other challenges in the period including the well-publicized shortage of supply from a number of the international brands and the challenging global macro-economic situation.”

He added, “JD continues to be the partner of choice for many international brands who see our premium fascias as the natural home for their latest ranges and freshest new styles. Our relationship with these brands and our access to product is as strong as it ever has been.”

Challenges also included searching for a new CEO following the exit of longstanding Executive Chair Peter Cowgill in May 2022 over internal governance and controls issues. In early August, Régis Schultz was appointed JD’s new CEO. Schultz had been the President of retail for Dubai-based Al-Futtaim Group since 2019. Higginson said, “We firmly believe that Régis has the right characteristics and experience to lead the Group on the next phase of its journey.”

Looking ahead, JD said the company’s organic retail businesses are tracking around 8 percent ahead of the prior year after six weeks, but a cautious outlook for the second half was provided.

Higginson said, “While the overall performance continues to be encouraging and the result for the half year was at the upper end of the Board’s expectations, it must also be recognized that the most material trading periods lie ahead. Given the widespread macroeconomic uncertainty, inflationary pressures and the potential for further disruption to the supply chain with industrial action a continuing risk in many markets, it is inevitable that we remain cautious about trading through the remainder of the second half. Despite this, the Board maintains its view, at this point, that the headline profit before tax and exceptional items for the year ending January 28, 2023 will be in line with the record performance for the year ended January 29, 2022.”