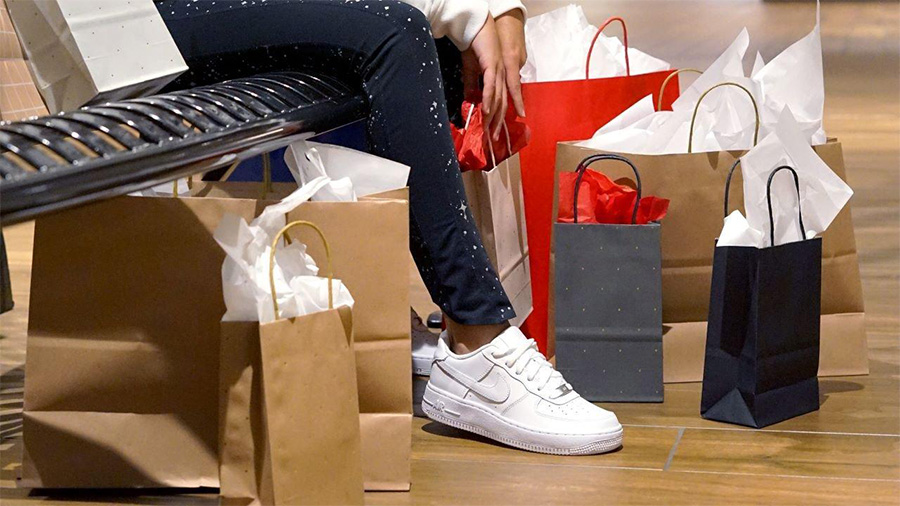 Hibbett, Inc. reported that third-quarter EPS came in below Wall Street estimates partly due to increased apparel promotional activity. However, the retailer reiterated guidance for the full year as it expects growth to accelerate in the fourth quarter on strong demand for athletic footwear.

“We do have confidence in Q4,” said Michael Longo, CEO and president, on a call with analysts, citing the expected benefits from customers gained during the pandemic, recent favorable upbeat consumer surveys and improved inventories.

“While the current inflationary environment is certainly challenging for families faced with higher prices for food and gas, we continue to see and anticipate strong demand,” added Bill Quinn, SVP of marketing and digital.

He pointed to recent surveys Hibbett conducted that showed consumers plan to spend more this year with the retailer during this year’s holiday season. Quinn added, “They plan to spend more on apparel and an even greater increase in footwear purchases.”

Hibbett also expects it will benefit from “substantially” expanding the number of shoppers in its customer base, supporting a record number of active customers in its loyalty program in the third quarter due to ongoing acquisition and retention efforts.

Quinn also cited the benefit of holiday selling of a myriad of newer digital tools to reach customers, including e-mail, text and social media. Finally, Hibbett and City Gear are “seeing good sell-throughs, particularly high-heat products,” which should drive momentum over the holiday-selling period.

Jared Briskin, EVP and VP of merchandising, added that the fourth quarter should benefit because the year-ago quarter was” heavily pressured” by inventory shortages, especially footwear. He said, “Our inventory is extremely well-positioned right now. Very fresh, very new and highly concentrated in key footwear franchises.”

Hibbett has confidence that demand will continue as its second and third quarters this year rose in the fifties compared to the pre-pandemic quarters in 2019.

From a margin perspective, Briskin noted that Hibbett would face easier comparisons in the fourth quarter as the third quarter of last year continued to benefit from pandemic-related stimulus payments. Margins are expected to benefit as Hibbett’s holiday mix is in its best position since the supply chain disruption began in the earlier stages of the pandemic.

Said Briskin, “We’re confident where our inventory is. We’re getting incredible support from our vendor partners, and we want to ensure that our inventory is seasonally relevant on our floors. If you think about the last couple of years, particularly in apparel, with all the supply chain disruption, there hasn’t been a seasonally relevant apparel story on our floors or anyone else’s floor for that matter.”

Gross margin eroded 200 basis points to 34.3 percent from 36.3 percent in the year-ago period. The decline was driven by a lower average product margin of approximately 245 basis points, partially offset by expense leverage in its logistics operations of roughly 45 basis points.

SG&A expenses were 23.9 percent of sales, down 130 basis points from 25.2 percent a year ago. The improvement was primarily the result of leverage from the year-over-year sales increase.

“We’re pleased with our strong top-line performance for the third quarter, boosted by a busy back-to-school selling season, which landed more in the current quarter this year versus the second quarter last year, as consumers waited closer to the start of school to make purchases,” said Longo on the call. “That helped deliver a nearly 10 percent year-over-year increase in comparable sales in Q3 and an increase in diluted earnings per share in excess of 15 percent.”

Longo added, “We had confidence in our improving inventory position going into the third quarter, and our sell-through was strong as we continue to experience robust sales for our popular footwear brands.”

However, he noted margins were dragged down by markdowns in apparel in a promotional climate and continued to be impacted by high fuel and freight costs, increased utility costs and wage inflation. Longo added, “In Q3, these cost headwinds affected the operating margins somewhat more than in an expected higher volume quarter like Q4. Overall, our team did an outstanding job executing this quarter despite the ongoing macro-economic pressures.”

On a three-year stack compared to the third quarter of calendar 2019, total sales in the latest quarter grew 57 percent, and comparable-store sales gained 51.7 percent. By channel, brick-and-mortar comps increased 42.5 percent compared to the 2019 third quarter, while e-commerce sales grew 124.7 percent. E-commerce represented 15.0 percent of total sales for the latest quarter compared to 14.0 percent a year ago and 10.5 percent in the 2019 third quarter. On a three-year stack basis, diluted EPS climbed approximately 15-fold on a GAAP basis and six-fold on a non-GAAP basis.

Longo said, “These results derived from significant improvements to our underlying business model, which will continue to support our long-term growth.”

By category on a three-year stack basis, sales were up in the low-70s in footwear, high-30s in apparel and mid-single-digits in team sports.

Briskin said sales in the quarter were in line with expectations, with all categories performing as expected. He said, “Footwear and accessories were the standout categories during the quarter.”

In the quarter year-over-year, footwear’s comp increased in the high-20s, and accessories were up high-single-digits. Apparel and team sports comped negatively against significant increases in the prior year.

Inventory at the end of the third quarter was $234.7 million, an 83 percent increase from the beginning of the fiscal year and a 56.4 percent hike compared to the same period last year.

Hibbett officials noted that inventory levels are generally higher at the end of the third quarter to support holiday selling, but much of the dollar increase has been driven by cost increases as unit volumes have grown at a much slower pace.

The increase also reflects positive impacts on its inventory mix in footwear, given low stocks in the year-ago period. Said Brisken,” We’re confident in our inventory position. The increased inventory levels are largely attributed to the better in-stock position of key footwear franchises.”

Said Brisken, “Our results in the third quarter combined with our strong branded inventory positions continue to give us confidence that our toe-to-head merchandising strategy is working and elevating how we serve consumers.”

Longo added, “We’re fortunate to have strong vendor partnerships which support our ability to have sufficient inventory levels of the right product mix to drive sales. In addition to the amount of inventory, we’re very positive about the quality of that inventory as we approach the holidays. We continue to offer a compelling range of trend-relevant brands and products that appeal to our fashion-conscious consumers.”

He added that while the current inflationary environment “is certainly challenging for families faced with higher prices for food, shelter and gas, we continue to see strong demand. As we enter the fourth quarter, we remain committed to executing our strategy and optimizing our performance, our best in class omni channel business model, our superior service in the stores and our compelling merchandise assortment create differentiation in the marketplace, provides us with a competitive advantage in the eyes of the consumer and our vendor partners, and it puts us in a position to deliver strong sales and profitability in the coming years. As a result, we are reaffirming our full-year fiscal guidance.”

Hibbett’s guidance for the year continues to call for: