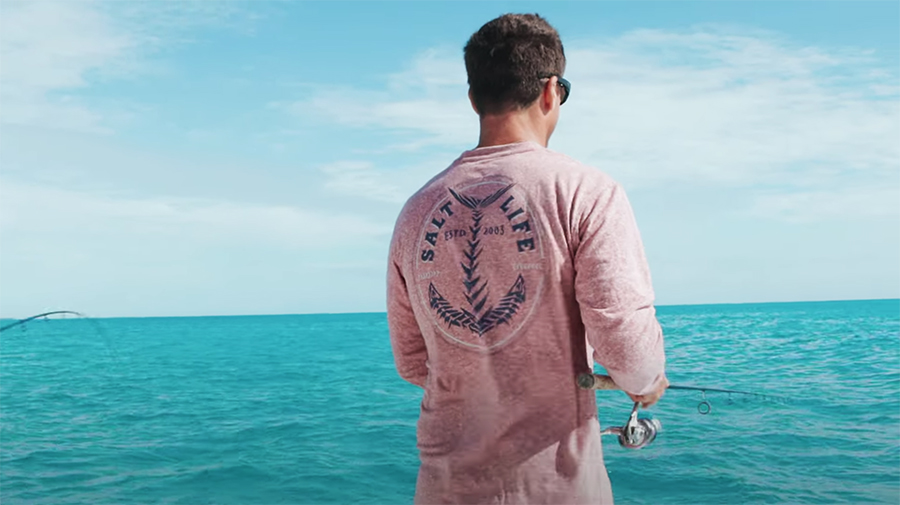 Sales in the quarter reached $126.9 million against $118.7 million a year ago. In a press release issued July 12, Delta pre-announced that sales for the quarter would increase approximately 6 percent.

“Third quarter results reflect continued broad-based demand for our products, with the Delta Group segment delivering 3 percent growth over the prior year and the Salt Life segment registering 30 percent growth year over year,” said Bob Humphreys, chairman and CEO, on a call with analysts.

At the Delta Group segment, sales grew to $106 million from $102.6 million, driven by sales and unit gains at both its Global Brands and DTG2Go businesses.

“Global Brands continues to expand revenue and unit growth while we provide a high-service level to our customers with our expanded array of value-added services,” said Humphreys. “Over time, we will migrate to more production to meet the demand we are seeing in this channel of business. Our value proposition with multiple channels of distribution in our vertically integrated supply chain allows us to cater to our customer’s needs.”

Humphreys said DTG2Go’s partnership with Fanatics continues to grow. As reported, DTG2Go’s digital print technology had been installed in three of DTG2Go’s facilities to support Fanatics’ licensed sports merchandise delivery. Custom orders can be produced, packaged and shipped to the consumer within 24 hours of order placement.

Humphreys said, “We have now installed new digital print equipment in a fourth facility, allowing us to be even closer to the end consumer and better serve the important Northeast market. We expect this growth to continue for the fourth quarter as we position ourselves for the holiday season.”

The Delta Direct business has seen the market decline for replenishment orders for mass channel activewear at large retailers although excess inventories appear to be working their way through the channel, said Humphreys.

At the Salt Life segment, revenue grew 30 percent to $20.9 million from $16.1 million in the third quarter of 2021. The segment’s growth was driven by a more than 40 percent increase in wholesale sales, combined with continued Salt Life branded store sales growth.

“We have seen strong results on both the retail and wholesale channels of distribution,” said Humphreys on Salt Life. “And with a better inventory position combined with an updated e-commerce site, we have seen a nice increase in web traffic over the previous quarter.”

Salt Life opened stores in Foley, AL; and Hilton Head, SC; in April; and in Boca Raton, FL; and Rehoboth Beach, DE; in May. With the openings, Salt Life has reached its goal of having 20 locations across seven states for the year.

“Our recent Salt Life retail location openings continue to meet our initial sales expectations, validating the strength of the Salt Life brand,” said Humphreys. “We believe our omnichannel strategy is working well for Salt Life is building overall consumer demand for the brand. We are achieving positive sales results in our business.”

The decline reflects the erosion in gross margins by 130 basis points to 24.2 percent, largely as a result of inflationary cost pressures, which are now flowing through the cost of sales. During the quarter, the impact of higher cotton prices, energy, and freight costs were the largest drivers of margin pressure.

Salt Life’s gross margins improved to 50.2 percent from 49.7 percent, resulting from a favorable mix of sales including increased retail stores.

SG&A expenses increased 12.6 percent to $22.4 million and to 17.7 percent of sales from 16.8 percent a year ago. The increase was primarily driven by higher variable selling costs and travel expenses compared to the same period last year. In addition, distribution costs were higher primarily due to increased wages.

Net inventory as of June 2022 was $227.7 million, an increase of $30.0 million from March 2022 and $75.4 million from June 2021. The increase in inventory levels reflects planned increased production combined with higher input costs.

Humphreys said the continued demand for Delta Group’s vertical manufacturing capabilities and DTG2Go production as well s  Salt Life’s momentum are expected to continue to drive growth. He also said Delta is actively seeking to mitigate the cost pressures across the marketplace.

“Over the last several months we have managed our commitment of July-base cotton contracts to reduce the amount of high-price cotton to eventually flow through our cost of sales,” said Humphreys. “We have already decreased our production output and have reduced our planned operating schedule until late fall when lower priced cotton will be available in the marketplace. We expect these actions will reduce our units on hand to service the undecorated activewear market.”