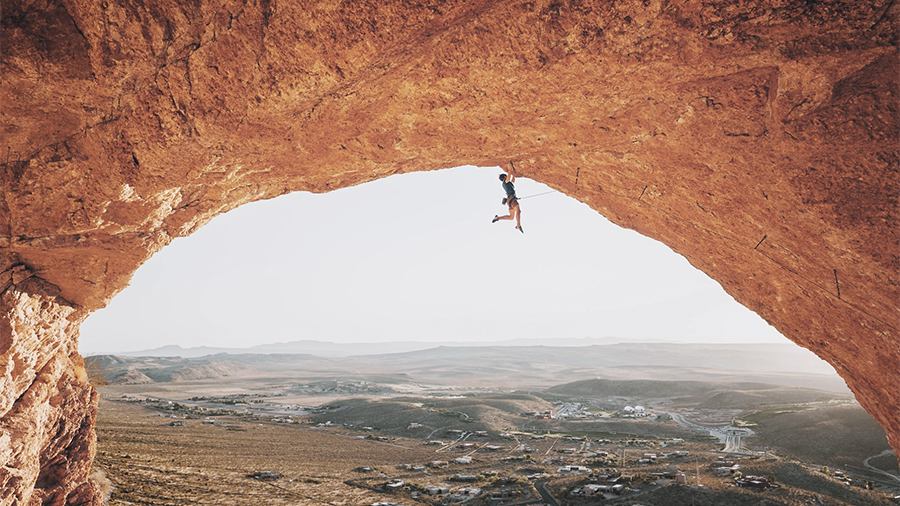 “Our Precision Sport segment continues to execute at a high level, growing sales by 41 percent,” said Clarus President John Walbrecht on a call with analysts. “And in our Adventure segment, we are pleased to report early success in our Innovate and Accelerate strategy, especially in North America. In fact, Rhino-Rack’s net sales in North America during the first quarter increased 42 percent, an early proof point of the substantial white space that we believe exists for our Adventure brands in this market. As we continue to experience a strong order book with Black Diamond, but supply chain and logistic challenges impacted our ability to convert all Outdoor segment demand into revenue.”

In the quarter ended March 31, record sales of $113.3 million increased 50 percent. Wall Street’s consensus target had been $110.4 million. The increase includes a revenue contribution of approximately $24.5 million from Rhino-Rack, an acquisition completed on July 1, 2021, and $4.2 million from MAXTRAX, an acquisition completed on December 1, 2021. First-quarter sales increased 6 percent on a proforma basis compared to the year-ago quarter.

Gross margins improved 320 basis points to 39.1 percent due to improvements in channel and product mix, as well as operational efficiencies achieved due to the company’s larger scale. Excluding a $300,000 fair value inventory step-up associated with the Maxtrax acquisition and the adjusted gross margin in the first quarter increased 290 basis points to 39.3 percent.

SG&A expenses in the quarter were $34.2 million compared to $20.9 million in the same year‐ago quarter due primarily to the inclusion of Rhino-Rack and Maxtrax, which contributed $9.4 million in expenses. Non-cash stock-based compensation for performance awards was $3.4 million, a $1.8 million increase compared to the first quarter of 2021. The remainder of the increase was driven by investments in the company’s go-to-market and fulfillment activities in support of its increased sales.

Adjusted EBITDA in the first quarter increased 85 percent to a record $19.7 million, exceeding Wall Street’s consensus estimate of $16.6 million. The adjusted EBITDA margin improved to 17.4 percent from 14.1 percent in the same year‐ago quarter.

Outdoor Segment Sales Flat Despite Strong Demand
Walbrecht said that due to the continued supply chain and logistics challenges and other delays caused by COVID-19-related shutdowns in Southeast Asia, Black Diamond was unable to fulfill roughly $10 million in demand with product during the first quarter that had already been produced, but stuck in transit. Given the high concentration of core equipment that Black Diamond sells, the in-transit inventory is expected to be converted into in-line or full-price revenue in future quarters.

“Our global order book for Black Diamond has continued to sustain momentum,” said Walbrecht. “Consistent with that, that we stated earlier this year, we are purchasing inventories in line with our demand plans of $270 million to support these higher levels of bookings. However, we are handicapping this order book in our 2022 sales guidance as a result of the supply chain and logistics challenges we continue to face. As we stand today, along with a very strong fall ’22 order book, we have confidence that the Black Diamond brand’s top-line revenues should accelerate going forward.”

Most of the logistics challenges impacted Black Diamond’s equipment sales as the apparel business grew 53 percent year-over-year, driven by growth in men’s and women’s outerwear and women’s sportswear.

“Most importantly, apparel remains our fastest-growing category, confirming that the Black Diamond positioning of apparel as equipment continues to resonate well with our core consumers,” said Walbrecht.

Clarus benefited from a strong reacceleration in its direct-to-consumer growth with sales up 38 percent in the quarter. Clarus in December 2021 hired Bryson White as VP of e-commerce to emphasize a digital-first DTC approach.

Walbrecht said, “He has already been successful in activating our digital-first strategy, focusing on performance marketing and balancing that approach across search, top of funnel, paid social and email retargeting. We also did a better job of fulfillment, while still balancing our desire to serve and grow our wholesale, retail partners. As we look to the rest of the year, we expect continued momentum from our direct-to-consumer business within Outdoors.”

Precision Sport Sales Surge 41 Percent
The Precision Sport segment, which includes Sierra and Barnes, saw a 41 percent year-over-year gain and benefited from its ability to stay in stock.

“We outperformed on our ability to increase capacity and satisfied an increase in growing OEM demand while continuing to be scrappy in our ability to deliver ammo across both Sierra and Barnes,” said Walbrecht. “While shell cases continue to be our number one challenge, from a sourcing standpoint, we’ve done an excellent job sourcing copper and lead, using our balance sheet to secure these materials in advance of the rising costs and accelerated demand.”

For 2022, Clarus continues to have a bullet production run rate target of 350 million bullets at Sierra and 120 million bullets at Barnes, resulting in the doubling of both businesses and substantially improved margins since acquiring them in 2017 and 2020, respectively.

“Through both Sierra and Barnes, we have complementary brands that provide a strong runway for long-term growth,” said Walbrecht. “Sierra is focused on precision, and we will continue to maximize growth through proactive innovations and the expansion of our ammunition collections. Barnes is focused on terminal impact as the hunting brand of reference that has been selling ammo for 30 years, servicing the large addressable market that has been built over decades.”

Walbrecht said both brands are gaining market share across all leading categories and bookings remained strong across our portfolio. He added, “Although we are tenacious and disciplined in our approach, this doesn’t mean that we are immune from the various external supply chain challenges that are currently being experienced as we work towards building increased capacity and product availability to support our longer-term targets of $200 million annually for Precision Sports. Through new product introductions, increased capacity, expanding our distribution globally and maintaining our focus on building the best bullets in the world, we are confident in our long-term vision for this segment.”

Adventure Segment Sales Reach $28.7 Million
Said Walbrecht, “In our Adventure segment, our Innovate and Accelerate strategy began to take shape in the first quarter. We are excited about the growing momentum of Overlanding.”

However, short-term demand for Rhino-Rack in Australia was impacted in the quarter by extensive floods affecting the Australian continent and continued impacts of COVID-19 lockdowns early in the quarter.

More positively, Q1 marked the first full quarter of Rhino-Rack’s introduction into the North American market and sales in the region jumped 42 percent on a pro forma basis. Said Walbrecht, “Initially, we are focused on meeting the growing demand of our top 10 key automotive aftermarket retailers and preparing for accelerated opportunities through both the automotive aftermarket and outdoor channels.”

MAXTRAX, acquired in December of 2021, saw an acceleration in the first quarter as inventory allocations were increased to catch up to the growing demand for recovery boards within the Overlanding space.

Full-Year Guidance Unchanged
Clarus maintained its initial guidance given at the start of the year. Sales are expected to sales to grow approximately 25 percent to $470.0 million compared to 2021.