Europe’s outdoor market grew by 2.1 percent in value and 1.7 percent in volume last year, according to research released by the European Outdoor Group (EOG) on the first day of the Outdoor Show in Friedrichshafen, Germany.

The year was characterized by a relatively healthy spring/ summer season, but a weaker second half, which affected the full figures.  Apparel was impacted most, while other categories proved to be more resilient.  State of Trade 2015 calculates that the sell-in value of the market last year was €5.3 billion, with an estimated retail value of €11.2 billion. The retail estimate does not take account of any discounting or price promotions of stock.

State of Trade uses data from 111 brands from across Europe, analyzing sell-in data for seven main categories and 48 separate sub-categories.

Countries and regions
Regions reported in State of Trade are defined by geography and climate, rather than any other considerations.  Apart from Russia, countries’ comparative rankings remained unchanged.  The report showcased a clear consistency in the growth of product categories (indicating overall retail buying patterns), regardless of market and climate, or a country’s economic performance.

The two largest markets, Germany and France, grew by 2.2 percent and 2.5 percent respectively, while the third largest, the UK, lagged slightly with a growth of 1.8 percent.  In terms of regions, Southern Europe and Eastern Europe performed best, growing by 2.3 percent and 2.2 percent respectively.  Overall, outdoor has continued to be a resilient sector when compared to overall economic growth across Europe.

Categories
Each category performed better in the first half of the year as can be seen in the chart below.  Backpacks was the fastest growing category in 2015 and all hardwear markets did well.  Apparel, which is the largest category, representing 50 percent of the market value, lagged behind the other categories.  Apparel volume grew at 1.2 percent, behind the overall market average of 1.7 percent.

As shown in the graphic to the right, 81 percent of the respondents to an EOG membership survey said their sales grew in the first half of 2016 compared with the same period a year ago.

“We have experienced two consecutive difficult winter seasons and in that context these results are satisfactory, especially as autumn/winter makes up 54 percent of the market value every year,” said Mark Held, general secretary of the EOG. “The outdoor sector did grow in real terms last year and that is good news.  Winter came so late that any uplift is not represented in these figures, but a survey of EOG members covering this year to June gives some cause for optimism, with an indicative view that suggests some relatively strong growth in value.”

The State of Trade project is managed by the EOG’s head of market research Pauline Shepherd, working with 111 brands represented by association members across Europe.  A gap estimate is added to the inputted figures from the brand participants to take into account missing brands.  Since the EOG agreed to accept retail members, their input has helped the association to more accurately calculate the final sell-in value and better estimate the sell-out value for the year.  The collected data and the gap estimates are added together to create a total market picture and this is what is reported in State of Trade 2015.

The European Outdoor Group was founded in 2003 by 19 of the world’s largest outdoor companies, all of which recognized the need for a cohesive, cross border approach to representation of the outdoor sector.  The combined strength of the EOG’s members (93 full members and 10 associate members), provides the group with an extremely powerful force to represent the European outdoor industry in a constructive and positive manner.

To find out more about the EOG’s market research program, contact marketresearch@europeanoutdoorgroup.com or call Pauline Shepherd on +44 (0) 7798 668999. 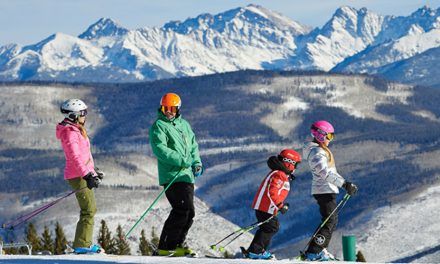 Trips for Kids Expands to Israel