Eurobike Moving To July In 2018 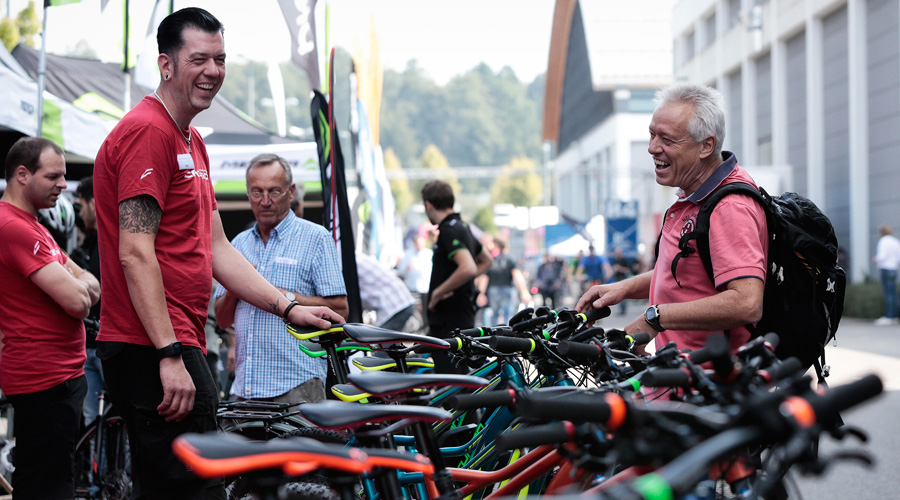 Messe Friedrichshafen will move Eurobike up a full month in 2018 in a bid to head off the proliferation of in-house brand dealer events that it says are fragmenting the industry.

Eurobike 2018 will kick off on Sunday, July 8, compared with the Wednesday, August 30 date of next year’s show, which will run through Friday before opening Saturday, September 2 for a one-day consumer show, or Festival Day. Messe Friedrichshafen has yet to decide whether Eurobike 2018 runs for three or four days in 2018, although it has decided that it won’t include a Festival Day.

“The bike market is enjoying great dynamism and seeing numerous changes to the value chain,” explained Klaus Wellmann, CEO, Messe Friedrichshafen. “By taking place earlier in the year Eurobike will be even more relevant and strengthen its position as the leading trade show for new trends and innovations. The new dates and schedule have the backing of a large number of industry players and require sufficient advance notice to ensure secure planning for all parties.”

“Numerous conversations with manufacturers, including both exhibitors and non-exhibitors, retailers and the media have made it increasingly clear that further defragmentation of the industry into separate in-house exhibitions and order shows is neither long-term, nor sustainable,” Reisinger said. “Looking down the road, we are changing the future Eurobike in two stages, adjusting the gears to strengthen its position as an innovation driver for the international bicycle industry.”

The Winora Group will exhibit its full brand portfolio at the Eurobike 2018 in a show of support for the move, said Managing Director Susanne Puello. FSA has also committed to exhibiting at the show.

“We strongly believe that it is necessary to bring the show forward to an earlier date,” said Claudio Marra, Managing Director FSA. “September is too late for our business timetable. New bikes and components are already available or have been covered by other events and media. As a result, we miss out on the original nature of the Eurobike, to present new product innovations. We are a big fan of the new changes and are only too happy to support them.”

Wellmann said the earlier dates are designed to lure more relevant market players back to the show.

“The situation is clear: Eurobike should be the main event where all relevant brands first present their innovations to industry, retail and media representatives,” said Wellmann. “As a result, Eurobike will have an exclusively B2B focus, so there will be no addressing end consumers from 2018.”

“There seems to be an unending flow of trade shows for retailers,” Chairman of the Board Dietmar Knust and member of the executive board Tobias Hempelmann said in a joint statement. “From July through to September, retailers can literally spend the entire time traveling the length and breadth of Germany, visiting dozens of these in-house shows which are generally more like events. Few retailers have the time – let alone the personnel – to do this during the season.

“The large number of in-house shows and Eurobike absentees is damaging the industry as a whole,” they continued. “Other industries are only too envious of our central, major trade show. This is why the VDZ is unequivocally in favor of bringing together the industry’s forces at the Eurobike. Having one show location guarantees a full overview of the industry’s new products.”