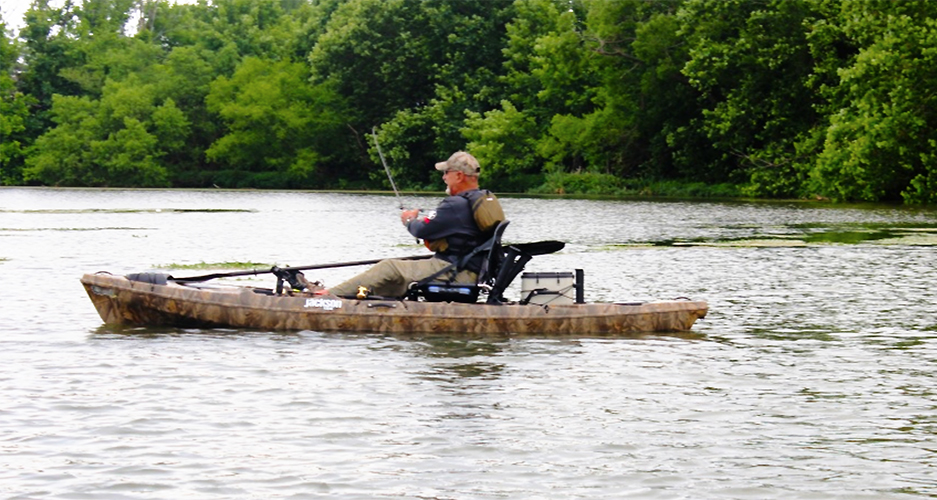 It’s a return to paddlesports for Jackson Adventures’ new VP of sales Brad Taylor, who brings 25 years of experience in the paddling world to the brand. Replacing Doug Ragan, Taylor comes to the company after two years working for Merrell and more than two decades in sales for such paddling brands as Dagger, WaveSport and Wilderness Systems. “Brad fits perfectly with the Jackson environment,” said CEO Peter Hausin. “He connects the culture of paddlesports with business extremely well, is an avid paddler and knows the industry as a paddler and a businessman.” Taylor will manage Jackson’s global sales after a year of change at the company — one which saw Founder Eric Jackson leave to launch a new venture named Apex. “Paddlesports is where I belong,” Taylor said. “Two years away from my home in the kayaking world was long enough.” SGB Executive caught up with Taylor for his take on Jackson, the paddlesports market and all things COVID-19 and kayak. 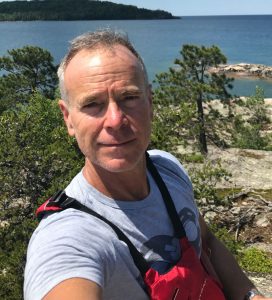 Let’s skip to the important stuff — what type of paddling do you like most?  I’ve spent my life paddling, and though my paddling focus has changed, my passion for it, and its importance to me, hasn’t. I’m always aiming to paddle five days a week; sometimes it’s at 6 am and sometimes it’s at 8 pm, but I’m getting out there. Recently, I’ve been focused on Supping. I have some specific goals related to racing. With that said, I’ve been investigating which one of our whitewater models will make the best C-1. I have a strong desire to get back out on whitewater, but I’m not interested in pursuing anything beyond Class III.

Why the rebrand? Does it represent a shift more toward the cooler market than kayaks? It’s not a re-brand as much as it is creating an entity within which other brands can live and have their own unique identity as a brand.

Any fallout from the industry and retailers about (company founder Eric Jackson) EJ leaving to start his own company? There’s no fallout, but rather a curiosity about where EJ’s passions and energy may lead him next. There is no change in our ownership structure. While EJ is focused on independent projects that aren’t connected or associated with Jackson Kayak, Dane and Emily (his son and daughter) remain very involved and engaged.

Tell us about the team JK has in place: We have a great team. We’re all passion-driven, and we all share the vision of elevating this brand through operational excellence, creating innovative kayaks and other products that our retail partner’s value and are sought after by consumers.

How would you rank your priorities in regard to the whitewater, fish and recreational kayak markets? Our priority is to be a comprehensive manufacturer of innovative, performance-focused kayaks. All the categories are important. We won’t neglect any category. While we all know whitewater is a small market compared to fishing and rec, it’s part of our DNA and much of what we do will be through the lens of that history and heritage. Coolers are a small but growing part of our business. You can expect to see more innovations from us in both categories.

Learn anything from your time at Merrell that you can bring to paddlesports? I learned that there really isn’t a lot of difference between selling boots and boats. However, the boot business is a lot bigger than the boat business and they have two seasons. It never slows down. I was fortunate to work for a great brand and great people at Merrell. I’d say the most valuable thing I learned during my time there is the importance of having effective processes, procedures and certain business disciplines.

What’s changed in the paddling industry in the two years you were away from paddlesports? There has been a maturation of the market, a real down cycle. Though it shouldn’t be unexpected. Every category has a cyclical element. We’ve observed this in every category for decades. However, now we’re seeing the COVID-19 crisis lead consumers back outdoors, which has led to unanticipated growth. Some theorize this is a bubble, and it may be, but it’s likely an enduring bubble, which may last multiple seasons. Long term as a category, we must do a better job of reaching and resonating with a broader range of consumers and diminishing the perception that paddlesports are a seasonal activity. Both the whitewater and fish kayak segments are maturing. And we need to do a better job of keeping current participants engaged and drawing in new ones.

How has COVID-19 affected your operations? We’ve experienced a very sudden and unanticipated demand for our product. Frankly, we’ve been challenged to keep up with demand and challenged to communicate accurate information related to lead times. It’s been a moving target like we’ve never seen. It’s been an exercise of increased efficiencies, improved communications and establishing protocols to keeps our teams safe. We’re learning a lot from this, and we’ll come out on the other side stronger and better.