Danish company Ecco signed four-time major champion Ernie Els, who will showcase the company logo on his headwear and compete in its hybrid golf shoes featuring the award-winning E-DTS outsole.

In his legendary career, the 44-year-old South African has captured 70 professional titles around the world, most recently the 2013 BMW International Open. As part of this multi-year agreement, he will be featured in global marketing and advertising initiatives supporting the Ecco Golf Collection, and appear at company functions.

“Ecco has clearly struck on the winning formula,” says Els. “They make shoes that look great, are incredibly comfortable, can be worn almost anywhere and offer the kind of stability a guy like me really needs on the course.”

Throughout 2014, Els will be seen competing globally in a range of selections from current collection. These include the new Street EVO One, acclaimed BIOM Hybrid and luxurious Tour Hybrid models. Each is built atop a patented configuration of approximately 100 moulded traction bars with 800 traction angles. Constructed from TPU  a highly durable, wear-resistant material  these elements provide superb, Tour-quality grip.

“Ernie’s style, iconic swing and incredibly gracious personality make him one of the game’s truly unique figures,” says Jesper Thuen, Global Sponsorship, PR & Event Manager  Ecco Golf. “He’s been a big fan and supporter of Ecco since the dawn of the hybrid golf shoe revolution, and will now be a very high-profile ambassador for years to come.”

Away from the course, Els is widely admired for his business portfolio and philanthropic endeavors. In addition to his work as a golf course architect (Ernie Els Design), he has an acclaimed wine-making business (Ernie Els Wine) and a charitable foundation supporting youth golf in South Africa (The Ernie Els & Fancourt Foundation).

Most personal, however, is The Els for Autism Foundation established in 2009 by Els and his wife Liezl shortly after their son Ben was diagnosed with autism. The Foundation is focused on establishing a state-of-the-art Center of Excellence combining the vital components of education, medical and professional services and transition to adulthood. 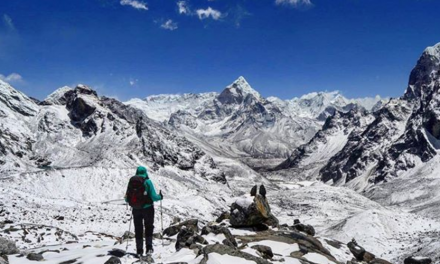 Garmin Selected As Official Supplier For The Volvo Ocean Race