DSW Inc. raised its EPS guidance on the strength of strong November and December revenues. Its annual earnings were slightly raised to a range of $2.96 to $2.99 for fiscal 2011 from a range of $2.90 to $2.95 previously. The family shoe chain also plans to accelerate new store openings in 2012 to between 35 to 40 new stores, ahead of its long-term goal of 15 to 20 openings per year.

Speaking at the ICR Xchange investor conference last week, Mike MacDonald, president and chief executive officer, said the ramped up expansion was “opportunity” driven, with 17 stores stemming from the closing of Borders. He called the 17 “fantastic locations and they represent a really high quality class of stores that are going to pay dividends in years to come.”

Overall, the discount shoe chain has 326 stores and sees the potential to have at least 450 and possibly more depending on its test of small markets. It typically only go into markets with 400,000 people, but is testing ones between 150,000 and 400,000 people. Two smaller market stores were opened last year and eight are planned in 2012.

Spelling out some of the chain's attributes, MacDonald said DSW's average store size is 22,000 square feet, about four times the size of a shoe department in a typical department store and twice as big as a typical shoe department in a Nordstrom. That enables a DSW location to carry 25,000 to 30,000 pairs to offer more choices for consumers.

From a pricing standpoint, shoes are typically $25 to $30 off the MSRP with even steeper clearance options. About 10 percent to 15 percent is 40 percent or more off of MSRP. To gain good pricing upfront, DSW doesn’t ask for support for markdowns, fixtures or marketing. Said MacDonald, “'The reason our suppliers like it is because the minute we walk out of that showroom they know how much money they're going to make.”

The stores have over 400 different brands. Women's represents two-thirds of the mix. Men's has been growing at a faster pace than women's over the last four quarters with the improvement in brands and fashion content and is expected to grow from 15 percent currently to 19 percent. MacDonald said DSW is “probably not going to improve or increase the athletics penetration above 13 percent, but what we are doing is changing the mix. We're going to do less street or fashion athletic and more technical athletic so we can compete head-on with the Finish Lines and Foot Lockers of the world.”

Accessories (handbags, small leather goods, casual hosiery, scarves, etc.) has grown from 6 percent of sales in 2010 to 7 percent in 2011 and is expected to ultimately reach 10 percent. Private brands, currently at 10 percent, is expected to reach 15 percent. Kids were launched at DSW.com last year and “it's gotten off to a very nice start.” Kids is also a big opportunity at the store level but MacDonald admits that adding kids “without displacing adult footwear” remains a “challenge.” 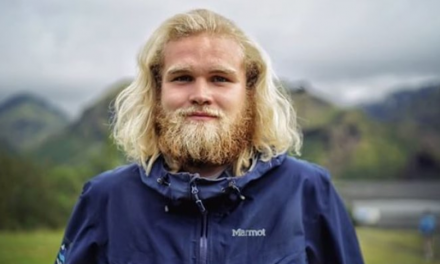 Thesenga returns to Climbing as Editor in Chief