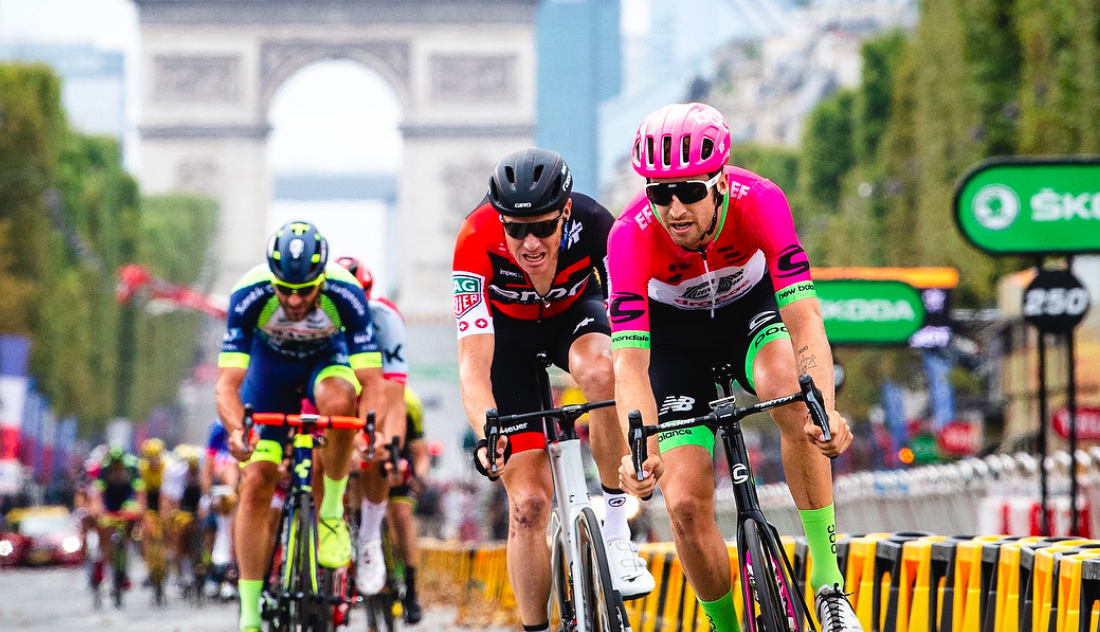 Helped by better weather and the success of new bike introductions from Cannondale and GT, Dorel Sports segment sales climbed 7.4 percent in the second quarter to $224.5 million while expanding 6.5 percent on a currency-neutral basis.

All figures for the Canadian-based company are in U.S. dollars.

The results marked a rebound from the first quarter, when Dorel Sports’ revenues were down 3.4 percent on a reported basis and 6.2 percent currency-neutral.

On a conference call with analysts, Dorel Industries’ president and CEO Martin Schwartz, said Dorel Sports’ results were “much stronger than we expected, and surpassed the outlook we provided last quarter.”

Dorel had warned that liquidation sales from the exit of Toys“R”Us and poor April weather in most markets would impact Dorel Sports’ Q2 results.

Six-month revenue for Dorel Sports are now ahead 1.9 percent, to $431.2 million, which is flat-to-prior-year after removing the impact of varying foreign exchange rates year-over-year.

Schwartz said much of the improvement at Dorel Sports came from Cycling Sports Group (CSG) and Caloi divisions, both of which posted double-digit growth in all key regions. Caloi, Brazil’s largest bicycle company, benefited from a “slightly better economic scenario and improved market confidence” that supported sales gains at mass merchants.

New product launches and better weather in many areas in May and June after poor weather delayed the start of the cycling season helped perk up overall retail activity, said Schwartz. Cannondale launched the F-Si cross-country race bike at a well-attended media event in Germany, as well as the SystemSix in July just prior to the Tour de France. The SystemSix is the bike of choice for the Cannondale racing team and has been dubbed “the fastest bike in the world.”

Schwartz said media coverage for both Cannondale bike launches “have been extensive, with articles in over 30 countries.”

The European bike market has seen “strong results” with the help of the product innovations as well as increases from lower-end mountain bikes. The U.S. bike market increased retail activity in May and June after poor weather delayed the start of the season. Said Schwartz, “The momentum has been very good.”

Among other lines, GT launched the Force and the Sensor all-mountain/trail platforms with a media ride in Norway in July. Schwinn partnered with Netflix on a limited-edition, ‘80s-inspired bike in a tie-in with the show “Stranger Things,” and all 500 bikes sold out in five days.

Pacific Cycle, which includes Schwinn, Mongoose and KidTrax, experienced a modest revenue decline overall in the quarter with the negative impact of the Toys “R” Us U.S. liquidation, but revenue to other key customers increased.

Dorel Sports showed an operating loss of $3.3 million due to restructuring costs of $11.2 million (of which $9.2 million was non-cash) related to the sale of the company’s apparel business (Sugoi and Sombrio) in the quarter to Louis Garneau Sports. The primary components of the charges were a write-down of the Sugoi trademark and inventory markdowns. This divestiture will allow Dorel Sports to focus on the comany’s core strategic businesses of bikes, parts and accessories categories and electric ride-ons.

For the six months, the operating loss was $4.1 million compared to an operating profit of $15.0 million in 2017. Excluding the $6.6 million impairment loss on trade accounts receivable from Toys “R” Us U.S. recorded in the first quarter, adjusted operating profit for the half was $13.8 million compared to $15.1 million a year ago, largely due to  a 70 basis points decrease in adjusted gross profit offset by higher revenue.

Looking ahead, Schwartz added, “Dorel Sports remains on track to significantly improve earnings over last year. The second quarter was slightly better than expectations, and our outlook remains positive with upcoming new products expected to drive improved sales and adjusted operating profit in both the third and fourth quarters.”