The Department of Justice has seized more than $1.5 million in proceeds from the distribution of counterfeit sports apparel and jerseys as the result of an investigation into the sale of counterfeit goods on commercial websites.

The investigation also resulted in the seizure of three domain names used in the sale of counterfeit sports apparel. The funds were seized from interbank accounts and six money service business accounts. The seizure warrants were unsealed in U.S. District Court in the District of Columbia on May 7, 2012.
The seizure was announced by Assistant Attorney General Lanny A. Breuer of the Justice Department’s Criminal Division, U.S. Attorney for the District of Columbia Ronald C. Machen Jr. and John Morton, Director of the Department of Homeland Security’s Immigration and Customs Enforcement (ICE).

Additionally, last month, the Department of Justice seized more than $896,000 in proceeds from the sale of counterfeit sports apparel on commercial websites as part of Operation In Our Sites.

According to court documents, investigation by federal law enforcement agents revealed that subjects whose domain names had been seized in a November 2010 In Our Sites operation continued to sell counterfeit goods using new domain names.  In particular, the individuals, based in China, sold counterfeit professional and collegiate sports apparel, primarily counterfeit sports jerseys.  Law enforcement agents made numerous undercover purchases from the websites associated with the new domain names.  After the goods were confirmed to be counterfeit or infringing, seizure warrants for three domain names used to sell the infringing goods were obtained from a U.S. Magistrate Judge in U.S. District Court for the District of Columbia.

The individuals conducted sales and processed payments for the counterfeit goods using money service business accounts and then wired their proceeds to bank accounts held at a Chinese bank, the court documents state.

Under warrants issued by a U.S. District Judge, law enforcement agents seized $1,455,438.72 in proceeds that had been transferred from the money service business accounts to various bank accounts in China.  The funds were seized from correspondent, or interbank, accounts held by the Chinese bank in the United States.  Under additional seizure warrants issued by a U.S. Magistrate Judge, law enforcement agents also seized $94,730.12 in funds remaining in six money service business accounts used by the subjects.

“The seizures we are announcing today are another step forward in our efforts to disrupt and disable those engaged in intellectual property crime,” said Assistant Attorney General Breuer.  “By seizing the domain names and profits of online counterfeit goods operations, we are protecting consumers and sending a message to criminals that we will use every tool at our disposal to stop them.”

“Within a matter of weeks, this law enforcement operation has seized more than $2.4 million in proceeds from individuals overseas who are preying on the American economy and consumers with their sales of counterfeit goods,” said U.S. Attorney Machen.  “We will continue to work with our law enforcement partners to target these unscrupulous operators where it hurts them the most  at the bank.”

“ICE will continue to target those who traffic in counterfeit goods by attacking the financial profits of counterfeiting sites and shutting them down,” said ICE Director Morton.  “Operation In Our Sites and the tireless work of the National Intellectual Property Rights Coordination Center protect consumers from fraud on the Internet and combat intellectual property theft which exacts a toll on our economy and industries.”

This enforcement action is one of many efforts being undertaken by the Department of Justice Task Force on Intellectual Property (IP Task Force).  Attorney General Eric Holder created the IP Task Force to combat the growing number of domestic and international intellectual property crimes, protect the health and safety of American consumers, and safeguard the nation’s economic security against those who seek to profit illegally from American creativity, innovation and hard work.  The IP Task Force seeks to strengthen intellectual property rights protection through heightened criminal and civil enforcement, greater coordination among federal, state and local law enforcement partners, and increased focus on international enforcement efforts, including reinforcing relationships with key foreign partners and U.S. industry leaders.  To learn more about the IP Task Force, go to www.justice.gov/dag/iptaskforce/. 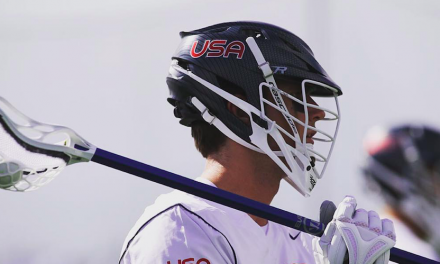