Dick's Sporting Goods and ESPN today announced a multi-year agreement in which Dick's will serve as the exclusive e-commerce provider of licensed merchandise and sporting goods on ESPN.com and related digital properties.  This is the latest evolution in a growing relationship between ESPN and Dick's Sporting Goods, which also includes sponsorship of ESPN’s Champ Week coverage for college basketball, and content collaborations such as Hell Week, an original documentary produced by Dick's Sporting Goods Films in association with ESPN, which aired on ESPN2 and ESPNU earlier this year.

As a result of the new agreement, fans will now be able to shop an expanded range of licensed fanwear available at the rebranded ESPN Fan Shop powered by Dick's Sporting Goods, located at dicks.com/espnfanshop.  Contextually integrated shopping opportunities will be featured across ESPN platforms in the near future  including ESPN.com, ESPN The Magazine, ESPN Radio and mobile properties like ScoreCenter, GameCast and WatchESPN  allowing fans to easily purchase officially licensed products from their favorite MLB, NFL, NBA, NHL, NCAA, EPL, MLS teams and more while following their favorite athlete or team.  In addition to licensed apparel, the site will carry an expanded assortment of ESPN merchandise, including the award-winning 30 for 30 documentary series.

Added ESPN’s Sean Bratches, EVP of Sales and Marketing, “ESPN and Dick's Sporting Goods share similar goals, most notably, serving sports fans and athletes. This new online store builds on a long history between the two companies and will allow both to better serve this audience with a unique shopping experience.” 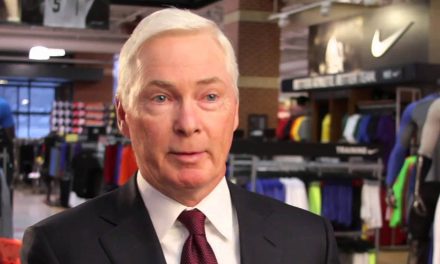