Shimano’s sales rebounded strongly in the third quarter, although the growth was due primarily to the devaluation of the yen and growth in Asia.

While consolidated net sales grew 12.2 percent to ¥66.4 billion ($671 mm) in the quarter ended Sept. 30, the Japanese company said U.S. sales of its bicycling components and fishing tackle remained lackluster and that a resurgence of spending by European bicyclists would not make up for sales lost to a cold, wet spring.

At the company’s Bicycle Segment, sales increased 10.1 percent to ¥52.1 billion ($537 mm). Sales were strong in Europe in July and August, but remained lackluster in Japan and the United States. Even in Europe, the gains were not enough to offset the effects of a late spring. Sales were buoyed by growing sales of sport bikes in China and after-market demand for components was strong across all markets. Shipments of the company’s Deore and Altus mountain bike components and Ultegra and Claris road bike components are proceeding as scheduled.

While Shimano did not provide results in local currency terms, it reported foreign currency adjustments had a ¥13.0 billion ($132 mm) positive impact on its income for the nine months ended Sept. 30, compared with just ¥2.4 billion ($22.7 mm) in the same period of 2012. The yen depreciated roughly 21 against the dollar and 24 percent against the euro in the year ended Sept. 30 as the new administration of Prime Minister Shinzō Abe pumped money into the economy.

In the United States, by contrast, Shimano warned that the budget impasse could impede private sector growth in the fourth quarter. In Europe, the company said the downward trend continued with some national economies still contracting. 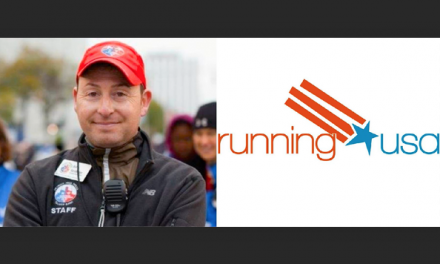 Running USA’s CEO To Step Down