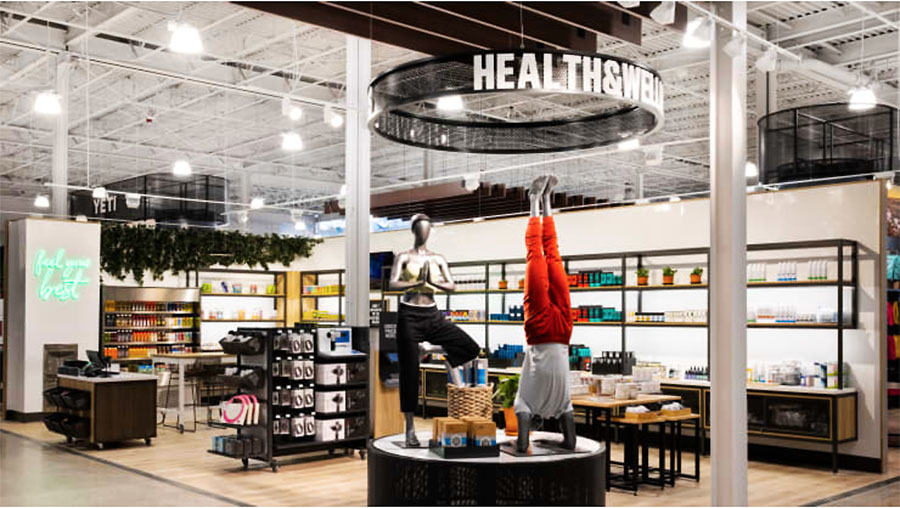 These new additions will bring approximately 450 collective jobs to communities through the hiring of full-time, part-time and temporary employees for the stores.

Dick’s House of Sport store in Knoxville will feature a 24,000-square-foot outdoor turf field and running track, a rock-climbing wall, a batting cage with HitTrax technology, golf hitting bays with TrackMan simulators, a putting green, a “House of Cleats” that will seasonally rotate product, a health and wellness destination, and a consolidated service area for breaking in gloves, stringing lacrosse sticks and building/repairing bikes. The location is at West Town Mall, at 7600 Kingston Pike. The grand opening runs from June 4-6. Earlier this year, the company opened its first Dick’s House of Sport location in Victor, NY.

Dick’s Sporting Goods Warehouse Sale locations will open in Towne Center Prado in Kennesaw, GA; Fenton Commons in Fenton, MO; and The Commons in Knoxville, TN. The stores offer deep discounts on footwear and apparel with some merchandise at 70 percent off or more. The grand for the Kennesaw and Fenton locations will take place on June 16; the Knoxville location will hold its opening on June 30.