Dick's Sporting Goods and Tribeca Digital Studios announced that they are partnering to produce a second documentary together with three-time Emmy nominated director Judd Ehrlich (Magic Camp, Run for Your Life).

The trio worked together on the Emmy-winning We Could Be King, a documentary that highlighted the impact and challenges facing two Philadelphia-area high school football programs forced to merge due to budget cuts. The film won the Sports Emmy last evening for Outstanding Sports Documentary.

The new documentary will tell the story of the Salmon River High School girls lacrosse team as they fight their way back from a losing season. Salmon River High School is surrounded by the Mohawk Nation territory of Akwesasne which straddles the border of upstate New York and Canada. This is where lacrosse was born and the sport remains an important part of their Native culture, however, it's traditionally a sacred game played only by men. The young women of Salmon River High have to navigate playing the sport they love while challenging traditional views and facing the day-to-day struggles of high school.

“We are so thrilled to have won the Emmy yesterday and so proud of our partners at Dick's Sporting Goods and The Dick's Sporting Goods Foundation for believing in the power of story. We couldn't be happier to be working again with Dick's and director Judd Ehrlich on a new adventure that highlights the great need for sports funding and the role athletics has in empowering young people,” said Paula Weinstein, EVP, Tribeca Enterprises.

We Could Be King and the Martin Luther King High School Cougars were part of The Dick's Sporting Goods Foundation's inaugural Sports Matter program in 2014, which addressed the growing issue of underfunded youth athletics nationwide. More than 180 youth athletic teams from across the country were awarded funds through The DSG Foundation toward their athletic programs, including MLK.

“We partnered with Judd and Tribeca Digital Studios on We Could Be King to create public awareness around the impact of funding cuts in youth sports,” said Lauren Hobart, Director of The Dick's Sporting Goods Foundation & SVP/CMO Dick's Sporting Goods. “To continue to shine a light on this important issue, we're excited to share a similarly powerful yet very different story of the Salmon River High School girls lacrosse team.”

More details on The Dick's Sporting Goods Foundation and its 2015 Sports Matter program will be announced this summer. 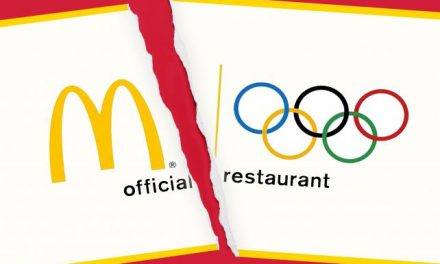