Dick’s Sporting Goods and The Dick’s Sporting Goods Foundation announced a $25 million multi-year commitment to support youth athletic programs including donations to local sports teams and the launch of the Dick’s Foundation's “Sports Matter” initiative. The Sports Matter program aims to address the growing issue of underfunded youth athletics nationwide through an extensive public awareness campaign and a new proprietary crowd-funding platform in which the Dick’s Foundation will match community donations to award up to $2 million in grants to disbanded or financially challenged youth sports teams.

The data is telling: Billions have been cut from youth sports programs nationwide in recent years and 60 percent of children must now pay a fee to play(1). An alarming study predicts that by 2020, 27 percent of U.S. public schools will not offer interscholastic sports programs(2). Yet, evidence shows that students who play sports are significantly more likely to stay in school and go to college, and prove better at social skills like managing emotions, resolving conflict, appreciating diversity and resisting peer pressure(3).

“We believe youth sports instill important character traits and teach life lessons that people carry with them throughout their lives,” said Lauren Hobart, director of the Dick’s Foundation & SVP/CMO Dick’s Sporting Goods. “Studies show that increasingly significant financial shortfalls are preventing young athletes from participating in organized sports, and through 'Sports Matter', we are taking important steps to raise awareness for this issue, contribute to financial needs and provide access to organized sports.”

“Every year we're seeing more and more cutbacks in sports,” said Jon Gruden, Dick’s Foundation's ambassador for the Sports Matter program. “Budgets are being decreased, coaches are being eliminated, and fewer players are going out for youth sports. We have to do something about it!”

The Dick’s Foundation is currently accepting applications and will provide teams accepted into the program with guidance to help raise half the funding necessary for one year of operation through a crowd-funding mechanism and will match the other half, up to $2 million. Teams must be K-12 age, be affiliated with a school, nonprofit or league with 501(c)3 status and have been eliminated, at risk of elimination or never able to form because of financial limitations.

Additionally, the Dick’s Foundation partnered with Tribeca Digital Studios and director Judd Ehrlich to create We Could be King, a documentary that cuts to the heart of the issue. The film depicts two rival Philadelphia high schools that were forced to merge due to severe budget cuts, and how their merged football teams have to learn to work together not only for the team's sake, but also for the fractured community they represent on the field. The film will premiere in April during the Tribeca Film Festival and then make its TV debut on Sat., April 26( )at 8:00 p.m. ET on ESPN2.
The Dick’s Foundation and Tribeca Digital Studios will host the Sports Matter launch celebration on Sat., March 8 at SXSW Interactive, featuring Gruden, actor Michael B. Jordan, four-time Olympic gold medalist track star Sanya Richards-Ross and others who believe that together we can save youth sports. 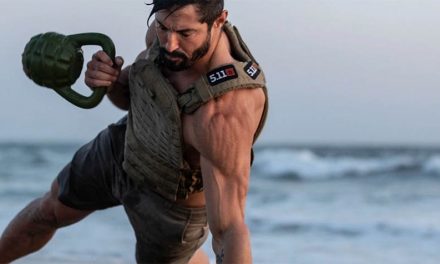