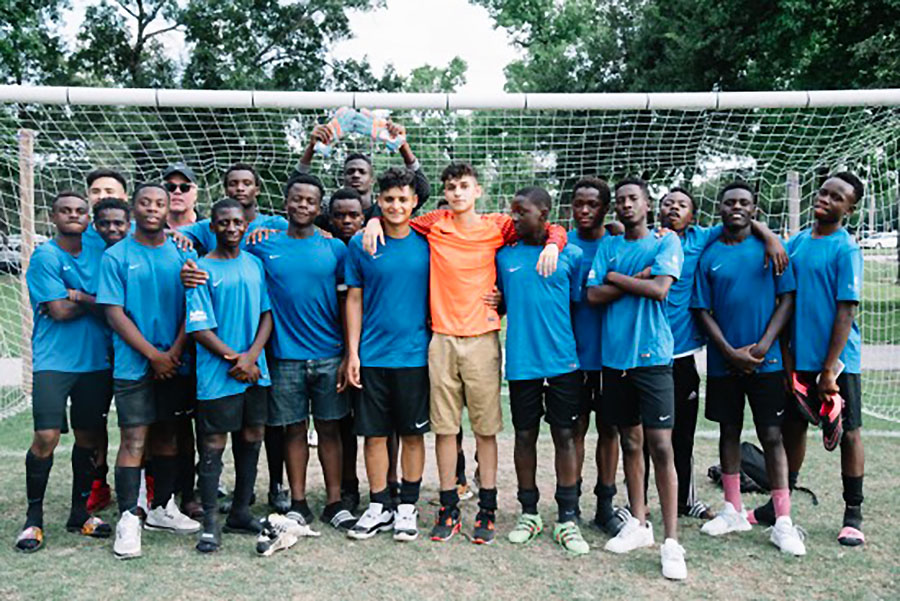 Dick’s released a short film, “reVision FC: A Holiday Assist,” which captures the story of the team’s struggles after Hurricanes Harvey and Irma.

In the wake of Hurricanes Harvey and Irma, Dick’s Sporting Goods and its Foundation committed $2 million to rebuild and refurbish youth sports programs and facilities across the Gulf Coast, Florida and other states impacted by the disasters.

After Harvey, Houston’s reVision FC soccer found itself in a tight spot. The youth team is comprised of African refugees and relies on outside funding to operate. As the city began to put itself back together, a team that provides players with a community and empowers them with skills and confidence was on the brink of collapse.

Today, Dick’s released a short film called “reVision FC: A Holiday Assist,” which captures the story of reVision’s struggles in the aftermath of the hurricane. The film tells the story of what the team means to the players and how they reacted to a surprise $120,000 donation from Dick’s Sporting Goods Foundation’s Sports Matter program that will keep the team on the field for the next three seasons.

“At Dick’s, we know the importance of giving gifts that matter during the holidays,” said Lauren Hobart, president of Dick’s Sporting Goods and The Dick’s Sporting Goods Foundation. “We believe giving the gift of sport brings people together, and can provide some sense of normalcy to kids whose lives have been turned upside-down.”

Since Hurricanes Harvey and Irma, Dick’s has provided nearly 200 youth sports teams in Texas and Florida the necessary funding to continue to play. There is still more than $1 million available via the Sports Matter Hurricane Relief fund, and teams, leagues or school athletic programs impacted by the hurricanes are encouraged to visit sportsmatter.org to apply for assistance.

“We’re so thankful for what Dick’s and The Dick’s Sporting Goods Foundation did for our team,” said Charles Rotramel, CEO of Houston reVision. “These young athletes found hope and brotherhood through this program, and with the support from Dick’s they can continue to play the sport they love.”