At a time when retailers have backed off pre-season orders and are inclined to stay with tried and true product, its hard to imagine how lesser known brands continue to grow.  Yet in a reminder that the economic downturn is not affecting everyone equally, some smaller brands are doing it at a pace that would be stunning even in good times.


Clearly, some of these brands are building off smaller bases or are simply in the right place at the right time. Some are offering low-cost, high-margin product at a time when consumers dont have much money to spend. Others are helping outdoor retailers cash in on a high-end fashion trend. A few even attribute their success to manufacturing in North America, claiming it allows them to replenish as needed and to customize product for untraditional markets.
Among these brand is Canada Goose, which according to independent research, is the fifth fastest growing brand in insulated jackets in the U.S. so far this year. The company has broken out of its beachhead in New York City and added 60 doors in the past 22 months. Fiscal year-to-date sales are up 25% in the U.S. said company CEO Dani Reiss.  While that rate is only a fraction of the 67% growth pace set in the fiscal year ended March 31, the increase is still seen as impressive in the current climate.
Reiss attributes the growth to a methodical leveraging of the brands 50-year heritage and a cross over into the fashion space.  The National Science Foundation issues the companys iconic Expedition parkas  which retail for $457.50 at Paragon Sports Sunday  as standard gear to U.S. researchers stationed in Antarctica. They are also used by the Royal Canadian Mounted Police. That heritage helped Canada Goose break into Europe, where the brand has become something of a fashion item. That, in turn, set the stage in 2006 for a more ambitious assault on the crowded U.S. outerwear market, said Reiss.  Only in the last year have they assembled a U.S rep force.
Reiss credits the growth to two factors, including the authenticity of the brand, which is made exclusively in Canada. “When you buy our product, you are buying real product that is iconic and classic and part of that landscape as opposed to buying something made at one of [a] few limited factories in Asia, where everyone goes to make their stuff and then tells a different marketing story,” he said.
Retailers say the brand fills a gap in the resurgent down outerwear business. “You will see fur with synthetics and fur with fashion, but you wont see fur with down,” said Jeff Snyder, VP of merchandising and planning with backcountry.com, which picked up the brand last winter. Snyder described Canada Goose jackets as “bulletproof,” but noted the heavy jackets with fur trimmed hoods are not designed for aerobic activity. Their growing popularity has more to do with fashion.
At CHAOS Headwear, sales rose 25% in June, 18% in August and September sales exceeded the prior monthly record by 35%.  Sales in October were on track to rise 45% versus 2007, according to U.S. Sales Director Gary Supple.
The company attributes the growth to a diversity of programs including new partnerships, regional program accounts and custom program hat selections. Slowing consumer spending has also tilted in favor of accessory suppliers.
“We are seeing in this looming recession, a behavior that larger accounts are spending more on accessory items and co-brand partnership in a recession,” said Supple. “All this helps the brands make up for the short comings in outerwear and hard goods.”
To sustain growth, CHAOS will expand their presence at the ASR show in San Diego and the Accessory Show in Las Vegas next year.
Another big winner this year has been Product Architects Inc. of Boulder, CO, which makes Polar Bottles  the nations best-selling insulated bottle.  As of Wednesday, year-to-date sales were up 66%, said co-owner Judy Amabile. Even in October, a traditionally slow month for cycling vendors, sales rose 147% as The Sports Authority began deploying a new cardboard POS display system in multiple store locations.
“Every location you are at TSA is like being in another door,” Amabile noted.
The 20-ounce Polar Bottle was the third best-selling water bottle in the third quarter, up from eighth place in the first quarter, according to retail point-of-sale data compiled by SportsScanINFO.
Of course the company, which manufactures exclusively in Colorado, is among the many bottle makers benefiting from a massive shift away from bottled water and polycarbonate containers toward BPA- and Phthalates-free water bottles. Product Architects picked up a big chunk of business in April when Mountain Equipment Co-Op of Canada pulled polycarbonate bottles off its shelf and needed immediate replacements, said Amabile.
The companys custom bottle program, meanwhile, has been a big hit with charities, event planners, schools and businesses looking for a safe, recyclable plastic bottle to sell or give away at fund-raising and promotional events. These sales have doubled this year. By contrast, sales of 24-ounce and 20-ounce bottles to dealers are up 70% and 50%, respectively.
Finally, Product Architects dominates the market for insulated plastic bottles, which is growing in the high-50% range, according to the SportSanINFO data. Until now, it has operated without significant competition  an advantage it will lose next year when CamelBak is expected to enter the market.

But Amabile is hopeful her brands reputation for low pricing, keystone margins and dependable service will mitigate the impact of competition. PA has only raised wholesale prices once in 15 years and can usually fill domestic orders within days.  That has pleased big players like Dicks Sporting Goods and REI.
“Because we are here, we dont have to wait 16 weeks to get our stuff out of Asia and if we see blue is selling better than red we can respond to that,” said Amabile. “We are made in America and I think that is resonating more and more. We actually believe that people assembling our product should be earning a living wage.” 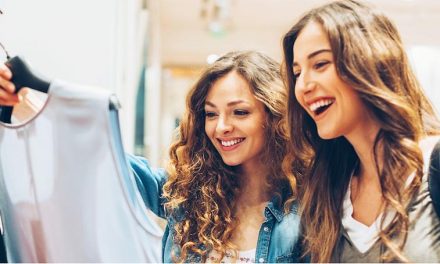