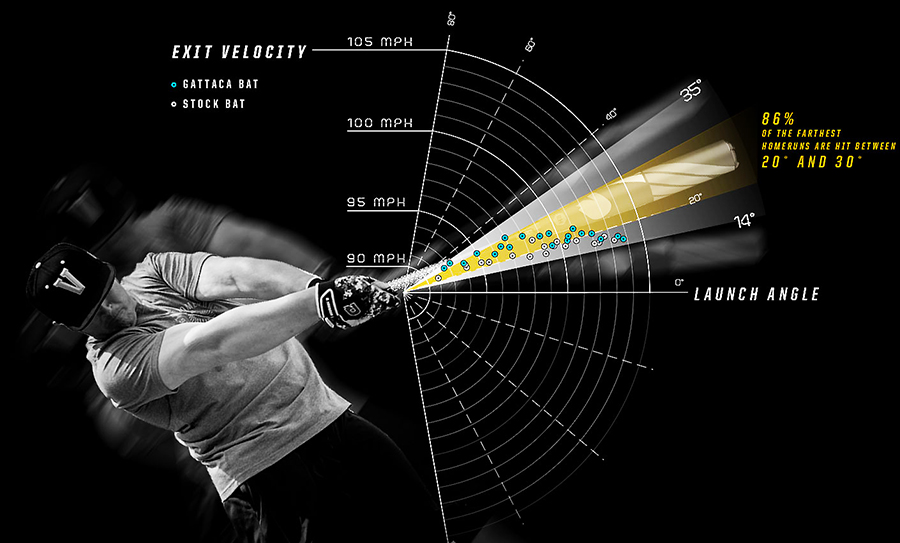 DeMarini bats have been at the forefront of technology and a leading force in the baseball and softball bat industry for 30 years. The brand is insanely committed to performance with a lineup of baseball and fastpitch softball bats that are different from anything on the market.

We sat down with • Josh Stenzler, DeMarini Sports Advanced Innovation Engineer • Ryan Raagas, DeMarini Player Insights Specialist • Aaron Gillette, Associate Marketing Manager, DeMarini, and • Joe Cmelik, Associate Product Line Manager, DeMarini to talk about the new for 2019/20 Gattaca BBCOR bat and where the brand thinks baseball, or any diamond sport, might be heading in the future. 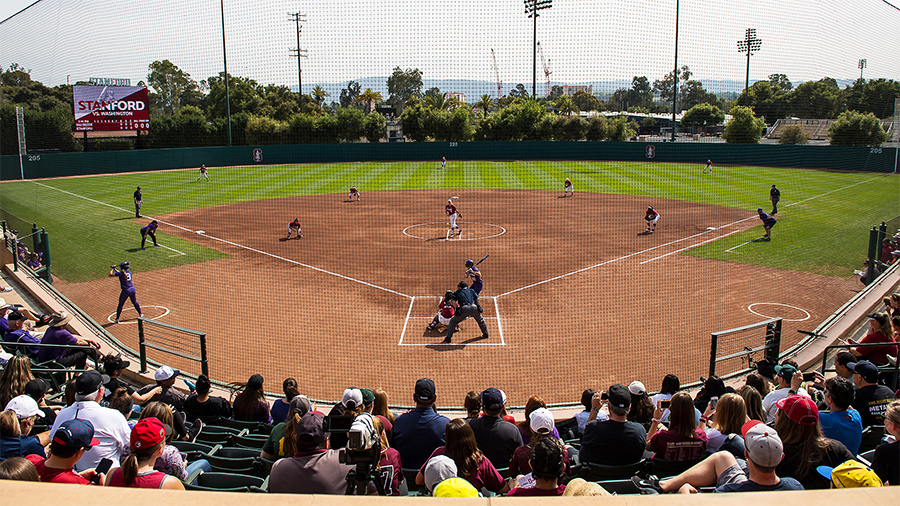 This year DeMarini pushes innovation once again with the limited launch of the Gattaca bat. Where did the design originate? Four years ago, we realized that launch angle, as a concept and a statistic in baseball, was grabbing a foothold with advanced metric people, advanced hitters, and instructors. Also, there were high profile hitters in the major leagues that were big proponents of how launch angle and exit velocity paired well with performance as opposed to traditional ways of teaching hitting.

We started exploring how we could use the data and how we could apply it technologically to a bat to help improve both of those numbers and to give players the performance they want from a bat for extra-base hits and home runs. We set out to make a BBCOR bat that cracked the launch angle code.

What did you find? Through extensive play testing and research, it became clear that distance depends on three key factors — launch angle, spin rate, and exit velocity. We checked our math against the best in the game and found that, over the course of three years, 86-percent of the farthest MLB home runs were hit between a 20- and a 30-degree launch angle.

To help hitters understand how they measure up, we coined the term BOFA, (Batted at Optimal Flight Attributes) and built the Gattaca (-3) BBCOR bat to help players hit balls at optimal flight angle more frequently. The finished product exemplifies that.

Why a grooved barrel? Right and left-handed players approach contact with their bat angled differently. We found that by creating grooves inside the barrel, similar to a golf club, and parallel to the ground, the spin rate of the ball, at contact, increased the most off the bat. What that told us was that we saw the most significant effect on the ball at impact when the grooves were parallel to the ground. It became clear that we needed to have right- and left-handed versions to optimize the launch angle effect. With our SpESys grooved barrel both right- and left-handed players can consistently drive balls at an ideal launch because the launch angle effect is optimized.

How long did it take to you to determine the direction the grooves for a right- and a left-handed player? The first drawing Josh did was five years ago, and the more we talked about, the company got behind us.Groove angles, Groove depths, Number of Grooves — there were many steps along the way. We worked hard on this for past five years, and we’re proud of the bat.

Why would a batter need an Adjustable On Demand Knob (AOD)? That’s another piece of the technology that is unique to the bat. The AOD Knob allows players to adjust the bat at the plate in real time so they can cover more of the plate while maintaining the full power of their swing. The Knob is something that takes a backseat to the barrel technology for obvious reasons, but it is a significant part. The bat is customizable for the player at the time at play. When players have the right bat for them, it also gives them the greatest chance to succeed.

We launched the Knob last year in a fastpitch bat, so it’s not new to the world, but it’s new to the baseball community. We talked with players at the college level on up to the pros for feedback. They liked the idea of the knob even if to get a half-inch less size. If a player is hitting with a 34-inch bat, they can adjust the Knob to make the bat a 33 1/2-inch or a 33-inch bat. We’re interested to see how high-school level and college players receive the bat.

And the end cap lets you see inside the bat. Yes, that’s another unique feature we call the Kryptos End Cap. It offers a direct view into the barrel so you can see the grooves down the sides and how we cracked the code on launch angle optimization. No one has invented an end cap that lets you see into a bat.

Is this the next level in bat design technology? No one specifically asked for this technology, but no one knew how to ask for it either. Conversely, every player who plays the game wants to hit the ball as far as they can. We put the technology into the Gattaca to deliver those results for the player. The needs and wants can change between age groups but at the core of it all, they want to hit the ball as hard and as far as they can.

Is this a bat meant for every level of play? It’s a destination bat for the elite high-level hitters to push the limits of what they are capable of even just a little bit further; however, we want the bat to be something kids know about, understand the story of why it works, and strive to be able to use it to its most effective use when they’re ready.

We offer the bat in only two sizes from both sides of the plate – 33- and 34-inches. The 33-inch is an entirely different bat than the 34-inch from both a profile and handle connection point of view with right- and left-handed bats in both sizes.

With the Gattaca, we are introducing a new tool for all levels of play. The game of baseball has evolved. Players are smarter about their training and improving as a player. And the game is much more specialized and more focused than it ever was in the past. The Gattaca is the ultimate proof of the lengths DeMarini will go to design bats with specific players in mind to maximize their best.

What’s on the horizon for DeMarini? We’re continuing to push the envelope having the best bat innovations in the industry and making the best bats for the broadest range of players. We separate ourselves from other brands that make bats for the masses. Instead, our focus is on making a bat for every type of player and a bat that will help players maximize their performance whatever that performance may be. That has always been our bread-and-butter and why DeMarini is such a great brand and continues to drive the industry forward.

When it comes to marketing, the Gattaca is referred to as a D-Lab Series bat, and the first baseball bat in the series. The design process afforded us the opportunity to test new technologies in the market. It’s not always feasible for us to take something as advanced as what we’re doing with the Gattaca and introduce it into the market in mass because players are not familiar with this level of technology. It will take some time for players to see, appreciate, and understand what’s going on technologically.

Gattaca has been a significant initiative of ours over the last few years as a way to highlight the things that we are working on and to test them out before we roll it out into our everyday lineup. You will see us talking about the bat on our social media channels and in our traditional marketing and email marketing messages, but you won’t find the bat at a retailer. The bat is just going to be on demarini.com for now. If the demand picks up like we hope it will, and you start seeing players swinging the bat at NCAA play, we’ll continue to respond to what people are telling us and broaden distribution.