Deckers Outdoor Corp. reported net sales increased 12.5 percent in the second quarter to $154.2 million from $137.1 million in the year-ago quarter and raised its outlook for the year. But the company reported a loss due to the additional costs associated with the transition to wholesale operations in the U.K. and Benelux, 11 new retail stores, and other infrastructure investments.

Highlights of the quarter included:


“We had a productive second quarter highlighted by year-over-year sales increases in our domestic and international wholesale channels as well as our consumer direct channels,” commented Angel Martinez, President, Chief Executive Officer and Chair of the Board of Directors. “The growth of our domestic business was primarily driven by strong sell through of the UGG brand spring line. We also experienced increased demand for the Teva brand light hiking and multi-sport footwear. Overseas, higher sales of the Teva brand spring collection and an increase in the UGG brand fall product shipments to distributors helped offset the shift of UGG brand revenues that occurred from our conversion to wholesale operations in the United Kingdom, Benelux, and France. While our bottom line declined year over year due primarily to the additional costs associated with the transition to wholesale operations in the U.K. and Benelux, eleven new retail stores, and other infrastructure investments, we were able to leverage our higher than planned sales to generate a net loss that was better than originally expected. As we start the second half of the year, we are excited about the pace of our business and future prospects. We have taken important steps that we believe will broaden the companys growth opportunities and expand our earnings potential, including diversifying our merchandise offering, reassuming distribution rights in key geographic regions, accelerating our retail store openings, and acquiring the authentic, innovative Sanuk® brand. We have also strengthened our eCommerce operating platform and believe we have the right pieces in place to successfully execute our strategic plan and achieve our near and long-term objectives.”
Division Summary

UGG Brand
UGG brand net sales for the second quarter increased 8.0 percent to $108.3 million compared to $100.2 million for the same period last year. The sales gain was primarily attributable to an increase in sales of the spring line at company-owned retail stores, higher domestic spring wholesale sales, and an increase in global shipments of fall product to international distributors in regions where we continue with the distributor model. This increase was partially offset by a decrease in fall product distributor sales in the United Kingdom and Benelux, which will shift into the third quarter as the result of the conversion to wholesale operations in certain European markets.

Teva Brand
Teva brand net sales increased 29.1 percent to $40.3 million for the second quarter compared to $31.2 million for the same period last year. The sales improvement was driven by an increase in global shipments of spring product, including higher sales of closed toe footwear, partially offset by lower reorders of sandals in the United States. The second quarter of 2011 also benefited from the conversion to a wholesale business model in the United Kingdom.

Retail Stores
Sales for the retail store business, which are included in the brand sales numbers above, increased 102.2 percent to $20.1 million for the second quarter compared to $10.0 million for the same period last year, driven by eleven new stores and a same store sales increase of 23.6 percent for those stores that were open for the full three-month periods ended June 30, 2010 and 2011.

eCommerce
Sales for the eCommerce business, which are included in the brand sales numbers above, increased 10.3 percent to $5.7 million for the second quarter compared to $5.2 million for the same period last year. This increase was primarily attributable to higher demand for the UGG brand driven by new product introductions and enhanced marketing efforts combined with the launch of the UGG brands United Kingdom website.

Full-Year 2011 Outlook
Based on better than expected second quarter results and an improved outlook, the company is raising its full-year outlook. This guidance includes the impact of the Sanuk brand which was acquired on July 1, 2011.

Fiscal 2011 guidance includes estimates of approximately $34.5 million, or 60 cents per diluted share, pertaining to incremental investments and expenses in 2011 associated with new marketing and advertising programs, increased legal spend related to intellectual property rights protection, expenses related to the transition to a wholesale business model in Europe, and due diligence, audit, and transaction fees associated with the acquisition of the Sanuk brand. 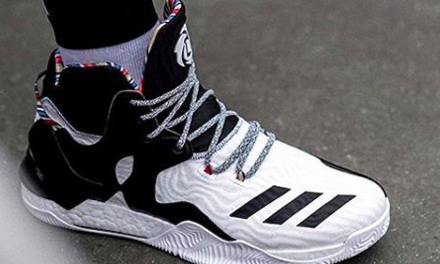