On a conference call with analysts, Dave Powers, CEO, said that beyond exceeding the $2 billion milestone, the company drove operating margin well beyond its prior target of 13 percent in fiscal 2019 and returns on invested capital above the benchmark 20 percent.

“With the strides that the organization has made, especially in terms of earnings performance and cash generation, we believe that we are now positioned better than ever to invest in our brands and channels within key areas of opportunities for future growth,” said Powers. “As a reminder, the areas of focus that we have identified include, investments in marketing to build awareness and adoption of the Hoke One One brand and growing the Ugg Men’s and Ugg Women’s non-core category, as well as investment in technology to enhance e-commerce capabilities to evolve how we engage and grow with our consumers, and talent tools and analytic capabilities that will allow us to maximize the above opportunity.”

In the fourth quarter ended March 31, net earnings climbed 16.3 percent to $24.0 million, or 82 cents a share, from $20.6 million, or 66 cents, for the same period last year. Both periods were impacted by non-recurring organizational charges. The year-ago period includes non-recurring expenses related to U.S. tax reform.

The 75-cents beat to the high end of guidance resulted from approximately 25 cents from better than–expected margins, 20 cents due to the early shipment of spring wholesale order, 20 cents from additional expense savings in the quarter primarily related to its retail operations and unfilled headcount vacancies. and 10 cents from higher-than-expected sales driven by domestic e-commerce in the Ugg brand.

Gross margin improved 360 basis points to 51.6 percent due to continued improvement from supply chain efficiencies, better full-price selling as Ugg exited the holiday quarter with low levels of seasonal inventory in the marketplace, and higher margins on closeout sales due to tighter inventory management. These gains offset the adverse timing of e-commerce revenue recognition that benefited Q319 and foreign currency headwinds.

In the Fashion Lifestyle Group, Ugg, by far its largest brand, saw sales decrease 7.2 percent to $239.0 million in the quarter. The decline was largely due to store closures and international softness, partially offset by strength in domestic wholesale. The fourth quarter result was higher than guidance primarily related to earlier shipments of spring product moving out of Q120 into Q419.

Sales for Ugg in the year advanced 1.7 percent to $1.53 billion, driven by domestic wholesale and e-commerce.

Ugg found success during the year reaching younger consumers with strong growth from the Fluff Yeah collection and expansion of Tasman. Continued demand for the Classic Mini and Mini Bailey Bow and accelerated growth of the Enamel franchise, including incremental purchases from both male and female consumers, was also seen.

Powers said Ugg’s marketplace allocation and segmentation efforts had been successful in the U.S. and the strategy will be implemented across Europe in the coming year. Increases in the year of over 25 percent were seen in women’s shoe and sandals categories with the gains reflecting growth i the brand’s spring-summer product offering.

“Equally important UGG brand interest in the US is on the rise,” said Powers. “According to Google trends interesting in UGG over the past year grew by 7 percent. During the fiscal year, UGG acquired nearly 1.5 million new customers and to own DTC channel, which we believe is the result of delivering compelling products and marketing that resonate with the more diverse consumer base. These trends are representative why we believe in dedicating investment to target customer acquisition and engagement through digital marketing.”

Koolaburra, a brand similar to Ugg sold in mid-tier channels, expanded 67 percent to $3.6 million in the quarter and more than doubled its revenue in the year to $44 million. Said Powers, “Kookaburra continues to gain market share that is incremental to Ugg’s business. And has already shown the ability to drive profit to our bottom line.”

Powers said Hoka’s core styles – Bondi, Clifton, Arahi and Gaviota – “continued to deliver significant growth” in the quarter while efforts to diversify into new categories are paying off. The Sky, launched in March to mark its entry into hiking, received positive feedback from both wholesale accounts and consumers. Said Powers, “The Sky collection is yet another example of how the brand is expanding its category reach, while staying firmly focused on a commitment to delivering authentic performance footwear in the marketplace. With the continued expansion of category offering the seasonality of the Hoka brand is beginning to smooth out throughout the year, as the team is strategically planning the timing of product launches.”

Another promising launch is the Carbon X, introduced worldwide on May 15 and including a carbon fiber plate to help runners accelerate and propel forward combined with PROFLY X, Hoka’s newest and most resilient foam. Hoka athlete, Jim Walmsley, earlier this month became the world record-holder for the 50-mile distance wearing the Carbon X.

In the U.S., Hoka’s wholesale business was up 30 percent on the year and Hoka is now a top-3 brand in multiple specialty running accounts. Said Powers, “We remain focused on growing our domestic wholesale presence through high touch premium specialty retailers. The Hoka team is gaining market share within existing distribution through strategic category expansion.”

On the international front, Hoka’s sales catapulted 59 percent for the year, with the largest share coming from Europe. Said Powers, “As we noted in the past, Europe remains the largest near-term opportunity for growth. While at the same time, the APAC region is beginning to show adoption. As we work to grow internationally, we are concentrating on building awareness with consumers through authentic performance aligned with our domestic marketplace strategy.”

Regarding Teva and Sanuk, Powers said he was “pleased with the team’s dedication to driving profit through Deckers bottom line. Both brands experienced an increase in gross margin and contribution margin for the second consecutive year.”

Teva sales slid 3.8 percent to $52.9 million in the quarter but gained 2.9 percent to $137.4 million, a record high, in the year. Growth in the year was driven by a “considerable increase” in Japan and was boosted by the success of premium fashion collaborations. Teva’s operating profit dollar contribution was highest on record, increasing over 30 percent versus the previous year. On the product side, Teva recently celebrated its Born in the Canyon launch to commemorate the Grand Canyon’s 100th year of the National Park and Teva’s 35th anniversary.

Powers said Sanuk’s decline in the year was driven by a high single-digit decline in U.S. wholesale. From a product perspective, revenue was hurt by softness of the Yoga Sling franchise. Said Powers, “Over the last year, the brand has been working to diversify its product offering by introducing Chill products, which represents boot and slipper silhouette. Early reads of Chill products have been strong and attracting new consumers to the brand as 75 percent of online purchasers had previously not owned Sanuk.”

Regarding exposure to potential tariffs, Steven Fasching, CFO, said the company has less than 20 percent of its global total supply subject to tariffs. Efforts will continue to be made to mitigate risks that may include adjusting shipment timing. The CFO said, “Our teams will continue to track update and we’ll make decisions, bearing in mind the best interests of all of our stakeholders.” 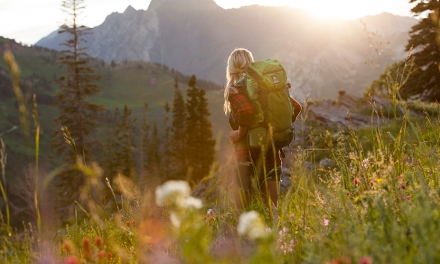