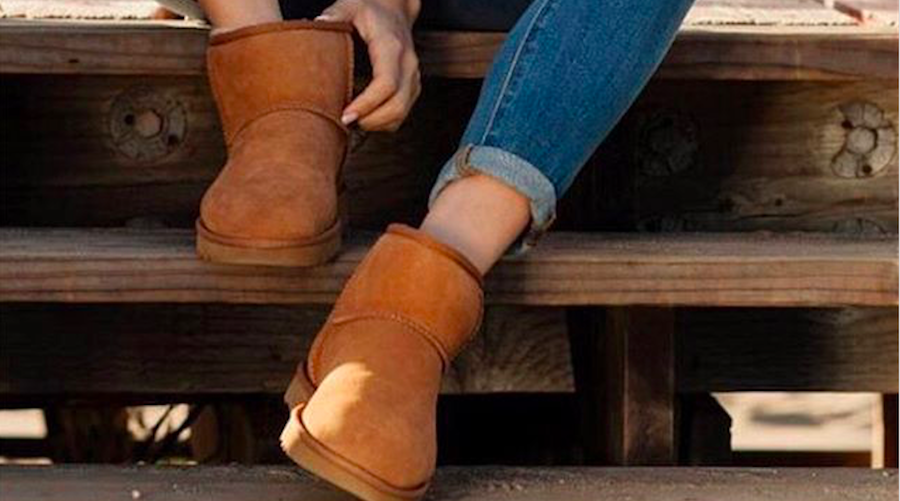 Deckers Brands confirmed that affiliates of Marcato Capital Management have nominated 10 director candidates to stand for election to the Board of Directors at Deckers’ 2017 Annual Meeting of Stockholders.

The meeting is currently scheduled to be held on December 14, 2017.

Deckers statement came after a press release from Marcato  indicated they had indicated that it has nominated ten directors and had also sent another letter to the Board highlighting Deckers’ ongoing underperformance and failure to take corrective actions to improve profitability and shareholder value.

In June, Marcato Capital, which owns approximately 6.0 percent of Deckers’ shares, said that if an ongoing review by Deckers’ strategic review process did not culminate in a sale of the company, Marcato would nominate a slate of director candidates to replace the entire Board.

In its statement, Deckers said the Board of Directors will carefully review and consider Marcato’s candidates as it would any other potential directors to assess their ability to add value on the Board for the benefit of all stockholders.

“Deckers welcomes open communications with its stockholders and values constructive input toward the shared goal of enhancing stockholder value. Although we engage regularly with our stockholders, it is Deckers’ policy not to comment on discussions with individual stockholders. However, it is important to note that members of the Board and senior management team have held a number of discussions with Marcato during the past 8 months and those discussions remain ongoing. Deckers has a strong and independent Board, with 3 new directors who have joined since 2014. The Board believes that it has an appropriate mix of skills, experience and leadership to drive performance and provide effective oversight. At the same time, the Board will give full and fair consideration to the nominees proposed by Marcato.

“As previously announced on April 25, 2017, the Board is reviewing a broad range of strategic alternatives to enhance stockholder value. The Board has retained Moelis & Company LLC as its financial advisor and Wilson Sonsini Goodrich & Rosati, Professional Corporation as its legal counsel in connection with the review process. While the Board conducts its review, the entire Deckers team remains committed to improving operations and profitability.

“As previously announced, Deckers is executing on a focused strategy to drive improvements in the business through streamlining its cost structure. Deckers continues to aggressively move forward with its $100 million operating profit improvement plan: in fiscal year 2018, Deckers expects to achieve net savings in excess of $30 million, and is targeting a similar cadence of savings each year through fiscal year 2020. To achieve this, Deckers is taking a number of actions to improve its gross profit margins, as well as its corporate overhead expense structure.”

Deckers’ portfolio of brands includes Ugg, Koolaburra, Hoka One One, Teva and Sanuk.

In a separate statement,  Mick McGuire, managing partner of Marcato, said: “Deckers has enjoyed a strong, profitable brand with UGG for many years, yet has failed to translate this enviable position into growth in earnings and shareholder value. Given the company’s significant underperformance compared to peers, coupled with the Board’s failure to take the necessary corrective strategic action, we believe change is required. On numerous occasions we have sought to engage constructively with the Board to add new directors and develop a strategy focused on profitable growth while improving margins and returns on invested capital. Unfortunately, our efforts to work collaboratively to enhance shareholder value have been met with significant resistance.

“While we appreciate that the Company is undergoing a strategic review and we are eagerly awaiting the results of that process, we continue to believe that Deckers lacks proper oversight. Should the Company’s process not culminate in a desirable outcome, we believe the entire Board must be replaced. Accordingly, today we are nominating ten highly qualified director candidates who bring the fresh perspectives and relevant retail, apparel and capital markets experience necessary to implement a strategic plan that will generate meaningful shareholder value.”

Deborah M. Derby
Deborah M. Derby has served as President of the Horizon Group USA since April 2016. Prior to joining Horizon, Ms. Derby held a number of positions of increasing responsibility for 14 years at Toys “R” Us beginning in 2000. Ms. Derby served as Vice Chairman, Executive Vice President of Toys “R” Us from 2013 to 2015. From 2000 to 2012 Ms. Derby held other various positions at Toys “R” Us including Chief Administrative Officer and President of Babies “R” Us. While at Toys “R” Us, Ms. Derby worked in partnership with other members of the Executive Committee to deliver $400m of expense reductions as part of the company’s “Fit for Growth” initiative. Ms. Derby also consulted for Kenneth Cole Productions, Inc. from 2012 to 2013 and currently serves on the Board of Directors of the Vitamin Shoppe, Inc.

Matthew P. Hepler
Matthew P. Hepler is currently a Partner at Marcato Capital Management LP. Prior to joining Marcato, Mr. Hepler was a partner at Red Mountain Capital Partners LLC, an investment firm, from March 2015 to December 2015 and was a Managing Director at Relational Investors LLC from 2008 until 2016 where Mr. Hepler led the firm’s research team focusing on the industrials and materials sector. Mr. Hepler has served on the board of directors of Terex Corporation since February 2017. Prior to joining Relational Investors in 2008, Mr. Hepler spent six years as a Vice President in the investment banking division of Credit Suisse. Mr. Hepler began his career as an analyst in the technology group at Robertson Stephens.

Jan R. Kniffen
Jan R. Kniffen has served as Chief Executive Officer of J. Rogers Kniffen Worldwide Enterprises LLC (“JRKWWE”) since he founded the company in 2005. JRKWWE provides equity research and financial and management consulting services relating to companies in the retail sector. Prior to founding JRKWWE, Mr. Kniffen spent 20 years as a senior executive at The May Department Stores Company. Prior to that, Mr. Kniffen held various roles at ACF Industries, Inc./Icahn and Co., including Director of Corporate Finance and Assistant Treasurer.

Nathaniel J. Lipman
Nathaniel J. Lipman was the President and Chief Executive Officer of Affinion from October 2005 until 2012, following which he was named Executive Chairman of Affinion from September 2012 until his retirement in November 2015. Mr. Lipman served as a director of Affinion from October 2005 until November 2015. Prior to joining Affinion, Mr. Lipman served in various senior roles at Cendant Corporation, Planet Hollywood, House of Blues Entertainment, and The Walt Disney Company.

Michael W. Rayden
Michael W. Rayden served as President, Chief Executive Officer and Chairman of the Board of Directors of Justice, Tween Brands (currently a subsidiary of Ascena Retail Group) from 1996 until his retirement in January 2015. In 2009 the company was acquired by Dress Barn, now Ascena. Prior to joining Tween, Mr. Rayden served as Chief Executive Officer of Pacific Sunwear and also held chief executive positions at The Stride Rite Corporation and Eddie Bauer. Currently, Mr. Rayden serves as a director of Perry Ellis and previously served as a director at David’s Bridal, Dress Barn, Pacific Sunwear, Strottman International, The Stride Rite Corporation, Ascena and Tween.

Anne Waterman
Anne Waterman spent 15 years at Michael Kors where she served in various senior positions responsible for public relations, communications, media and marketing, including Senior Vice President, Global Image. Prior to that, she worked in the Public Relations department at Gucci, and managed sponsorship and fundraising activities for the Council of Fashion Designers of America (“CFDA”) as part of the team that created 7th on Sixth. Ms. Waterman is currently an independent consultant advising brands on strategy, creative and product development.

Marcato’s letter to Deckers’ Board follows:

Dear Members of the Board of Directors,

Marcato Capital Management LP (“Marcato”, “we” or “us”) beneficially owns 6.1% of the outstanding shares of Deckers Outdoor Corporation (“Deckers” or the “Company”). For several years, while Deckers has enjoyed a strong, profitable brand with UGG, the Company has failed to translate this brand strength into growth in earnings and shareholder value. Throughout this period, recommendations made by numerous shareholders to take corrective strategic action to improve profitability and shareholder value have been consistently ignored. In recent months, we have repeatedly attempted to explore a settlement process that would involve adding a number of new, highly qualified directors to the Board and adopting an accretive strategic plan for shareholders focused on profitable growth, improved margins and enhanced returns on invested capital. These efforts have also been dismissed without response or discussion.

Deckers has meaningfully underperformed its proxy peers during the holding period of most current institutional shareholders. From January 1, 20111 through intraday February 8, 20172 (the moment before Marcato’s 13D filing), the Company had a total shareholder return of negative 44%. This figure is particularly striking given that the S&P 500 Apparel, Accessories & Luxury index was flat and an index of Deckers’ current proxy peers3 returned 58% during the same period. The 19%4 increase in Deckers’ share price following our intraday 13D filing is clear evidence that shareholders support change.

A review of Deckers’ operating history underscores that this underperformance is not the result of one-off events beyond the Company’s control, but instead is attributable to years of strategic, operational, and capital allocation missteps. As a result, Deckers’ return on invested capital declined from 26% in 2011 to 12% in 20165, while operating margins declined from 21% to 9%. During this same time period, SG&A has skyrocketed from 29% of revenue to 37%. As a reflection of reduced investor confidence in the Company, Deckers’ average EV/NTM EBITDA6 multiple has declined from ~10x in 2011 to below 6x at the time of Marcato’s 13D filing.

We believe that the Board bears ultimate responsibility for this long-running neglect for shareholder value. While we recognize the Company is exploring a sale, should this process fail to achieve an attractive outcome for shareholders, we believe significant Board change is necessary. Accordingly, we are nominating a group of highly qualified directors who we believe will bring the fresh perspectives and direct experience needed to establish a strategic plan that creates long-term value for shareholders. We look forward to discussing these topics with the Company and other shareholders prior to the Company’s annual meeting on December 14th.