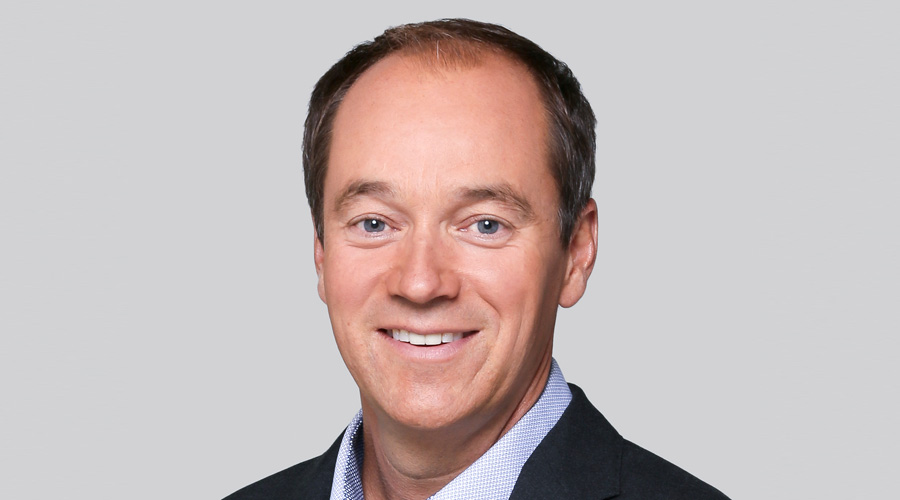 The bigger news was that Angel Martinez, the company’s CEO since 2005, plans to retire, effective May 31.

Martinez, who will continue to serve as chairman, will be replaced by Dave Powers, a former executive at Nike, Timberland and Gap who has been instrumental to helping Deckers set up an increasingly digitally-driven retail experience. He joined Deckers in June 2012 as president of direct-to-consumer before being elevated to president of omni-channel where he managed the global retail and e-commerce operations as well as Deckers’ international wholesale and distributor businesses. He was promoted to president in March 2015.

“We believe our brands are well positioned to grow, with innovative products in the pipeline, strategic distribution opportunities, and new leadership in place,” Powers said on a conference call with analysts.

The change comes as Deckers reported loss of $23.7 million, or 73 cents a share, in its fourth quarter ended March 31 after absorbing $24.7 million in restructuring charges related to retail store closures, office consolidations and software impairments, and as well as charges totaling $8.9 million from inventory write-downs, asset impairment charges and compensation related expenses.

With those efforts, Deckers targeted $35 million in annualized savings while also realigning its distribution strategies as well as its brand segments across two groups, Fashion Lifestyle and Performance Lifestyle.

The company also last week gave a conservative outlook for the current year, including a steep drop in sales and loss in the current quarter, as it works its way through many of these initiatives and starts testing new avenues for growth, including broadly expanding Ugg’s offerings and extending the iconic brand to non-core channels.

Excluding non-recurring items, earnings would have improved to $3.6 million, or 11 cents a share, from $1.4 million, or 4 cents, topping the Street’s consensus estimate of 6 cents.

On an adjusted basis, the bottom line was helped by a reduction in SG&A expenses to 40.8 percent of sales compared to 44.5 percent for the same period last year. Adjusted gross margins eroded to 42.3 percent from 44.7 percent due to a higher proportion of closeouts, promotions and foreign exchange headwinds from the strengthening U.S. dollar.

In its Fashion Lifestyle segment, Ugg’s sales for the quarter increased 13.3 percent to $245.6 million and grew 15.2 percent on a currency-neutral basis. The increase in sales was driven by an increase in global wholesale sales and direct-to-consumer sales.

“The arrival of cold weather in January helped drive sales of our fall and winter product,” Powers said on a conference call with analysts. “As the season transitioned to spring, we experienced strong sales in our casual shoes and sneakers across all channels.”

Powers also noted that the use of Treadlite outsole technology is “proving to be a differentiator for the brand, and we have already received a favorable response from wholesalers to our spring 2017 offering.”

For the quarter, unit sales for Ugg increased mid-teens, with non-core units up more than 20 percent. Added Powers, “This demonstrates once again demand for Ugg remains strong, and that more than ever, consumers are turning to the brand for its full product assortment.”

For 2017, a major focus will be the relaunch of the Ugg Classics franchise, including an extension into Classic Slim, Luxe and street styles to help reach a broader range of consumers through a variety of price points and silhouettes. Beyond the Classics franchise, women’s casuals, fashion and weather categories, along with men’s, kids and lifestyle will be a focus. Women’s rain boots will see a much larger collection to build on its successful launch last fall.

Deckers will also conduct a small launch at major accounts of Koolaburra this fall to aim at the sub-$100 sheepskin boot market.

“Our market research indicates that the sub-$100 sheepskin market represents a significant global opportunity,” said Powers. “We are viewing this year as a way to assess the market opportunity and gauge consumer reception to the brand.”

In the Performance Lifestyle Group, Hoka One One’s sales climbed 44 percent on a currency-neutral basis in the quarter, ending its last fiscal year with 65 percent growth. Powers said Hoka is seeing a strong response to the Clayton, a light-weight trainer designed for longer, faster running and racing. Added Powers, “Sales of the women’s Clayton have been strong, which is a great sign as we look to further balance the brand by gender.”

Powers also noted that at this year’s Ironman in California and Texas, Hoka was the most-worn shoe brand, ahead of Asics, Brooks and Saucony. Finally, Hoka was recently named the official shoe sponsor of the Ironman US Series. Said Powers, “As you can see, we’re focused on building the brand’s awareness, and see excellent short- and long-term opportunities.”

Teva’s net sales for the quarter increased 11.3 percent to $59.1 million on both a reported and constant currency basis. The increase in sales was driven by an increase in global wholesale sales.

Powers said Teva “continues to have success appealing to a more modern millennial consumer, with its sports sandals and closed-toe footwear.” The brand is also expanding its international presence, particularly in Asia-Pacific, with strong growth in Japan and South Korea. This spring, Teva launched a new series of performance-oriented sport sandals called Terra-Float. Powers noted, “Sell-through has been strong, indicating that Teva has a new franchise to get behind in spring 2017.”

Sanuk’s sales decreased 1.9 percent to $38.5 million on both a reported and constant currency basis due to lower domestic wholesale sales.

As part of the restructuring initiatives announced in February, Deckers identified 24 Ugg stores for closure this year. With retail remaining “an important element of our omni-channel strategy,” Ugg will still open 15 new locations this year, officials said.

Wholesale and distributor sales for the quarter expanded 13.4 percent to $232.7 million and grew 14.2 percent on a currency-neutral basis. The gains were due to an increase in both closeouts and regular price sales for Ugg, expanded distribution with Hoka and Teva, as well as a brand-wide shift in orders.

As part of its wholesale rationalization announced in February, Ugg has selectively exited approximately 200 accounts and implemented minimum order quantities to improve its product assortment at small independents. Said Powers, “The goal of rationalizing our wholesale accounts is to make sure the breadth and presentation of the Ugg product line is being properly represented, and to adjust our distribution strategy to be in tune with the ongoing changes in consumer shopping patterns.”

The Ugg brand simultaneously introduced a new wholesale product segmentation strategy to classify accounts into pinnacle, premium and core doors across the fashion, lifestyle, sport and outdoor channels. The move is being used to identify “white space for channel-specific product” to reach under-penetrated channels and expand space in existing accounts. Said Powers, “While still early, segmentation is creating new distribution opportunities for fall 2016.”

Ugg’s wholesale backlog orders were down 4 percent as of March 31, but Ugg’s wholesale backlog was still higher than the company average. Tom George, CFO, said the decline in part reflected efforts to rationalize its wholesale account base while adding, “as many in the industry have pointed out, wholesalers are being more cautious with their order books and are looking to place more at-once business.”

Making up by far the majority of sales, Ugg received all the attention in the Q&A session with analysts’ focusing particularly on its intention to expand Ugg and Koolaburra to non-core channels such as Macy’s, Kohl’s and Amazon. While moving to more mass selling offers sizeable growth potential, analysts are concerned over whether such expansion may tarnish Ugg’s appeal.

Koolaburra will launch at Kohl’s with a test of a few hundred doors with customers “looking for our type of product,” said Powers. The brand will also launch at “a couple other major-box retailers that aren’t finalized yet” and also sell on Amazon.

At Macy’s, the major focus will be the opening of an Ugg concession next to Louis Vuitton at the Herald Square flagship this fall. A test of a premium presentation of some other Macy’s flagships as well as a test in 20 to 30 doors in malls where Ugg doesn’t have distribution is also in the works. Said Powers, “It’s focused on controlling prices in that channel, and we think it’s going to be additive to our base over time.”

Ugg is in “early days of discussion” with Amazon. Powers said with nearly half of all searches online starting at Amazon, it’s become more important to partner with Amazon to win online. Added Powers, “As we look at the realities in the marketplace and how things are shifting and where the consumers are shopping, I believe it’s in our best interest to partner closely with them and control our destiny.”

For its first quarter ended June 30, sales are expected to be down 20 to 25 percent. Deckers expects a loss ranging between $2.10 and $2.20 in the period compared to a loss of $1.43 for the same period last year. The decline in sales is primarily due to the timing of order shipments between quarters. The company typically shows a loss in the summer quarter with the majority of earnings coming in the third and fourth quarters.