As ambassadors, the trio will actively promote Dick's Sporting Goods National Runners' Month activities during May and work to help rally the country to get out for a run. Karnazes, Goucher and Hall will also engage their social media following with exclusive offers for their fans and make an appearance on behalf of the program through out the country.

Karnazes, known by most as the “Ultramarathon Man” and a program ambassador last year, is currently involved in one of the most epic running endeavors of all time. Karnazes is participating in LIVE! with Regis and Kelly's “Run Across America” where he is in the midst of trekking over 3,000 miles from California to New York. Among his other many accomplishments, Karnazes was named one of the “Top 100 Most Influential People in the World” by TIME magazine after running 50 marathons, in all 50 states, in 50 days in 2006. The New York Times best-selling author just released his third book, Run! 26.2 Stories of Blisters & Bliss, on March 1st. The three-time Competitor Magazine “Endurance Athlete of the Year” award winner captures running audiences with his inspiration tales of extreme running adventures and marathons.

“I'm excited to be a part of Dick's Sporting Goods National Runners' Month for the second consecutive year,” said Karnazes. “Running is such an integral part of my life and I hope to continue to inspire the nation to live an active and healthy lifestyle.”

One of America's most successful female runners, Goucher participates in international competitive running events, marathons and half-marathons. After a successful career at the University of Colorado, Goucher made history in 2007 at the International Association of Athletics Federations (IAAF) World Outdoor Championships by winning the USA's first ever medal in the women's 10,000 meters. Goucher finished third in the Boston Marathon and was a 2008 Olympian at 5,000 and 10,000 meters. In 2010, Goucher took time off to have her first child and returned to competition only four short months after giving birth.

“Spring time is always a perfect opportunity to get back into prime running form,” added Goucher. “I'm thrilled to serve as an ambassador to Dick's Sporting Goods National Runners' Month with Dean and Ryan as I know they share my passion for promoting all the great benefits that running provides.”

The United States half marathon record holder, Hall, is one of the best-known elite athletes in the sport. A prominent long distance runner, Hall won the marathon at the 2007 United States Olympic Trials and placed tenth in the Olympic marathon in Beijing. Hall released his first book, Running With Joy, in December 2010, which chronicles his experiences in training and spiritual growth leading up to the 2010 Boston Marathon.

“The benefits of running are endless and Dick's Sporting Goods National Runners' Month offers a great platform to showcase this,” said Hall. “Being associated with such a great initiative and having the chance to motivate runners of all skill levels is something I am always eager to do.”

In addition to this team of ambassadors, Dick's Sporting Goods National Runners' Month will encompass the sponsorship of ten major races across the country, web and social media activations, store promotions, a charity beneficiary and other activities geared towards highlighting the running community nationally. 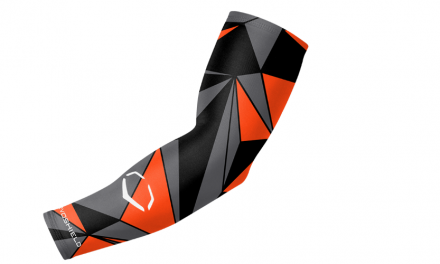