Steven C. Davis, a former executive of Just for Feet, Inc., was sentenced Tuesday to 2 months home detention, 24 months probation and ordered to pay a fine of $5,000.00 in the ongoing Just for Feet fraud investigation. On April 22, 2004 Davis had entered a guilty plea to one count of making false statements. He could have received up to five years in prison and a fine of $250,000.

Davis, 33, had been director of advertising for Just For Feet, Inc. In January 2003, he gave false statements to the Federal Bureau of Investigation agents who were investigating allegations of fraud at JFF. He was most recently SVP of Marketing for GSI Commerce. The GSIC board announced his resignation in early February.

The criminal information charged that Davis told the agents that he was not familiar with high production charges on certain invoices prepared by Rogers Advertising and that he was unable to get accurate and complete answers regarding the high advertising production costs from certain JFF officers and the President of Rogers Advertising. The prosecution charged that Davis actively participated in and discussed the fictitious production charges with other JFF officers, employees, and the president of Rogers Advertising. As a result of the scheme, known as the “Rogers Rebate”, the company's income was overstated by $3 million for fiscal year 1997, and overstated by $5.3 million for fiscal year 1998.

Don Ruttenberg, JFF's former EVP and son of the company's founder, was also scheduled for sentencing on Tuesday. Ruttenberg's sentenced was postponed and the U.S. Attorney's office told SEW that it had not been rescheduled at this time. 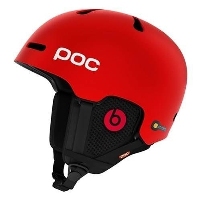