Management viewpoint: The $12 million net loss for the year ended April 30, 2003 includes $6.5 million pretax profit from our wholesale* business. It also includes $8.2 million pretax restatement expenses, which in turn includes the recently announced $4 million charge for the settlement of shareholder lawsuits. The $12 million net loss also includes previously-announced restructuring expenses and the costs of our discontinued retail stores. A full reconciliation of these numbers to the Generally Accepted Accounting Principles presentation is shown in Table B attached.

The $6.5 million pretax profit from the remaining wholesale business for FY 2003 compares favorably to a $1.9 million pretax loss in FY 2002, primarily as a result of a $10 million reduction in our selling, general and administrative costs. During FY 2003, the company realized the positive impact on operating expenses of restructuring actions taken in late FY 2002 and early FY 2003. In addition, selling costs were lower as a result of lower sales.

Management viewpoint: The decrease of $29.4 million in net sales is accompanied by an increase in gross margin percent, so that gross margin dollars remained flat from FY 2002 to FY 2003. This reflects management’s emphasis on profitability. Of the decrease in sales, approximately $9.5 million is due to the discontinuance of some of our business lines; the remaining decrease occurred in our wholesale businesses, as shown in Table C. This decrease in sales reflects fewer liquidation sales, weak golf industry conditions, general retail softness, and some customer uncertainty about Cutter & Buck during this period.

“We are proud of the work of all our employees, and of our success in producing profits in our wholesale business,” said Fran Conley, Chief Executive Officer. “Throughout the company, people have worked to improve margins, control costs, and become more efficient, and the results are showing.”

In addition to improving operating results, the company has met some significant challenges: 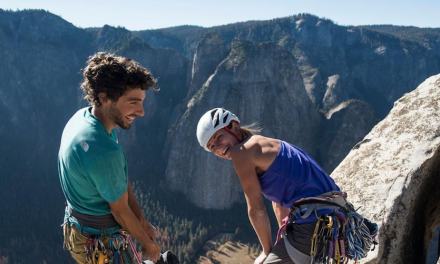