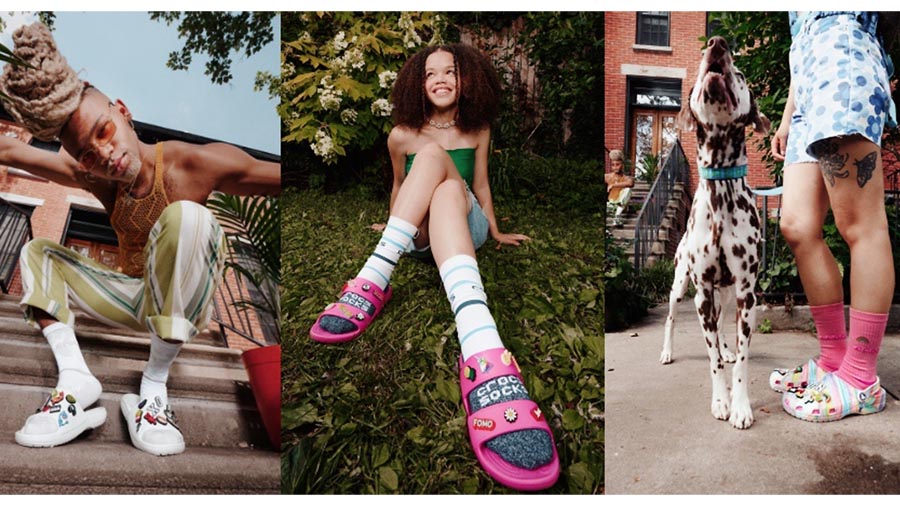 Crocs Inc. unveiled a five-year growth framework aimed at achieving $5 billion in revenues by 2026, more than triple revenues of $1.4 billion in 2020.

The growth target represents a compound annual growth rate in excess of 17 percent using the midpoint of the company’s 2021 guidance as the base year. On its second-quarter conference call, Crocs upward revised its guidance for the current year and now expects growth to be between 60 percent and 65 percent.

With digital remaining a top priority, Crocs said it expects at least 50 percent of total revenues to come from digital channels by the end of 2026.

Crocs also said as it grows revenue, it expects to deliver high levels of profitability and cash flow. By 2026, non-GAAP operating margins are expected to exceed 26 percent and annual free cash flow to surpass $1 billion. In 2020, the adjusted operating margin grew from 11.6 percent to 18.9 percent and cash provided by operating activities reached $266.9 million.

“We are incredibly proud of the track record of growth and shareholder value creation since we first embarked on the turnaround of the Crocs brand in 2014,” said Andrew Rees, CEO. “Looking forward, we expect the Crocs brand to grow to over $5 billion in sales by 2026. We are confident in our ability to deliver this growth while maintaining industry-leading profitability, creating significant shareholder value and having a positive impact on our planet and our communities.”

“While COVID-19 and its impact on our manufacturing in Vietnam remain fluid, we are reiterating our full-year 2021 guidance provided in July, and we are confident in our ability to achieve a 17 percent compound annual growth rate delivering over $5 billion of revenue by 2026,” said Anne Mehlman, CFO, Crocs.

Earlier this month, Crocs’ Board of Directors approved an increase to repurchase authorization for $1.05 billion to remain available for future common stock repurchases after the announced ASR is completed.

Introduction Of New Bio-Based Croslite Material
Crocs also announced that as part of its commitment to achieving net-zero by 2030, it has started to introduce a new bio-based Croslite material into its iconic product lines. The company has targeted a 50 percent reduction in its carbon footprint per pair of Crocs shoes by 2030 as part of its overall commitment to becoming a net-zero brand.

Crocs is also exploring sustainable alternatives for other elements of its packaging and is working to give Crocs shoes a second life through consumer-led donations, recycling and re-commerce programs.