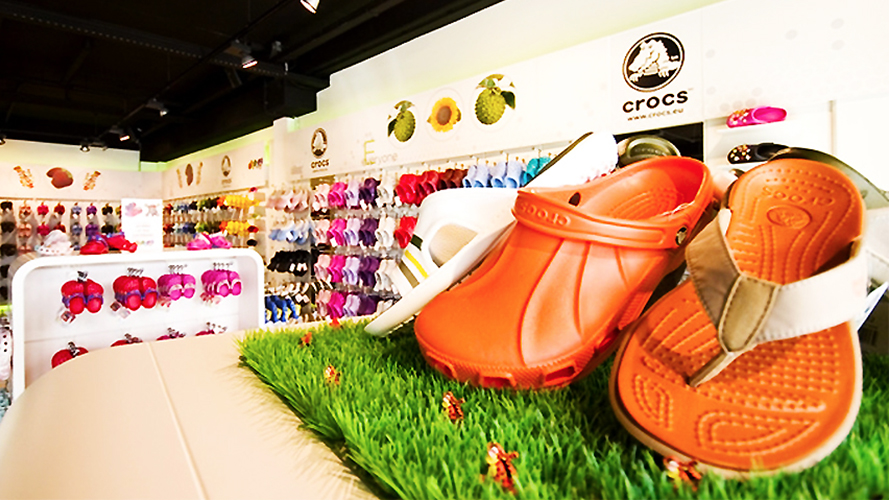 Crocs Inc. sales slid 7.6 percent in the third quarter as a 67.7 percent jump in online sales was unable to offer declines at wholesale and physical retail. Profits improved sharply due to higher gross margins and expense controls.

Andrew Rees, president and chief executive officer, said, “Amidst unprecedented market conditions globally, we delivered exceptional performance in our Americas and e-commerce businesses and increased profit despite a very challenging environment. Our performance demonstrates the strength of the Crocs brand and underscores the work we’ve done expanding the desirability, relevance and consideration of our brand and product offering globally.”

Results were way above Wall Street’s consensus estimates that called for adjusted earnings of 14 cents on sales of $250 million.

COVID-19 Update On Operations
As described during its first-quarter earnings conference call and subsequent updates, COVID-19 impacted the Crocs business globally including store closures, or reduced operating hours, and decreased retail traffic. Most of its 360 company-operated stores were closed for some period during the second quarter as well as partner stores and wholesale customer doors. As of June 30, 2020, 98 percent of its company-operated stores were open.

While many brick & mortar stores were closed, Crocs.com and other digital commerce platforms remained open. Crocs saw record quarterly sales in e-commerce as well as strong sell-through in e-tail and wholesale partner e-commerce sites, as consumers migrated to online shopping. These strong growth rates have recently started to temper as brick & mortar has started to reopen.

As outlined during its first-quarter earnings call, Crocs focused on positioning the business for both short- and long-term success. Its leadership quickly established both a defensive and offensive playbook that Crocs began to implement in early March. The defensive measures are now complete, and its offensive playbook has started to show results as evidenced by its second-quarter performance.

Share Repurchase Activity
As previously announced, Crocs temporarily suspended share repurchases to preserve maximum liquidity and flexibility. During the second quarter of 2020, Crocs did not repurchase any shares. As of June 30, 2020, approximately $469 million remained on its share repurchase authorization.

Investments to Support Long-Term Growth
During the second quarter of 2020, Crocs opened its new global headquarters in Broomfield, CO, less than 20 miles outside of downtown Denver. The facility will allow Crocs to expand its ability to attract talent. Crocs also entered into a lease for a new distribution center adjacent to its existing facility in Dayton, OH. The new facility will be dedicated to e-commerce fulfillment and will increase its distribution capacity in the Americas. Finally, Crocs anticipates completing the relocation of its distribution center in the Netherlands in 2021.

Financial Outlook
Given the continued disruption and global uncertainty related to COVID-19, Crocs previously withdrew the guidance provided on February 27, 2020. It is not providing third-quarter guidance; however, excluding the impact of any future shutdowns in major markets for full-year 2020, Crocs expects: