Crocs Inc. reported a loss of $53.1 million, or 70 cents a share, in the fourth quarter. Revenues declined 9.7 percent to $206.5 million, in line with expectations.

CEO commentary
“We delivered fourth quarter sales in line with expectations,” said CEO Gregg Ribatt. “Our business was essentially flat to last year, on a constant currency basis across all regions including the Americas, Europe, Japan and Asia with the exception of Latin America and China.”

Ribatt said the company has made meaningful progress on implementing a strategy it outlined last July that calls for:

In the second half of 2014, for instance, Crocs eliminated non-core product categories, closed more than 100 stores, reduced headcount, and simplified its international operations.

“We are confident these moves will enable us to streamline our business model, focus on our biggest and most meaningful opportunities, and position the company for growth in the future,” Ribatt said.

Financial outlook
Ribatt said 2015 will be a transition period for the company.

“Our business continues to stabilize across all of our regions while we address the continuing challenges of the stronger US dollar and our China business,” he said. “We expect Q1 revenues to be down on a constant currency basis by 10 percent to 12 percent, to a range of $260 to $265 million, driven primarily by declines in our China business. We expect the declines to moderate substantially in Q2 and growth to return in the second half of 2015 as many of the strategic changes we implemented in late 2014 positively impact the business.” 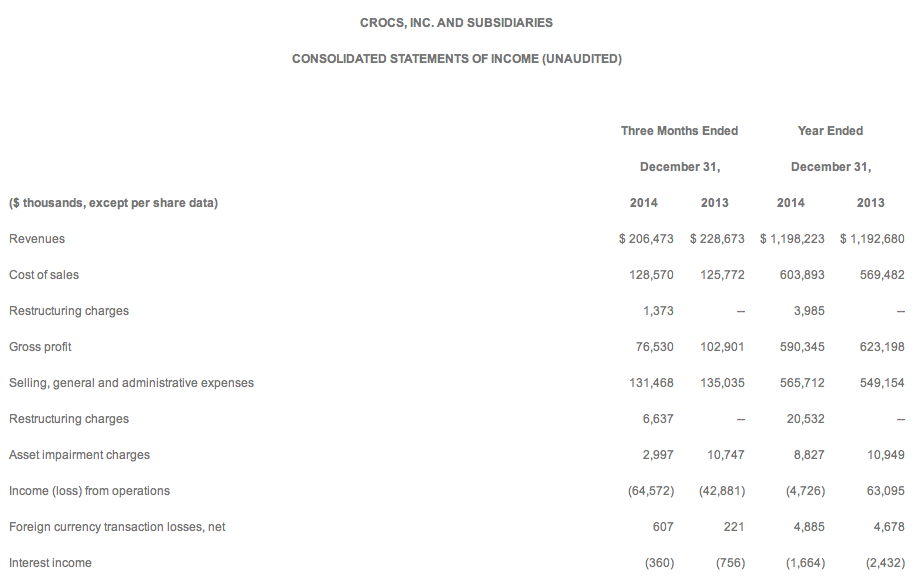 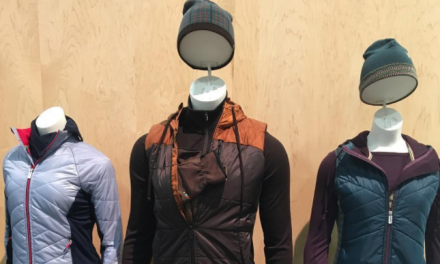