Crocs Inc. Senior Vice President and CFO Jeff Lasher is leaving the company to take the CFO position at West Marine Inc., Crocs reported Tuesday. Lasher, who joined Crocs in 2009 and was named chief financial officer in 2011, will remain with the company through early November, when he will join West Marine.

“For the past six years, Jeff Lasher has played a key role in leading the company through major transitions, including the strategic repositioning that Crocs has been going through during the past year,” said Gregg Ribatt, Crocs chief executive officer. “Jeff is well-respected by investors, employees and our board of directors. We appreciate his many contributions to Crocs and wish him well in his future endeavors.”

“Mike Smith is a hands-on, strategic business leader with significant senior-level finance and business experience in the footwear and apparel industry,” Ribatt continued. “Mike is well positioned to make a great impact on the company as interim chief financial officer.”

Crocs will retain a global executive search firm to assist with the search for a permanent chief financial officer. 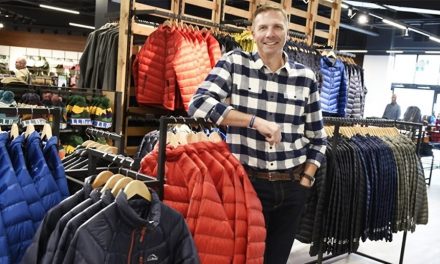