Cramer Jumps into P.E. Business with Both Feet…

Cramer Products had to make the decision to either build or sell when it came to its PE products business, but the companys decision to pursue the latter actually led to an acquisition that supports the first option. Cramer will definitely grow its PE business after the company last week announced it had acquired Cosom Sporting Goods, which primarily makes molded plastic items that are marketed to schools, recreation programs, and senior centers.

In an exclusive interview with Sports Executive Weekly, Cramer president and CEO Tom Rogge said that Cosom had actually wanted to buy Cramers PE products unit. He had been approached by Cosom president and CEO Tom Swartz in the past and had told Tom to “give him a call” if they ever wanted to sell the line. Rogge said the line only made up about 10% of Cramers sales and they had made a decision that they either needed to “grow it or get out of it”.

Rogge made that call to Swartz, but during due diligence the conversation soon turned to the idea of Cramer buying the Cosom line. Cramer, which is a 100% employee-owned company, has been in the PE business for about 20 years according to Rogge, a business they got into and have built through acquisitions.

Phil Carlson, Cramers National Sales Manager, is a cousin of the founder of Cosom and actually ran the Cosom business for a time before it was sold to the current ownership.

“Theyre strong where were weak,” said Mr. Rogge.
Rogge would not share sales figures for the two private companies, but did say that Cosom does about 50% more business in PE than Cramer.

Were not buying the company, were buying inventory and equipment. The asset purchase agreement includes trademarks and patents. Rogge also indicated that they will integrate the product line into Cramers current operations in Gardner, KS. He did say they were interviewing some key Cosom personnel.

Both Cosom and Cramer do some finishing work with current product, but Cosoms molding production is all outsourced to other U.S. companies. Rogge said the Cramers PE product is about 75% sourced off-shore and 25% in the U.S. He said Cramer can roll some of Cosoms finishing operation in the Cramer facilities and they will need to rent some warehouse space for the short term as well.

The big opportunity may be on the sales side of the business. Cosom has done some direct business, but is primarily sold through distributors. Cramer is much stronger in institutional sales than retail and shares many of the same institutional customers.

“Cosom has markets we dont have o the retail side,” said Rogge. He said retail is about 15% of their current business, but is its fastest growing segment.

Cramer is working with a local bank to fund the all-cash deal that is expected to close by the first of June. 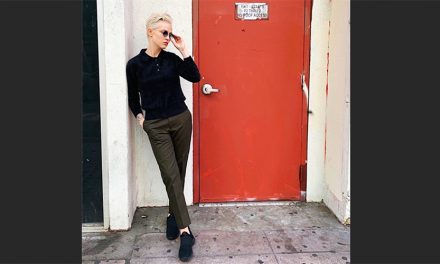